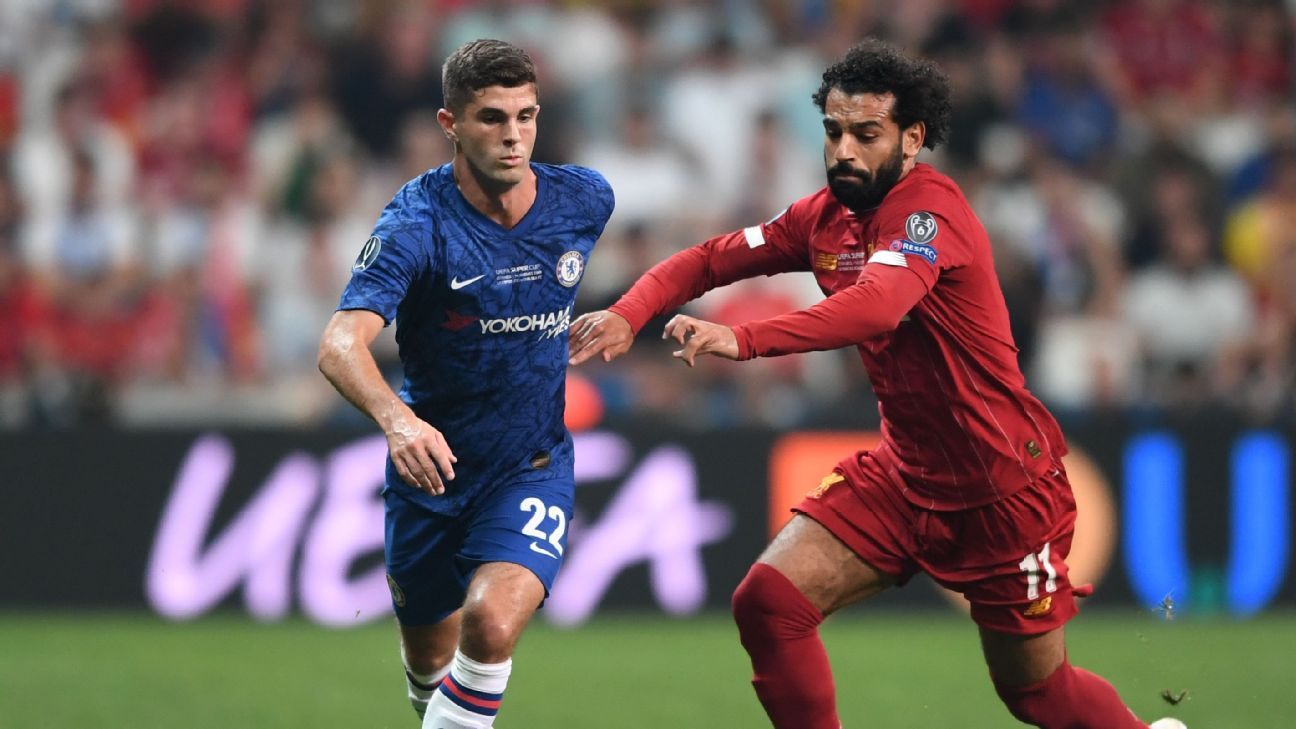 Pulisic, 21, has impressed since the league restart with important goals in back-to-back victories over Aston Villa and Manchester City.

– Insider Notebook: Bale, Zidane at breaking point
– What did you miss? The latest from Europe’s top leagues
– Stream ESPN FC Daily on ESPN+ (U.S. only)

The United States international has scored eight goals this season — only Tammy Abraham has scored more for Chelsea — but Lampard said the winger has the ability to contribute more goals.

“I think he can be a really big player, because he broke through at such a young age in Germany and he made a big move, obviously expectations rise but you have to keep the age in consideration,” Lampard said.

“There is no doubt about his quality, we can see that and he is very keen to improve. He’s particularly hungry at the minute because he missed some time with an injury.

“If he looks at players around him that have made that sort of a jump, he has the ability like Raheem Sterling to produce numbers from wide areas, like Salah and Sadio [Mane]. He understands the work that needs to be done to do that. He definitely has the talent, he needs to get to that level.

“I’m delighted to have him at the minute, he works hard everyday, he has to set his sights as high as he possibly can.”

Pulisic’s first season in England was hindered after a “freak injury” which kept him out of action since January but the break caused by the coronavirus pandemic has given him an opportunity to return to full fitness.

Chelsea are in fourth position in the league table and remain favourites to secure a Champions League place with a two-point advantage over nearest rivals Wolves.

Lampard’s side also defeated Leicester City on Sunday to book a spot in the FA Cup semifinals. Pulisic had a solid match against the Foxes before exiting the second half with tightness in his calf.