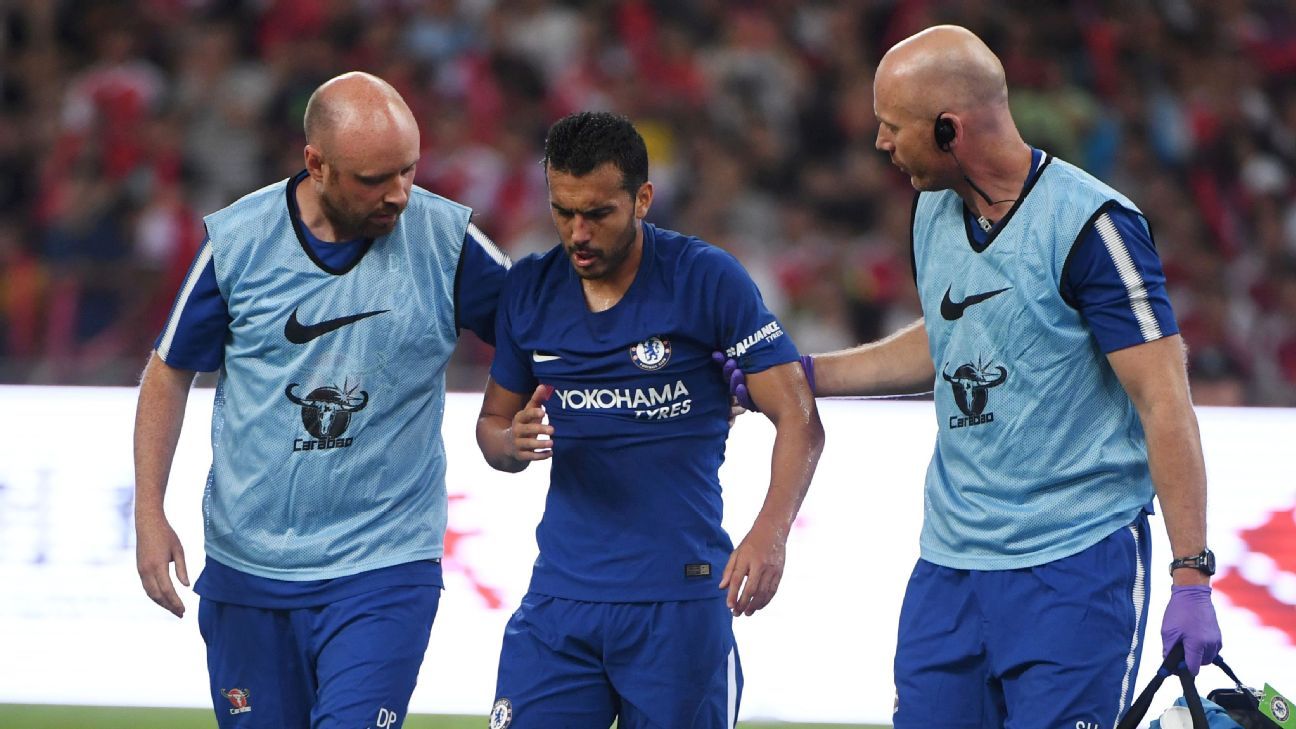 
Pedro will return home from Chelsea’s preseason tour after he suffered concussion during Saturday’s friendly victory over Arsenal.

Pedro, 29, left the pitch midway through the first half of the 3-0 win over the Gunners at Beijing’s Bird’s Nest Stadium after a heavy collision with goalkeeper David Ospina.

The club tweeted on Sunday: “@_Pedro17_ is heading home… #CFCTour.”

Manager Antonio Conte was hopeful Pedro could join his teammates on the next leg of their tour — Tuesday’s clash with Bayern Munich at Singapore’s National Stadium — but the Premier League club confirmed on Sunday morning that the winger would return to England for further observation.

A statement on Chelsea’s official website read: “Pedro stayed in hospital overnight in Beijing for observation having sustained a concussion and facial injuries in last night’s game against Arsenal.

“He will now return to London for further review.”

Michy Batshuayi was on target in each half as Chelsea saw off their Premier League rivals after Willian opened the scoring in China.