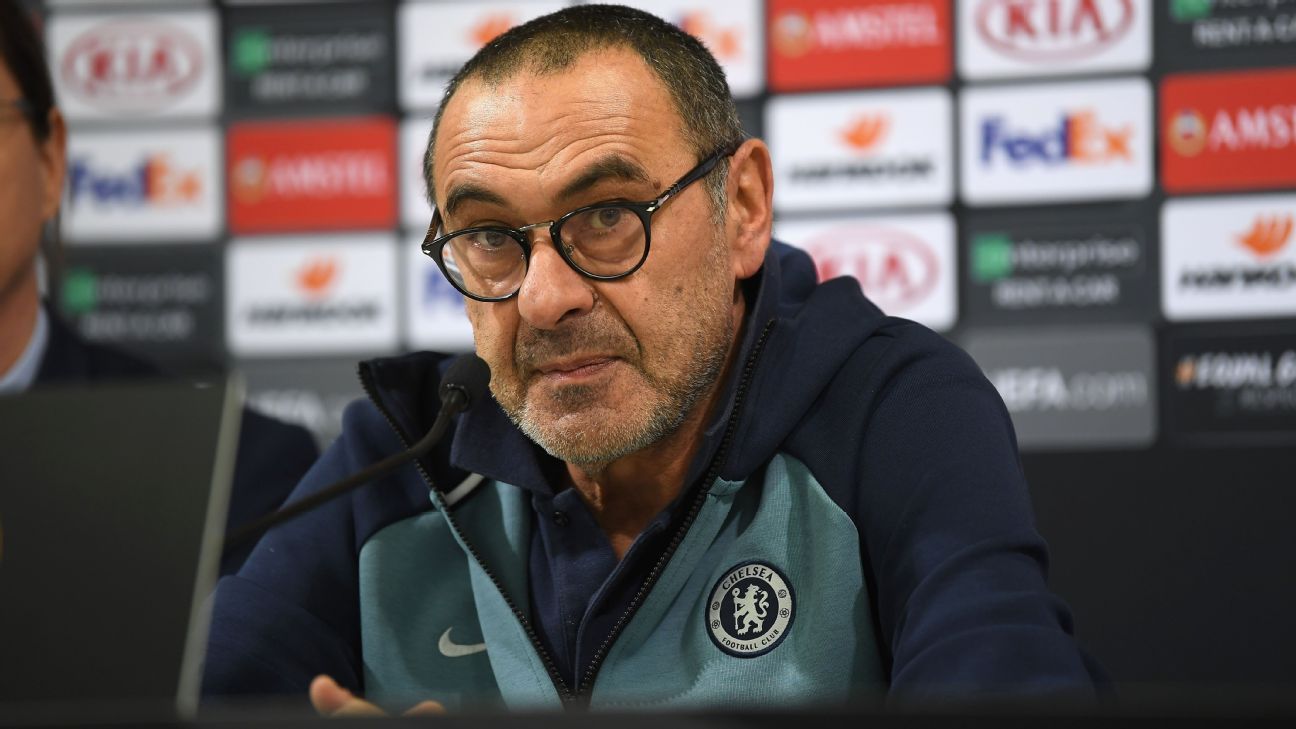 Sterling reportedly confirmed to police that he was subjected to racist abuse during Saturday’s game, and on Tuesday, Chelsea suspended four supporters from attending games “pending further investigations” into the incident.

Video footage is being reviewed by Metropolitan Police as part of their investigation, while Chelsea have pledged to ban and support prosecutions of any supporters found to have engaged in racist abuse.

In his first public comments since the Sterling incident, Sarri condemned it in the strongest possible terms.

Pressed further on the subject, he added: “It was disgusting. You know very well my opinion, the opinion of the club, but now we have to go on.”

Colin Wing, the supporter identified as hurling the alleged abuse at Sterling as the England international retrieved the ball from the byline, accepts that he insulted and swore at the forward but denies that his comments were racial in nature.

In a post on his official Instagram account on Sunday, Sterling said he laughed at the abuse he suffered at Stamford Bridge because he expects “no better,” and accused English newspapers of fuelling racial tensions with an unfair and negative portrayal of black footballers.

His comments have reignited the conversation about racism in English football, in the media and in wider society, and Chelsea midfielder Ruben Loftus-Cheek believes his England teammate was right to speak out on the issue.

“I haven’t spoken to Raheem about it,” he said. “I tried to leave him and deal with it mentally himself,” Loftus-Cheek said. “He is a strong-minded person, I am sure he will be alright.

“I think he was right in what he said. It shouldn’t be in the game or anywhere, so I think it was the right thing for him to speak out. I think if it happened to me then I would do the same thing.

“From Chelsea’s point of view I know there is an investigation and they do take the hardest response if it is racial abuse and tackle with it in the right way.

“I am sure most people don’t like this and It needs to be out the game as quick as possible. When incidents do come like this we have to take a hard response.

“It [racism] is something that players have talked about, especially me growing up as a black player and having black around me in the youth team, and when we have played abroad it does happen some times.

“We talk about it as players and how we should deal with it many times. It does go on and it needs to be out of the game as quick as possible.”