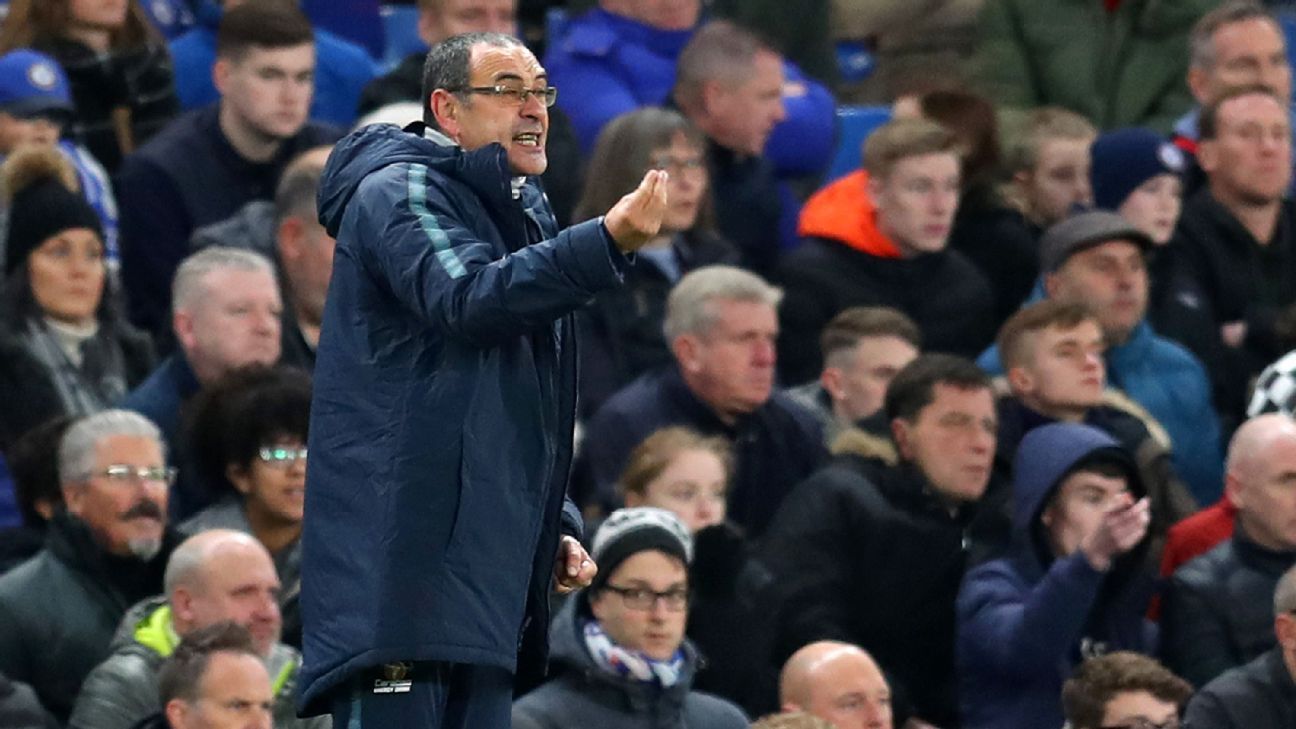 
LONDON — Maurizio Sarri has said “mental confusion” affected his Chelsea players as Leicester City inflicted a first home defeat of the season on the Blues.

Jamie Vardy applied a clinical finish to a lightning counter-attack to run out 1-0 winners at Stamford Bridge, with Eden Hazard striking the crossbar in the first half and Marcos Alonso clipping the inside of the post in the final minutes.

The result left Chelsea 11 points behind Premier League leaders Liverpool and level with Arsenal in the race for Champions League qualification, but after the game Sarri was more concerned with his team’s reaction to going behind in the second half.

“After the goal, the reaction was, for me, a strange reaction. Not in the right direction. Not as a team, but as 11 different players. So it was really very strange.

“I think we could have done better with the reaction. We had only to continue to play as in the first part of the match. There was time to score without a reaction like a team shocked, a team in mental confusion.”

It is not the first time this season that Sarri has publicly questioned the mentality of his players following a defeat.

“I don’t know,” he said when asked why the problem keeps happening. “If I knew, I’d solve the problem for this match. It’s difficult to understand because we have players with a lot of experience.”

Sarri once again deployed Hazard as a false nine against Leicester, and he said that the strategy was working until Vardy scored.

“I was really very happy at the end of the first half because, for me, we played very well,” he said. “We were dangerous and we conceded nothing to the opponents in the first half.

“So I was really very happy with the team, with the solution with Hazard. Then, after the goal, the position of Hazard was not important.”

Chelsea have little time to dwell on their disappointment with a trip to Watford to come on Boxing Day, and Sarri is hoping to see a different side of his players.

“It depends upon our reaction after the match. In the match, we had a bad reaction. Now it depends on the reaction in the next three days. But I think that it’s very important to play immediately.”

David Beckham increases Inter Miami ownership stake
Barcelona’s decline is no surprise. As Pique says, ‘it is what it is’
FIFA’s biennial World Cup proposal may be flawed, but it would address inequality among soccer nations
Hungry Like the Wolf? Wolves first UK club to launch music record label
Pep Guardiola fumes at Man City fans, but he’s really angry at his attacking options