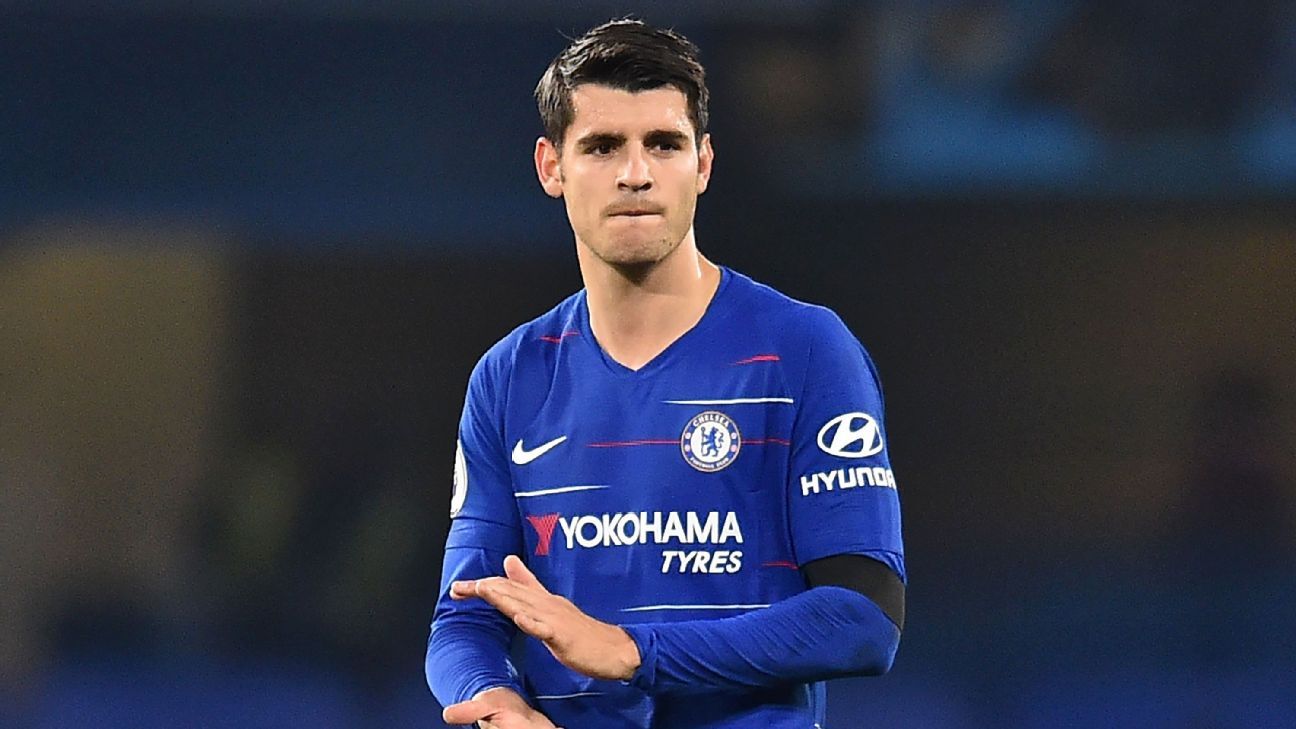 
LONDON — Maurizio Sarri admitted that Alvaro Morata is “a little bit fragile from the mental point of view” and challenged him to remain focused on contributing to the team’s play if he wants to continue his hot scoring streak for Chelsea.

Morata struck once in each half as Chelsea battled to a 3-1 win over Crystal Palace at Stamford Bridge to take his tally to five goals in his last six appearances in all competitions — his most prolific run of form since scoring eight goals in the first eight games of his Blues career to start last season.

The Spaniard has often cut a disconsolate figure at Chelsea during his dry spells in front of goal, and Sarri believes the solution is for him to focus on his all-around performances rather than judging himself purely on finding the net.

“Alvaro improved the last month,” Sarri said. “Improved for the confidence, improved for the personality, improved also from the technical point of view. Now he’s able to play more with the team, I think.

“But I think, also, that Alvaro has a very great physical and technical potential, so I think he can improve more.”

Asked how Morata can improve, Sarri replied: “He’s a little bit fragile from the mental point of view. But he’s very young. I think he can improve, improve very fast.

“For Alvaro, the goal has to be a consequence. He has to play for the team, with his [team]mates, without thinking about goals. Goals are usually consequence of teamwork.”

Chelsea were troubled by Palace’s organisation and speed on the counter-attack for long spells before Morata and Pedro Rodriguez scored to put the game out of reach, but their eighth win of the Premier League season keeps them unbeaten and brings them back to within two points of Manchester City.

Sarri remains sceptical that his team can challenge the defending champions over the full distance, but he is not setting limits on Chelsea’s domestic ambition.

“I don’t know [if we can keep up],” Sarri added. “At the beginning, we knew very well that there was a gap of 30 points from last season. So I think that, at the moment, we need only to think… to try to recover the large part of this gap.

“I am very proud to be the coach of this team. The [unbeaten] record is not one of the coach, but of the team. I was lucky. I have very good players, and my players, in the last two months, were able to win also without a great level of organisation from the tactical point of view.

“I hope to recover almost all the gap [to City], but I don’t know. I think it’s very difficult to cover 30 points in six months, but we are trying.”

Neither Arsenal nor Tottenham are where they want to be, but only the Gunners look capable of climbing out of their hole
Flamengo are eyeing Copa Libertadores final after win over Ecuador’s Barcelona
United States vs. Paraguay – Football Match Report – September 21, 2021
PSG’s Neymar fumes after Lyon’s Lucas Paqueta booked for rainbow flick
Why top assistants often struggle as managers