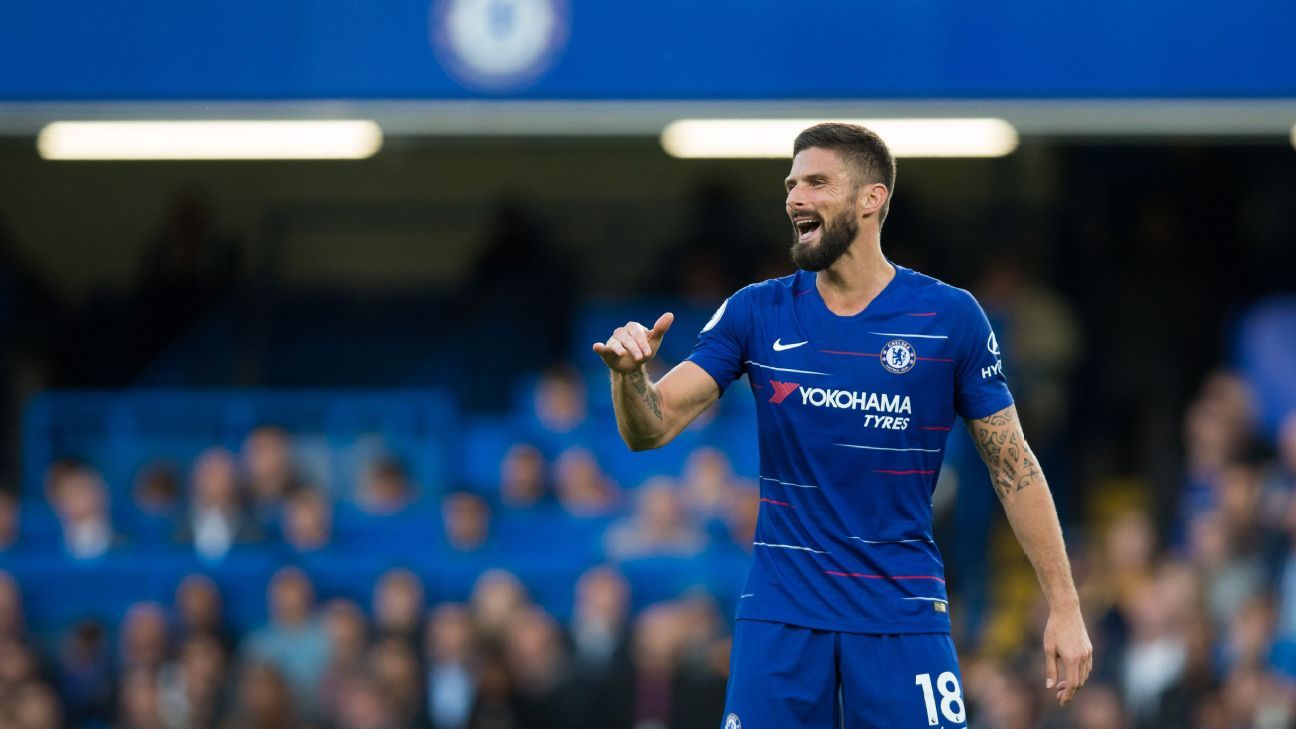 
Chelsea forward Olivier Giroud and goalkeeper Willy Caballero have signed one-year contract extensions until the end of the 2020-21 season, the Premier League club said on Thursday.

Giroud joined Chelsea from London rivals Arsenal in January 2018 and the 33-year-old has scored three goals in 13 matches in all competitions this season, featuring more prominently at the start of the year when Tammy Abraham was injured.

“Since I’ve been back at Chelsea, Olivier has been brilliant as a professional and as a man in general,” manager Frank Lampard said in a club statement.

“He has great qualities to help the squad both on and off the pitch, not only with his talent but with the example he sets every day and the experience he brings to our young squad. I am very pleased that will continue next season.”

Caballero, who joined from Manchester City in 2017, has played nine games this season.

“I trust in Willy, he trains brilliantly and is a great professional. He stepped into the team earlier this year and showed his quality, and his experience is invaluable in the dressing room,” Lampard added.

English football was halted in mid-March due to the coronavirus pandemic but clubs can now train in small groups as part of the Premier League’s “Project Restart,” which envisages a return to play in June.

However, no exact date has been set yet and the league has experienced several stumbling blocks including player’s concerns and disagreement over whether games should be held at neutral venues.

Chelsea were one of several clubs said to oppose neutral grounds, with concerns about sponsorship deals and home advantage.