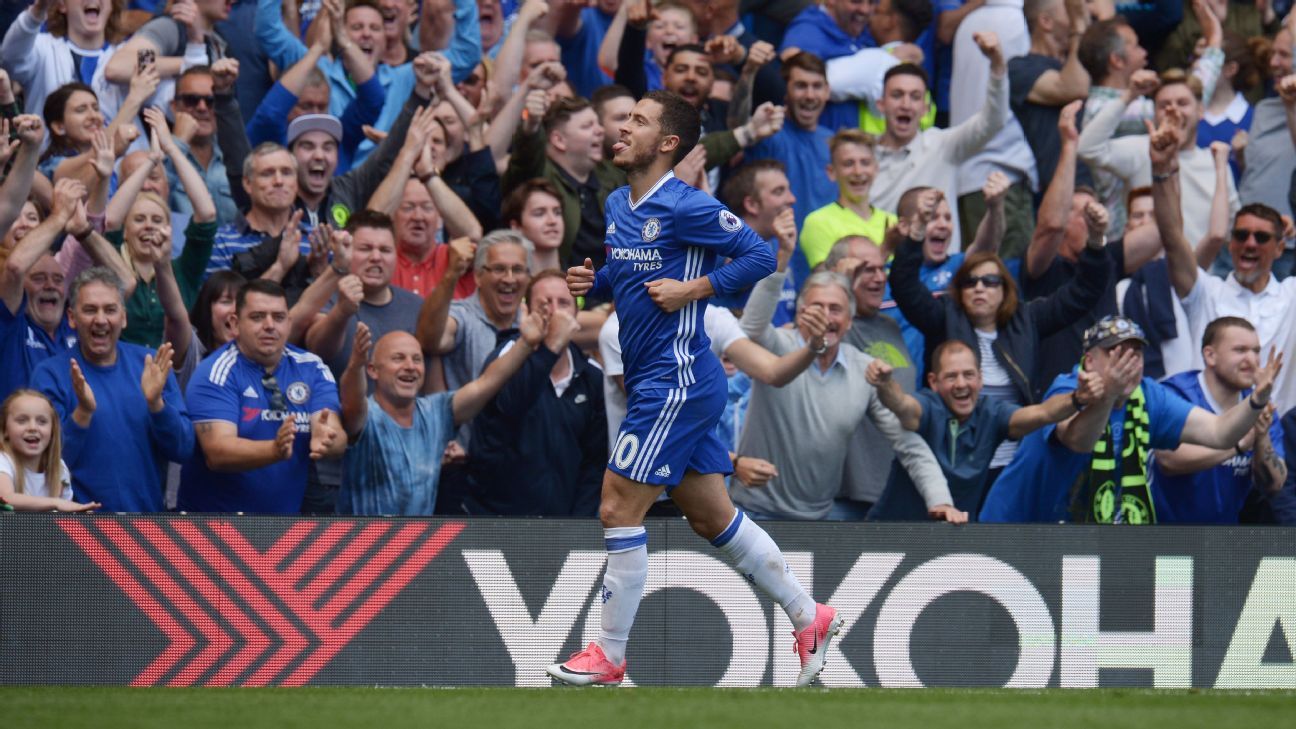 
Eden Hazard has not ruled out a possible summer move away from Chelsea by admitting he would consider an offer from Real Madrid.

Hazard, who has three years left on his contract at Stamford Bridge, has been linked with the Spanish champions after another impressive season with Chelsea, whom he helped win the Premier League title.

The 26-year-old was in Belgium preparing for their friendly against the Czech Republic on Monday and told the Het Laatste Nieuws newspaper he would listen if Real made an approach.

Asked if he would like to see an offer, Hazard said: “”Of course, I would consider it if Madrid made an offer. We all dream. It could be Spain, it could be staying with Chelsea.

“I think I can stay with Chelsea for many years, but it’s not something I’m thinking about right now. We’ll see.”

Hazard, who joined Chelsea from Lille in June 2012 for a reported £32 million, said he would be happy to stay at Stamford Bridge, but had not started talks about extending his stay.

“Not yet, but that can happen,” he said. “We’ll see you after the vacation. Previously we talked about [Paris Saint-Germain], now about Madrid, next year it will be a different club.

“In football you never know, but at the moment it’s not my mind. I’m a Chelsea player, I have another contract for three years. We’ll see.

“We had a great season with [Chelsea boss Antonio] Conte. We want to continue this season, now that we also play Champions League.

“We know it’s hard to conquer two titles in England, but we’re going to try it. It’s a pleasure to work with Conte.”

When asked if he had watched Real’s Champions League win against Juventus on Saturday night, Hazard added: “Yes, but if I ever wanted to go to Real, I could get there [and be] on the bench. I want the best solution for myself.”

On Sunday, Hazard fractured his ankle in Belgium training and will miss out on his team’s next two international matches and with a timetable for his return not yet established.