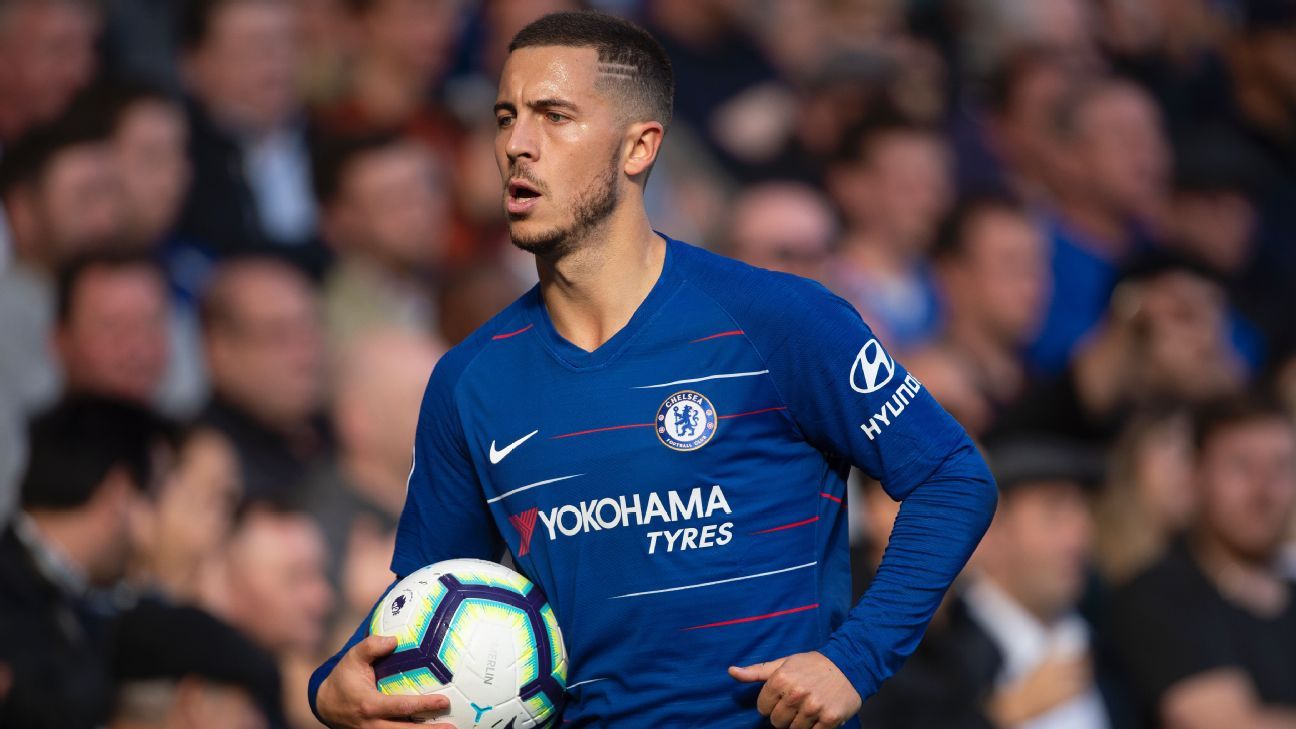 
Eden Hazard will step up his return from a back injury when Chelsea take on BATE Borisov in Belarus on Thursday, head coach Maurizio Sarri has said.

Chelsea are on the verge of qualifying for the Europa League knockout stages after winning their first three matches despite using Hazard only sparingly in the competition so far.

The Belgium international has played only 26 minutes in the Blues’ last four games after suffering the back problem against Manchester United last month, coming on as a second-half substitute in Saturday’s 3-1 win over Crystal Palace.

As a result, Sarri believes it is best for him to play in Borisov and regain his rhythm.

“From our doctor, there is no risk [to select him],” Sarri said. “Otherwise he stays at Cobham. In the last match he played 30 minutes, the best for tomorrow is that he plays 45 to 50 minutes.”

Cesc Fabregas was part of the 20-man Chelsea squad that travelled to Belarus on Wednesday despite suffering a fever, but Sarri said Alvaro Morata has stayed in the UK to rest after his two-goal contribution against Palace.

“He [Morata] played for three matches in a row, so I thought it was better to rest at Cobham and have good training,” Sarri said. “Morata stayed in Cobham just to rest, and then just to have training. I think it is better for him to stay fit with two or three training [sessions] than only with matches. It is normal.

“Sometimes it is better than to rest than always play. To train and [preserve] physical qualities. If they only play they will lose that physical quality.”

Olivier Giroud is available again after recovering from what Sarri described as “leg fatigue,” but Antonio Rudiger, David Luiz, Marcos Alonso and Victor Moses have been left in London as the Italian prepares to rotate his team.

Academy prospects Ethan Ampadu, Callum Hudson-Odoi and Marcin Bulka have been included in the travelling squad and could get a chance to play.