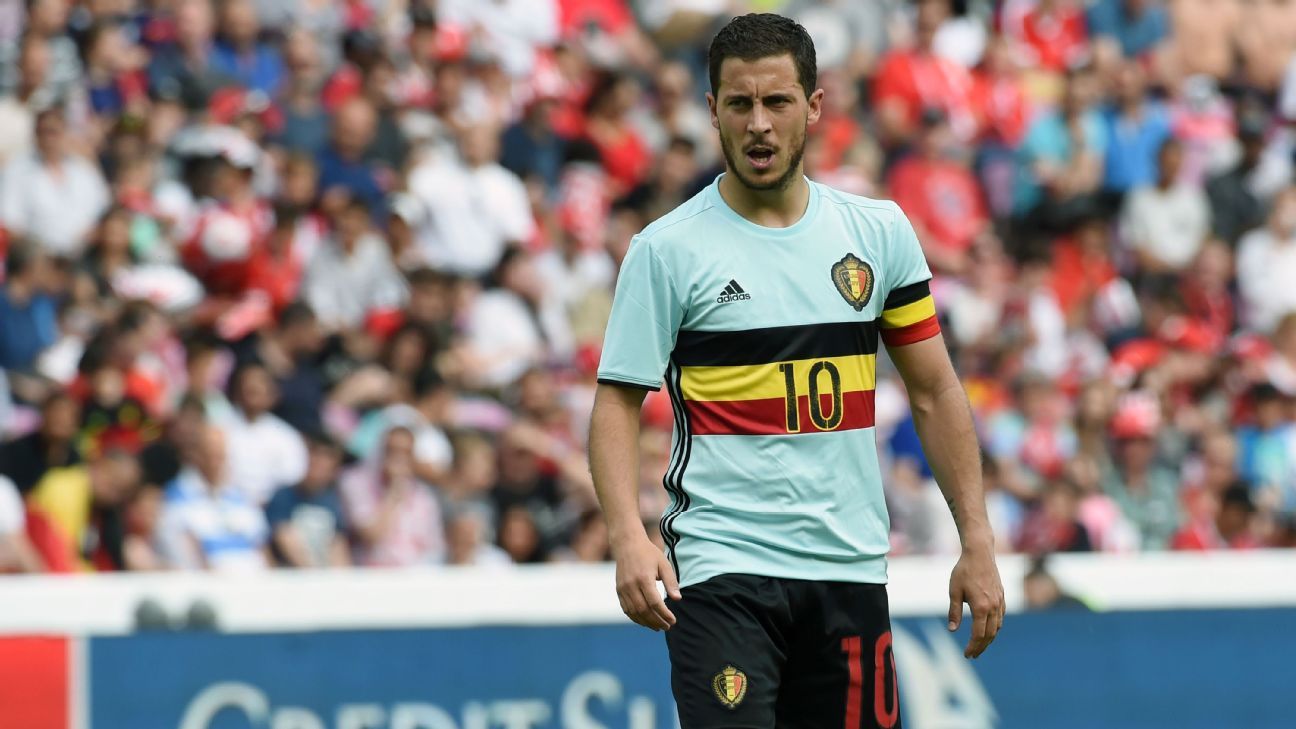 
Chelsea are waiting to discover if Eden Hazard will be fit for the start of next season after he fractured his right ankle.

The playmaker sustained the injury in training with Belgium on Sunday.

No timeframe has been put on the injury — although he will miss Belgium’s international against the Czech Republic on Monday and a World Cup qualifying match in Estonia on Friday.

However, it may impact on Chelsea, as well — for whom Hazard was back to his best last season as they won the Premier League under Antonio Conte.

The 2017-18 campaign starts in less than 10 weeks on August 12 — but three weeks before that there are preseason games against Arsenal, Bayern Munich and Inter Milan in Singapore from July 22-29, then the Community Shield against the Gunners on August 6.

Belgium currently sit first in Group H with 13 points from five games. They hold a two-point lead over second-placed Greece, with Bosnia-Herzegovina in third on 10 points.

They beat Estonia 8-1 in Brussels back in November.

Hazard, who joined Chelsea from Lille exactly five years ago for a reported £32 million, said earlier in the day that he would be happy to stay at Stamford Bridge — although he has not started talks about extending his stay.