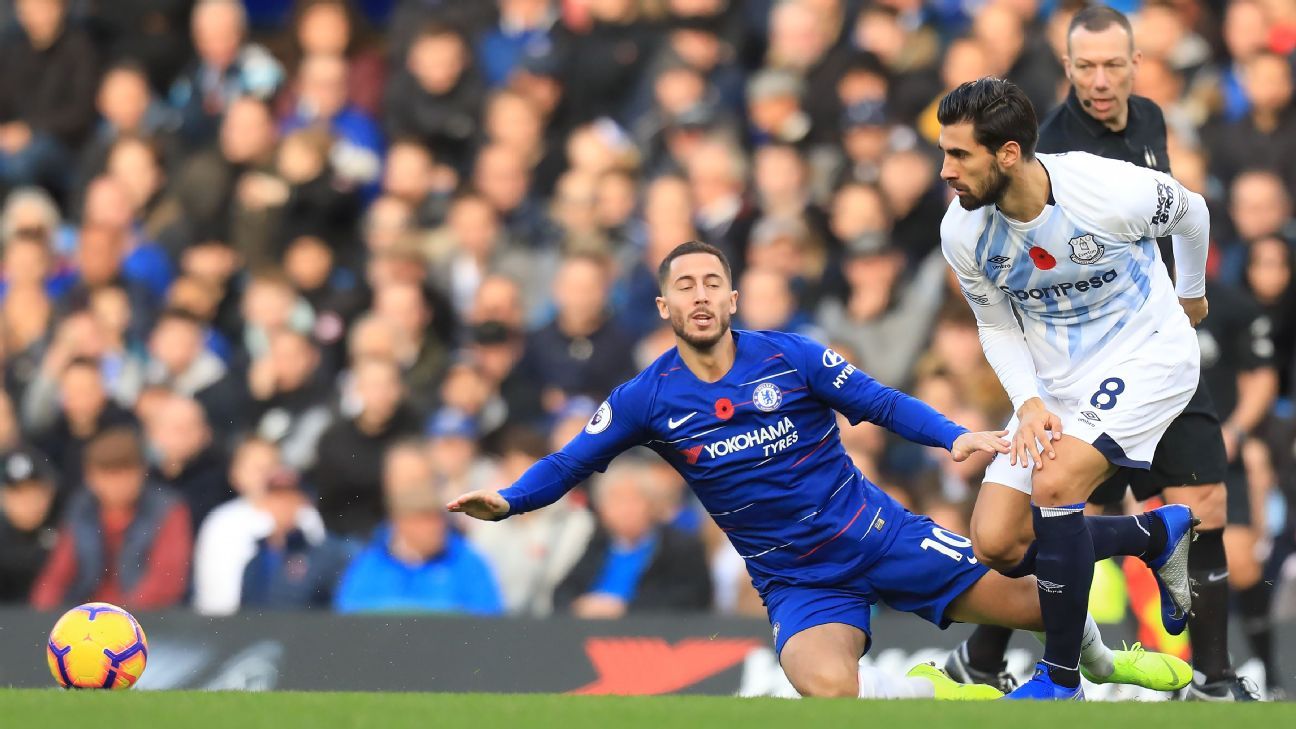 
Chelsea’s Eden Hazard is feeling the “wear and tear” of more than 10 years of playing professional football and is “not happy” with the amount of times he is fouled.

Hazard missed three consecutive games last month after suffering a back injury in the 2-2 draw with Manchester United, who were accused of targeting the Belgium international with fouls.

Since joining Chelsea from Lille in 2012, Hazard has been one of the most frequently fouled players in the Premier League — only Crystal Palace’s Wilfried Zaha ranks ahead of him this season and he is feeling the strain.

“It [being fouled] is part of the game, I think. I’m not happy [about being fouled so often], but it’s part of football.

“The referee tries to do his job and I try to do my best. When I’m on the ground, I get free kicks and each time it’s a chance for Chelsea to score.”

Hazard is enjoying a superb season, having registered seven goals and four assists in 11 appearances to help Chelsea maintain an unbeaten start under Maurizio Sarri and go third in the Premier League.

Chelsea are desperate to convince him to spurn interest from Real Madrid and commit to a new long-term contract, with sources having told ESPN FC that owner Roman Abramovich is prepared to make him the highest-paid player in the club’s history.

Last month Hazard told reporters that joining Madrid remained his “dream” and he wants to “make it happen,” but he added that he was also open to talks over a new deal.