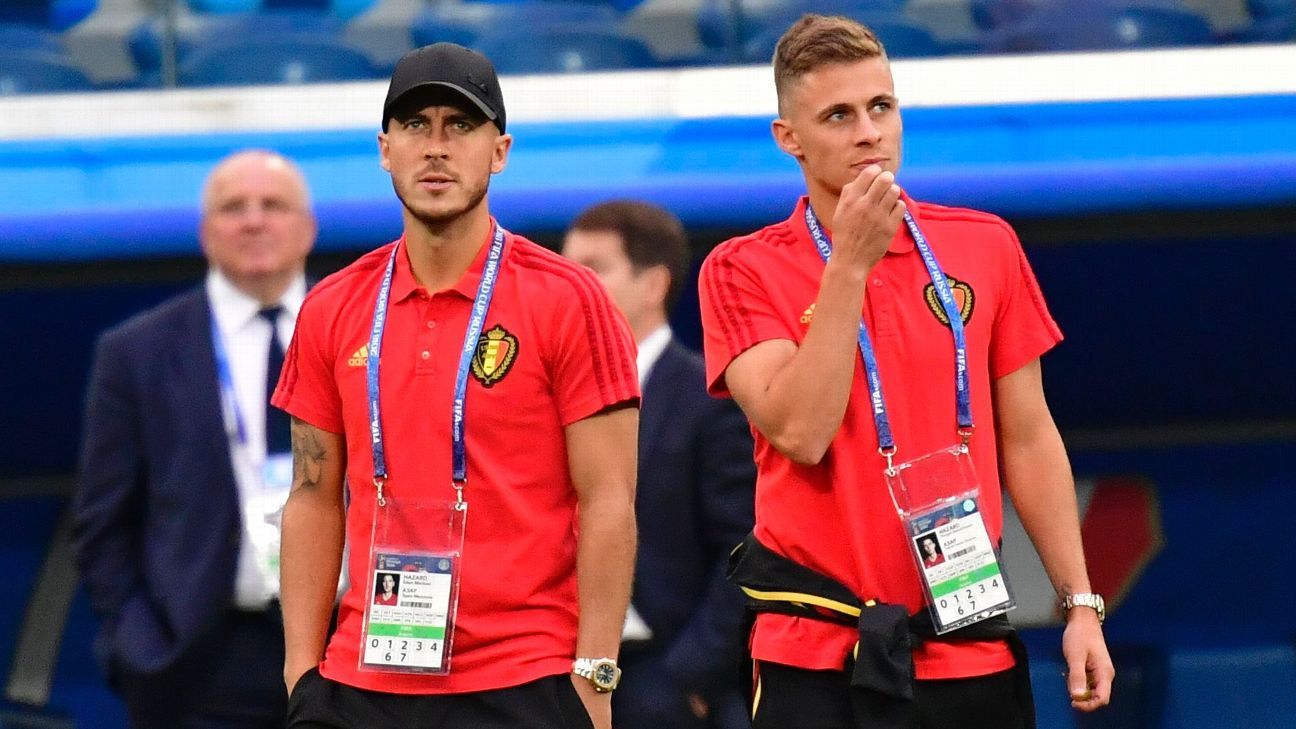 
Thorgan Hazard has said that it would be “difficult” to play in the same team as older brother Eden, adding that the Chelsea superstar “is a bigger player than I am.”

Chelsea signed the younger Hazard — one of four professional footballing brothers — from Lens in 2012 and, after spending all of his three years on the books at Stamford Bridge on loan, he joined Borussia Monchengladbach in a permanent transfer in the summer of 2015.

Thorgan has flourished in the Bundesliga, earning a call-up alongside Eden for the Belgium squad that reached the semifinals of last summer’s World Cup and registering four goals and three assists in his first eight league appearances this season. Eden, meanwhile, has surged to the top of the Premier League scoring charts with seven goals in nine appearances.

“We already play together for Belgium, even if we are sometimes not on the pitch together sadly,” Thorgan told German TV channel Sport1. “It’s a good feeling to play for your country alongside your brother.

“But, honestly? It would be difficult to play for one club with my brother. He is a bigger player than I am. I can learn a lot from him and must work hard to improve.

“I am a different type of player. Eden’s one of the best players worldwide. When I joined Chelsea, it was clear that I’d be sent on loan like so many other talents. And that’s why I went to Belgium for two years and I showed good performances there.

“When I played for the Blues, I was too young and not ready for the big step. Chelsea are a big club with outstanding players. It was a better decision for me to play for another team.”

Thorgan also said that, while he gets plenty of professional encouragement from Eden, football is not a regular conversation topic between them.

“Sometimes I watch his games and sometimes he watches mine,” he added. “Then it’s like: ‘Cool, keep it up!’ We don’t talk football that much.

“You might think that’s the case from the outside, but it’s not like that. We talk family and the kids. We are in touch nearly every day, but football is not that big of an issue. Eden does not give me any advice. He’s just happy for me and, of course, is incredibly proud of me.

“I am just not as talented and must work hard to learn the things he might learn much faster. I am being totally honest here. Moreover, Eden has worked a lot on himself in the past year. He’s in top form and wants to win the title with Chelsea.”