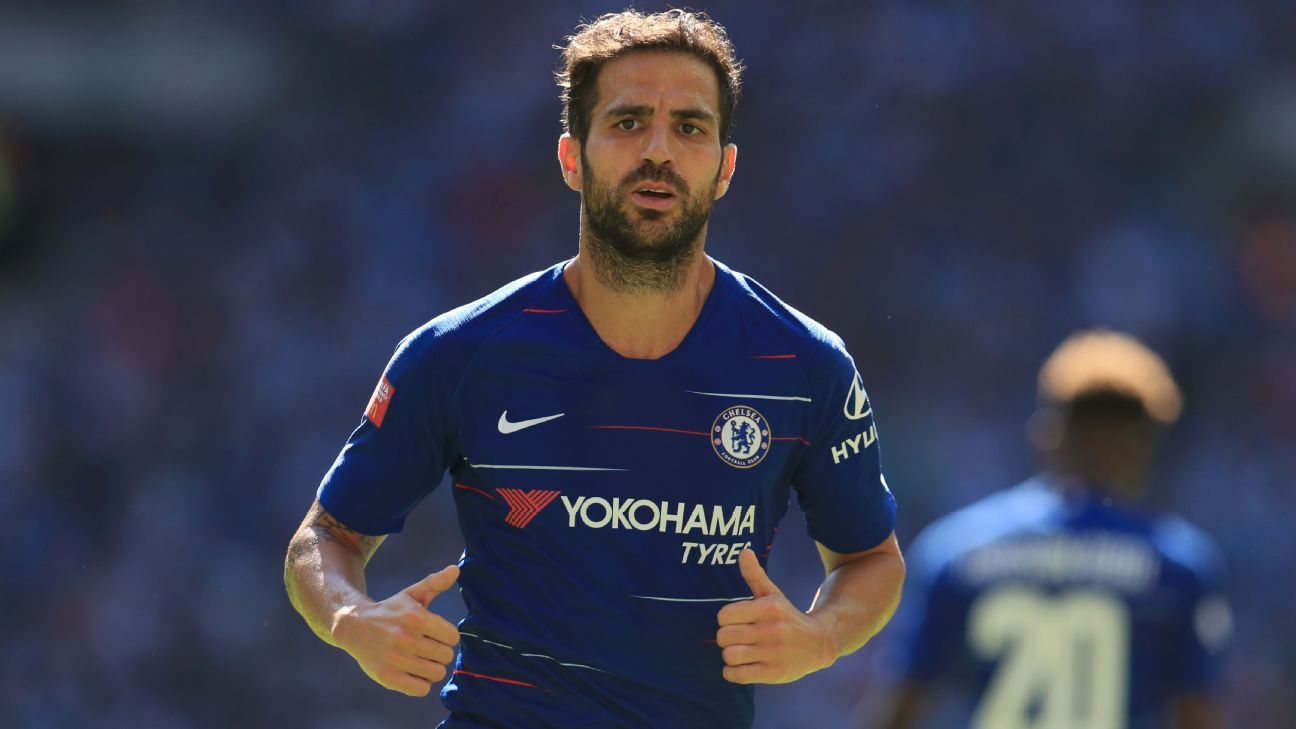 
Cesc Fabregas plans to stay at Chelsea for the rest of the season whether or not he is offered a new contract, but expects interest from “many clubs” in January.

Sources have told ESPN FC that AC Milan have a serious interest in signing Fabregas, who has struggled for regular playing time under Maurizio Sarri but starred in Thursday’s 4-0 Europa League win over PAOK.

Speaking after the match, Fabregas, set to become a free agent in the summer, indicated that he would see out his current deal after playing in the centre of a three-man midfield against the Greek side.

“I haven’t spoken to anyone,” he said. “Obviously in January I can sign [a pre-contract agreement] with whoever I want, and probably this will attract many clubs.

“But so far, from what I can say right now, I will stay here until the end of the season.

“I would rather be on the other side of the team [playing in the Premier League], but I play at Stamford Bridge. I’m happy. That’s the most important thing. Of course every player wants to play more.

“I know that he [Sarri] rates me highly, but at the same time it’s a new position for me and I think it is just my fifth game starting in it.

“I only played there when I was 10 or 12 in the academy at Barcelona. It is something new to learn. At the same time, I can give more in other positions.

“Maybe at the moment, he still doesn’t see it. We have had a chat about it and maybe in the future it will start to happen. But at the moment it is what it is and you just have to take it.”

Fabregas is one of a number of Chelsea players to have become frustrated on the fringes of Sarri’s plans, but believes he will get more opportunities during the busy festive fixture schedule.

“I will play in the Premier League now,” he said. “In December I will play games. I already know which games I will play, and I am ready for it.

“I have spoken to the coach. He has been straightforward with me, and I need to be ready when the opportunity comes.”