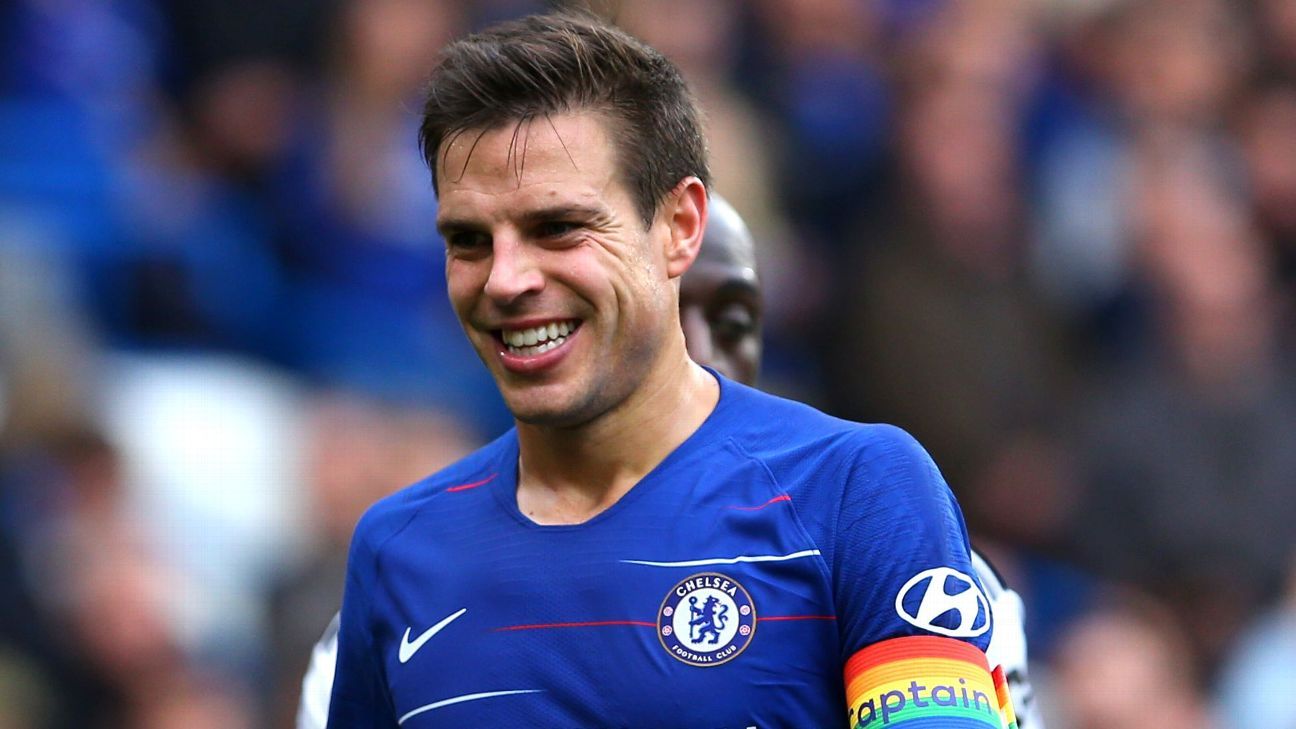 
Chelsea defender Cesar Azpilicueta has signed a contract extension which will keep him at the club until 2022.

The Spain international moved to Stamford Bridge in 2012 and has captained the side on several occasions this season in the absence of permanent skipper Gary Cahill.

“I am really happy to extend my stay here at Chelsea,” Azpilicueta said. “Since I came, I felt the joy and responsibility to play for this club, these fans, and every time I go on the pitch I try do my best.

“Hopefully there is a lot to come and we can keep Chelsea where it belongs.”

Delighted to be a blue until 2022. Since I arrived in 2012, my desire has been always to give my best and fight for this club, and now more than ever, I feel the responsibility to bring more success to this family.

WE WILL KEEP THE BLUE FLAG FLYING HIGH !

Azpilicueta won the Europa League in his first season with the club, before adding two Premier League titles, the Carabao Cup and an FA Cup.

Chelsea director Marina Granovskaia was delighted to see the 29-year-old extend his stay at Stamford Bridge.

“Cesar is one of our longest-serving players and has proven to be a fantastic acquisition over the past six years,” she said. “His professionalism and consistency in that time have been second to none and he has also developed into one of the squad’s most influential players.

“This new contract will take Cesar to 10 seasons at Chelsea, and we hope that over the next four years he will be a key part of our success.”