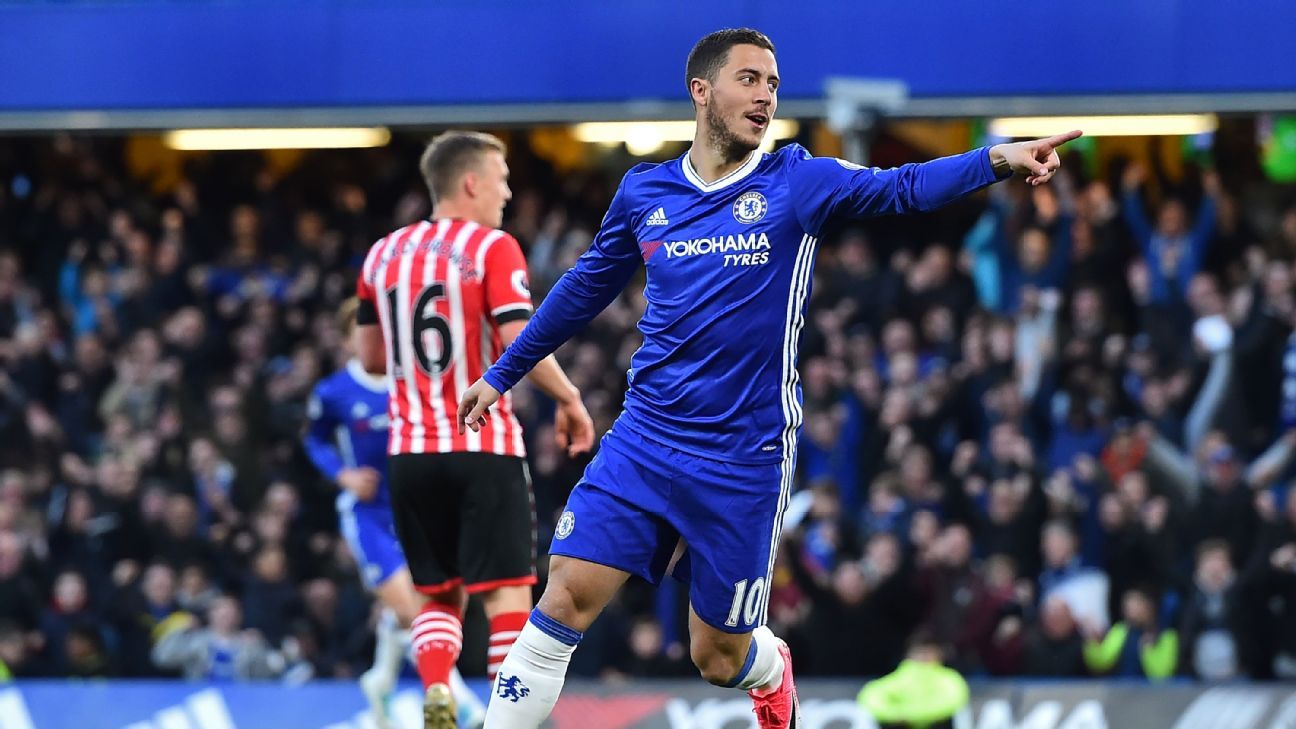 
SINGAPORE — Chelsea manager Antonio Conte has dismissed speculation linking Eden Hazard with a move to Barcelona after reports emerged in the Spanish media that the Belgium international is being lined up as a potential replacement for Neymar.

Paris Saint-Germain have been linked with a big-money move for Neymar and, according to Radio Marca, if Barcelona lose the Brazil international, they will make an offer for Hazard.

However, Conte says that Hazard is very much part of his plans for the season ahead and suggested the rumours were just standard transfer-window gossip.

“I know nothing about this situation,” Conte said. “In the past, I have read a lot of stories about Hazard to Real Madrid and now with Barcelona. This is the transfer market and we must understand this. I think Eden is very happy to stay with us and playing for Chelsea.”

Hazard is not currently in Singapore with the rest of the squad as he continues his recovery from ankle surgery.

Conte said his recovery is going well but added it was difficult to set a date for his return.

“It’s difficult to say because when you are coming back from a bad injury, it’s not easy to schedule an exact date to come back,” Conte said.

“The recovery is going very well and you know the importance of this player for us. Every single player must be in their best form to play, otherwise we risk putting the players in a bad position and this can damage the team.”

The Chelsea boss said he is satisfied with the way the club’s preseason tour of Asia has gone, despite the travelling, the intense schedule and the incident that saw Kenedy sent home for comments made on social media.

“I’m pleased with this preseason because I saw the right commitment from my players,” Conte said. “They are working very well and it’s a pleasure for me to see this.

“We were lucky to have one week to prepare in our country and then to come and have this type of preseason. It’s not easy, but I think this is modern football.”

Chelsea have made a number of signings this summer, with Alvaro Morata, Antonio Rudiger, Tiemoue Bakayoko, Willy Caballero and Ethan Ampadu all joining the club.

However, Conte says that he would still like to make some further additions to his squad before the start of the club’s Premier League title defence.

“My club knows very well my ideas and the positions we have to strengthen,” Conte said. “If this is possible, it’s OK, otherwise we continue this way.”