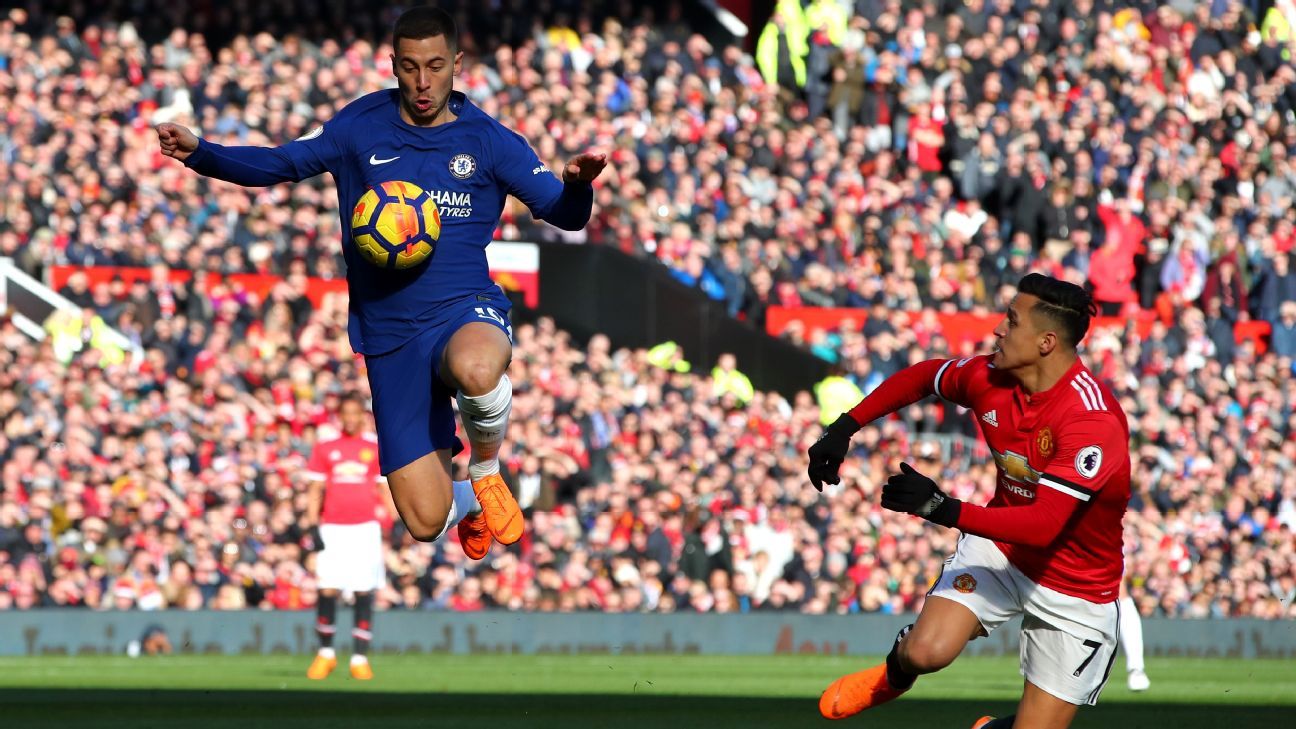 Hazard tormented the United defence in tandem with Willian in the first half at Old Trafford, playing in the Brazilian for the opening goal in the 32nd minute, but Romelu Lukaku pulled the hosts level with a close-range strike after good work from Anthony Martial seven minutes later.

The match was finely poised when Conte replaced Hazard with Pedro Rodriguez in the 73rd minute, but Lingard glanced in Lukaku’s cross at the near post shortly afterwards to complete United’s comeback and hand Chelsea their seventh Premier League defeat of the season.

Conte’s substitution of Hazard drew widespread criticism, but after the match the Chelsea head coach insisted he replaced the tiring Belgian in an attempt to preserve the “balance” of his team.

“It was a tactical decision,” Conte said when asked if Hazard was injured. “We have to keep the same performance for 90 minutes. Otherwise we don’t have a great balance. Every single player has to work with the ball, without the ball, otherwise we lose our balance and the game.

“I think he finished his energy. In the first half he ran a lot. In the second half he started the same way but when I see a player is a bit tired, my task is to find a different solution.”

The defeat leaves Chelsea two points adrift of fourth-placed Tottenham after 28 Premier League matches, and with the unenviable task of taking on runaway leaders Manchester City at the Etihad Stadium next weekend.

“For sure we must be disappointed for the final result,” Conte added. “I think today we had a good chance to get three points against a competitor for a place in the Champions League, but at the end we are talking about another defeat.

“We must be disappointed because when you have this type of situation you have to manage the game better and you must be able, with experience, with maturity, to get three points. Instead for another time we are talking about a loss and we must be very disappointed.

“I am repeating the same concept many times, but in this league to find a place in Champions League is not simple, it is not easy. In this country there is the only championship that you can find six teams that start to fight to win the title and for a place in the Champions League.

“This is the only country to have this competition and there is this risk to stay out of the Champions League. We must be ready to fight, to understand this, to be concentrated and to understand that this target is an important target for us but it won’t be easy.”