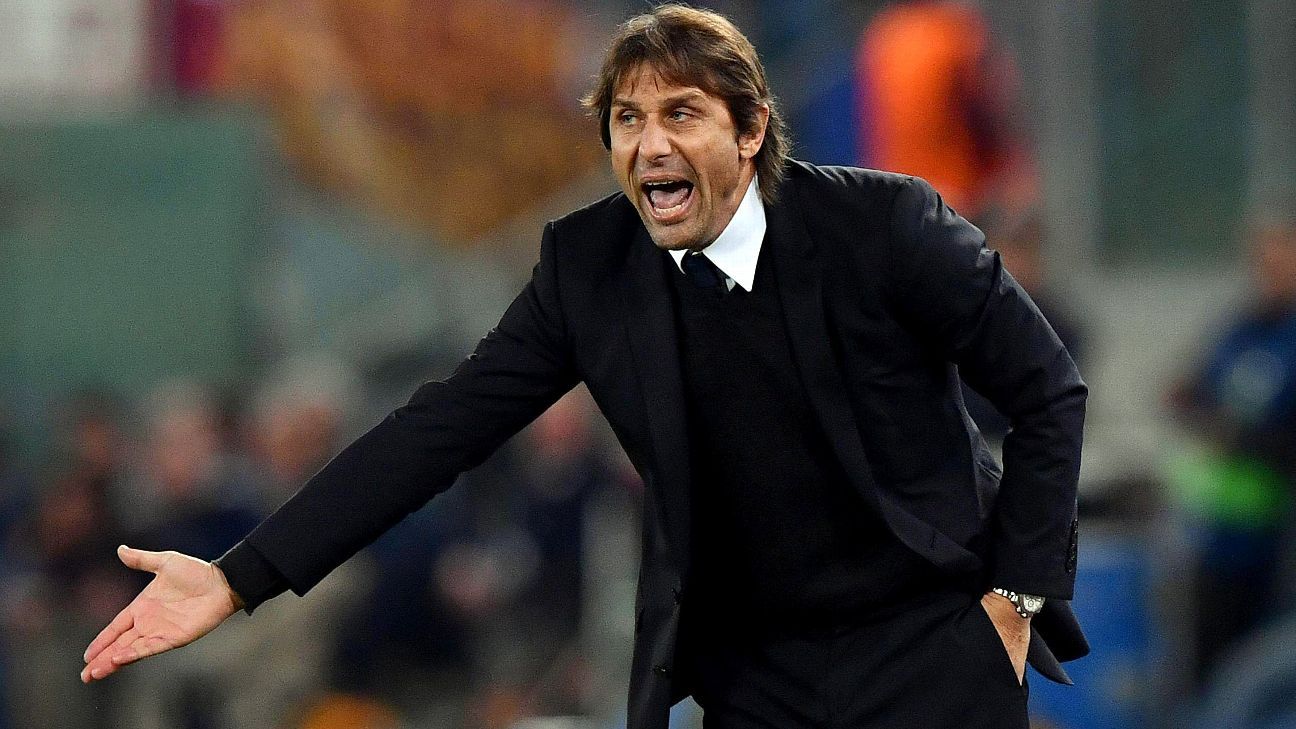 
Antonio Conte has played down speculation that he could take over AC Milan next season, while the Serie A club have also moved to dismiss any rumours of contact with the Chelsea manager.

Ex-Juventus and Italy boss Conte was linked with a move to Milan in the summer, when he spoke openly about how he had missed his family and struggled to settle in his first season in London.

Those rumours have flared up again recently with current Milan coach Vincenzo Montella under pressure due to unsatisfactory results and talk of Gennaro Gattuso being placed in charge until the end of the season — when the club could then try to appoint Conte as a long-term solution.

When asked to comment on the rumours by Sky Sport Italia following Chelsea’s 1-0 win over Manchester United on Sunday, Conte stated he did not want to think about such speculation.

“Oh come on, forget it,” he said. “Let’s try to remain focused because, as I’ve said, between now and the end of the year, it’s going to be a difficult path to follow in every sense because, look, every single day another story and another thing comes out, and they like this kind of situation here.

“I’m so focused on Chelsea — I’ve got to do the best I can for Chelsea. I know we’ve got a very hard, intense season ahead, but if we have the spirit and the enthusiasm that we’ve seen today, we’ll try to fight against everything and against everybody.”

Mirabelli was also asked his opinion on the rumours prior to Milan’s 2-0 win over Sassuolo on Sunday — a result which alleviates the pressure on Montella going into the international break — and he was equally dismissive of the talk.

“Believe it or not, these are things which are only part of your world; they are journalistic creations,” he told Mediaset. “We are involved in a league season and we’re not looking at what’s going on elsewhere.

“We have faith in Montella and we are working every day on continuing this project. Maybe we expected less difficulty compared to what we have had, but we are still united in this project.”

After committing over €200 million to new players in the summer, Milan envisaged a return to the Champions League next season.

They are still nine points adrift of the top four, with fourth-placed Lazio’s home game with Udinese postponed on Sunday, but Montella says he is not going to revise his objectives.

“Even though we still have to improve a lot to close in on the teams ahead of us, in terms of our games against our direct rivals, it’s not like you could see much of a difference,” Montella told Mediaset.

“We’ve lost them, though, so that means we still have to grow in certain areas, and I am convinced that we will do and that we will pursue our objective right to the very end.”

Sunday’s win lifted Milan to seventh, still four points behind sixth-placed Sampdoria and a qualification berth for the Europa League next season.