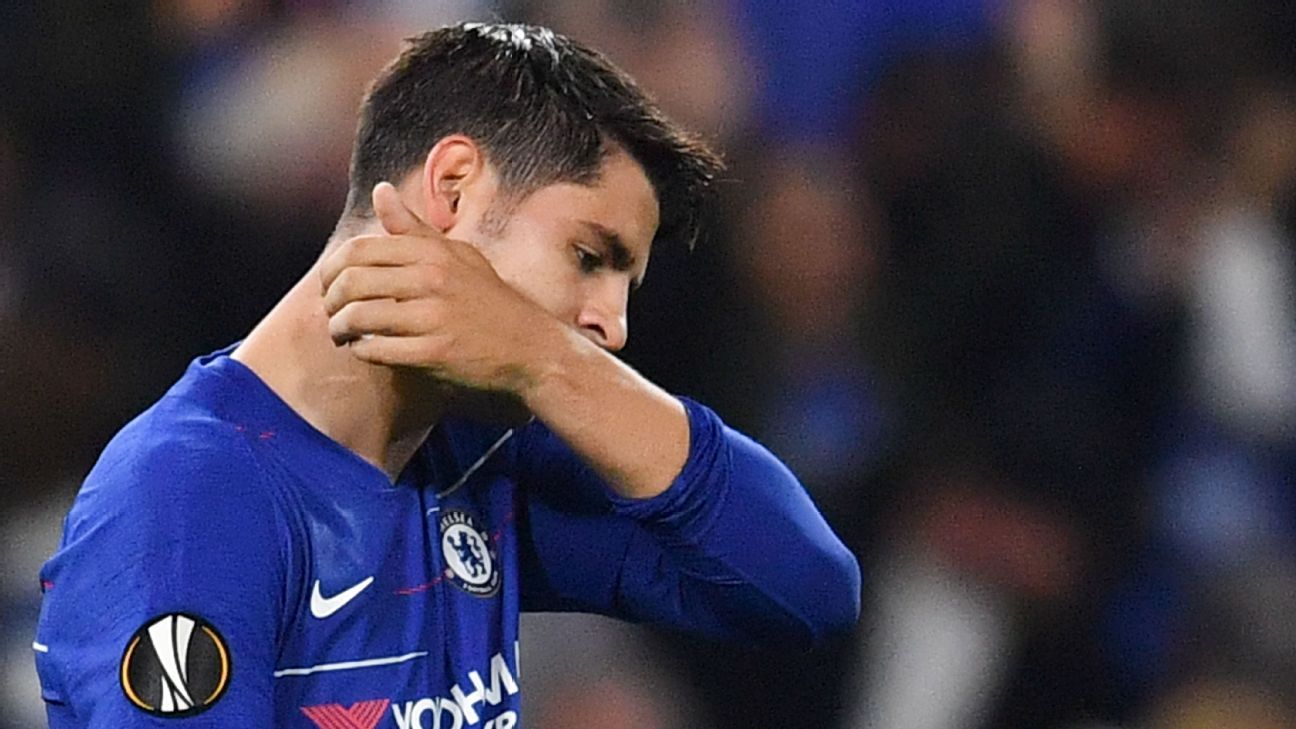 
Alvaro Morata said that he is seeing a psychologist to help him deal with the “pressure and emotions” he experienced at Chelsea last season, adding that he briefly thought about leaving Stamford Bridge last summer to join a club where he could play “without pressure.”

Chelsea paid a then club-record £58 million to sign Morata from Real Madrid as Diego Costa’s replacement in the summer of 2017, but he faded badly after a bright start as injuries and off-field events — his close friend was killed in a car crash and his wife endured a difficult pregnancy with the couple’s twin boys — sapped his sharpness and confidence.

Morata insisted earlier this month that he feels better mentally on and off the pitch this season, and in an interview with Spanish newspaper ABC he said that regular sessions with a psychologist have helped him escape the dark place he found himself in during his first year in England.

“I think it’s very important to have confidence,” Morata said. “Things go well for you. In this period of my life I have realised that you always have to train your mind. It’s not only about being physically prepared. To withstand the pressure, you also have to work, it is the most important thing in our field.

“I had never thought about training the mind, really. When a player hears the word psychologist at the first, you are taken aback, but I realised that I needed help.

“At first, I was a bit embarrassed to talk to the psychologist and tell him all my problems and with the help of everyone I have managed to recover happiness in football.

“The idea of going to the psychologist, for anyone who has any problem, is associated with something negative. I think everyone sees it that way when it’s really a very important thing. Now I am happier than ever at Chelsea and happier than ever in the national team even if it is not my best moment on the pitch.

“I’ve scored goals again, but it’s not when I’m playing my best football. I will continue going to the psychologist, it helps me to manage the pressure and emotions.”

Morata scored just three goals in 22 appearances for Chelsea between January and May, and his prolonged slump fuelled scepticism among many supporters that he was capable of filling Costa’s boots.

Morata’s lack of form resulted in him being left out of Spain’s squad for the World Cup in Russia, and the disappointment prompted the striker to contemplate whether he was mentally cut out to play at the highest level.

“I told my wife and my family that I had to take a step or two back to enjoy [football] again,” he continued. “I was under a lot of pressure and when you’re like that you stop enjoying [football].

“It is at that moment when you have to realise that either you let them help you and listen to you or you can keep on getting worse. This summer I said to myself once or twice that I wanted to go to a team where I would be happy again, without pressure.

“My wife laughed and said: ‘Do not say nonsense…’ Many things happen in your head but now I am enjoying [football] again. It was a matter of adjusting my head, which is what controls the body.”

FIFA row has done ‘irreversible damage’ to clubs
How the hit show strives to get the soccer right
Why top assistants often struggle as managers
Chelsea beat Tottenham with ease, PSG’s super-trio needs work, Juventus in deep trouble
Real Madrid’s Marco Asensio gets 9/10 for hat trick in thrashing of Mallorca