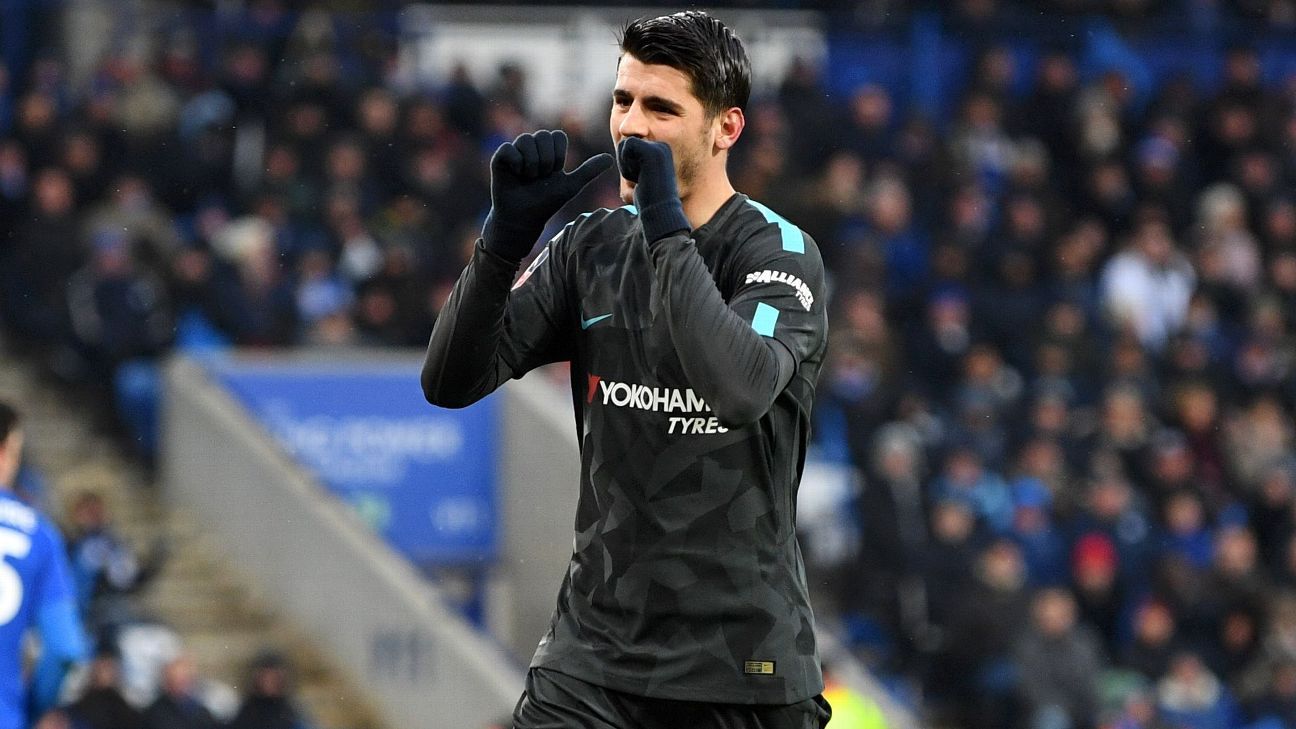 
Spain coach Julen Lopetegui understands Alvaro Morata’s frustration over being left out of his latest squad but maintains the World Cup door has not been shut on the Chelsea striker or any other player.

Morata, who struggled with back injuries earlier this year, started and scored in Chelsea’s FA Cup quarterfinal 2-1 win at Leicester City on Sunday, his first goal for the club since Dec. 26, yet was still left out of the Spain team.

Chelsea left-back Marcos Alonso, who earned his first Spain call-up, said Morata was “unhappy” after being left out for the international friendlies against Germany and Argentina.

“There are many players that deserve to be in the national team but are not here,” Lopetegui told Onda Cero radio. “Alvaro has gone through a spell with injuries and that is why we considered it best for him not to be on this list.

“I did call Alvaro before giving the list to tell him that he was not going to come. It’s my duty and I do it also with many other players. It’s normal that all the players want to come and feel frustrated if they don’t.”

One player who is still waiting for a courtesy phone call from Lopetegui is Javi Martinez.

A World Cup winner in 2010 and Euro 2012 champion with Spain, the Bayern Munich midfielder missed Euro 2016 with a knee and ankle injuries.

The 29-year-old has not featured for Spain since the 2014 World Cup and he has not been given an explanation.

Lopetegui says the doors are still open for any player to make Spain’s World Cup squad.

“It could happen that a player that has never come up to now is in the World Cup squad although it’s not something that is usual,” he said.

Spain will play Germany on March 23 in Dusseldorf before squaring off against Argentina four days later in Madrid.