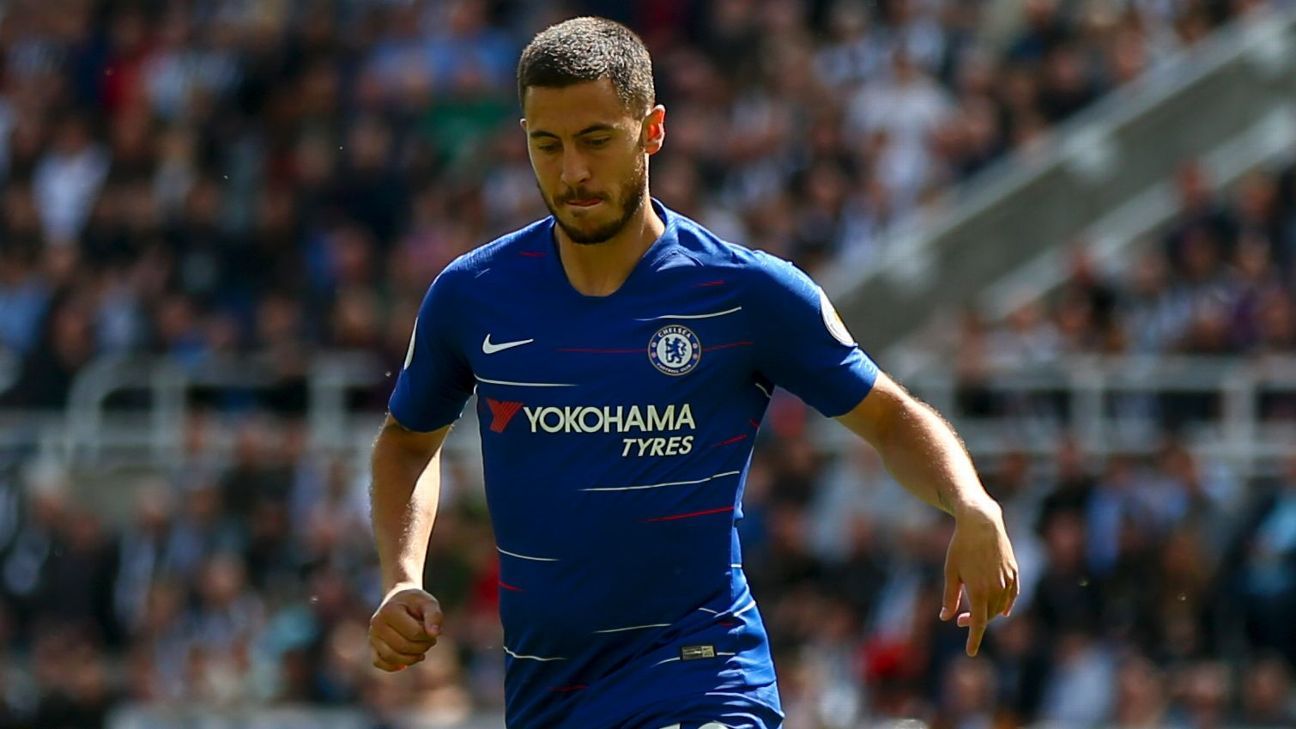 
Chelsea winger Eden Hazard says he will not leave the club this month because they can’t sign a replacement.

Hazard, 27, hinted that his time at Chelsea could be coming to an end after the World Cup when he said he wanted to “discover something different,” with rumours of a move to Real Madrid circling.

But he has now pledged his commitment to Chelsea for the foreseeable future.

“Everybody knows what I have said after the World Cup. But I’m happy here,” he told RMC Sport after the 3-2 win over Arsenal. “A lot has been said. A lot of stupidity too. But at the moment I’m happy.

“I have two years left on my contract and we’ll see what happens. Leaving this year? I won’t go. The transfer market in England is closed. Clubs can still sell players, but not sign new ones anymore. It would be a bit strange that they would sell me now while they can’t sign a replacement.

“We could see today that fans love me. I’m fine here. We’ll see what happens in a year or two.”

Hazard joined Chelsea from Lille in 2012, with his contract expiring in the summer of 2020.

The club have been in talks over a new contract worth a reported £300,000-a-week but the forward has yet to agree terms.