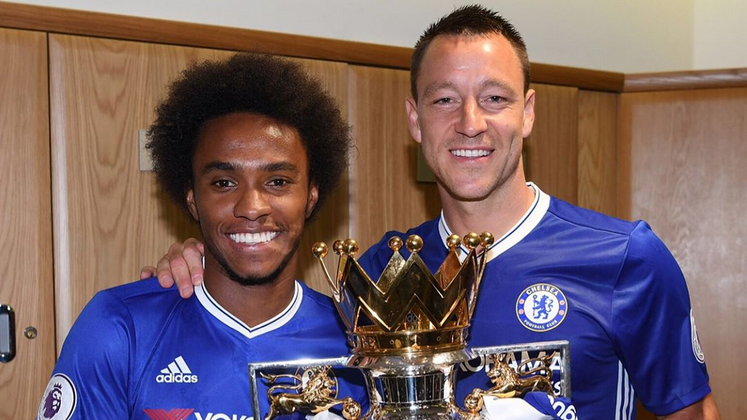 If the memories of playing alongside John Terry for four seasons weren’t enough for Willian, the Chelsea forward now has something else he can appreciate.

Terry, the longtime Chelsea captain now playing for Aston Villa, was in attendance for his former team’s draw against Arsenal at Stamford Bridge on Sunday.

He signed a shirt for Willian, who expressed his gratitude for the gift by posting a heartfelt response on Instagram.

The Brazil international’s admiration for Terry, who left the club in July after 22 years, has been well-noted. After Chelsea claimed their fifth Premier League trophy in May and sixth top-flight title overall, Willian also posted an emotional thank you to Terry on Instagram, saying it was “a pleasure” to play with him.