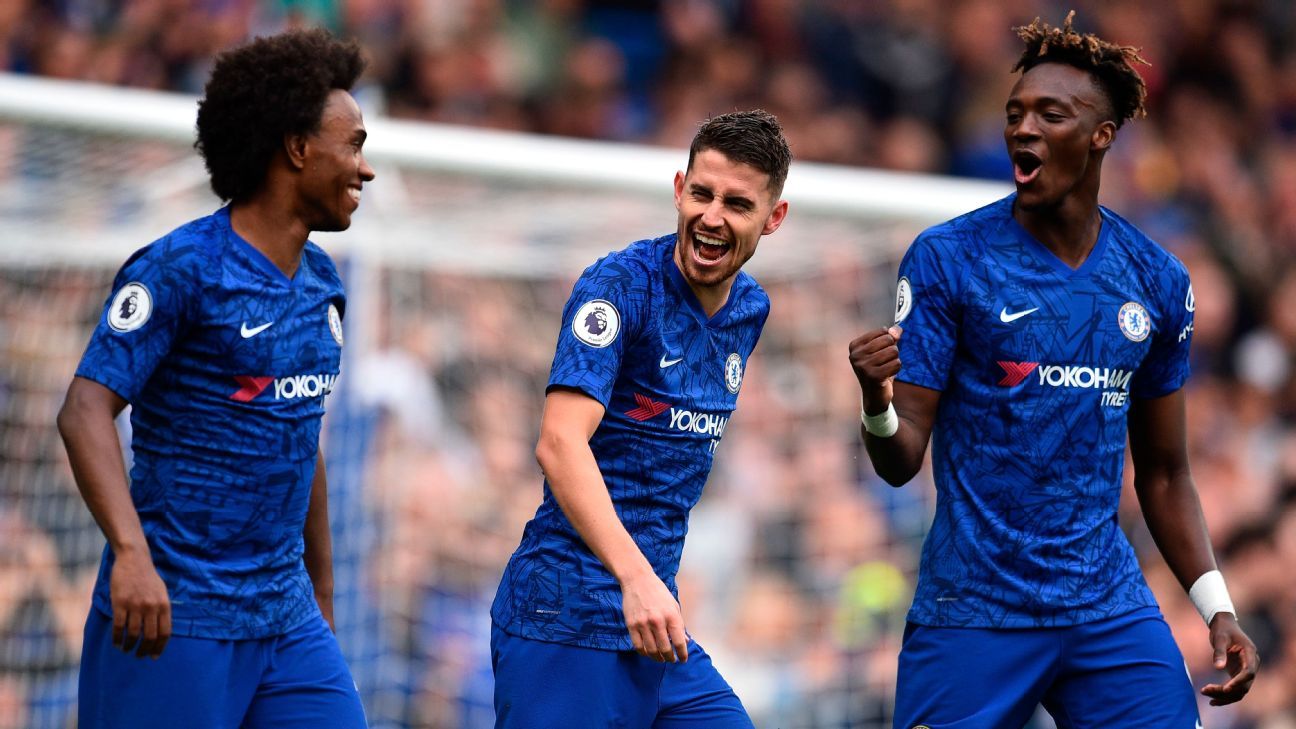 
Chelsea recorded their first Premier League home victory of the season after beating Brighton 2-0 at Stamford Bridge on Saturday.

Jorginho and Willian scored in the second half as Chelsea secured back-to-back wins for the first time under manager Frank Lampard.

Chelsea also claimed their first clean sheet in the league this season.

Lampard said his youngsters also needed to learn from the attitude of seasoned players such as the goalscorers on the day.

“The work ethic was great from Willian today,” Lampard said afterwards. “They set the standards and the youngsters must follow.”

Chelsea had the first opportunity of the game when Tammy Abraham headed Mason Mount‘s free kick onto the post after 15 minutes.

The hosts continued to dominate but Brighton goalkeeper Mathew Ryan produced saves from Ross Barkley and Pedro to keep it goalless at half time.

Chelsea were awarded a penalty four minutes into the second half when defender Adam Webster fouled Mount inside the penalty area.

Jorginho converted the penalty to score his second goal of the season.

The visitors went close to scoring an equaliser with 20 minutes remaining but Dan Burn hit the bar with a header from a corner.

“The home games have been frustrating so far this season,” Lampard added. “You could almost feel the frustration in the first half today.

“I told them don’t get despondent, don’t get flat. It was important to say that.”

The result lifted Chelsea, who lost at home to Liverpool last week after drawing Stamford Bridge games against Leicester City and Sheffield United, to sixth in the Premier League.

Brighton are a point off the bottom three in 16th place.