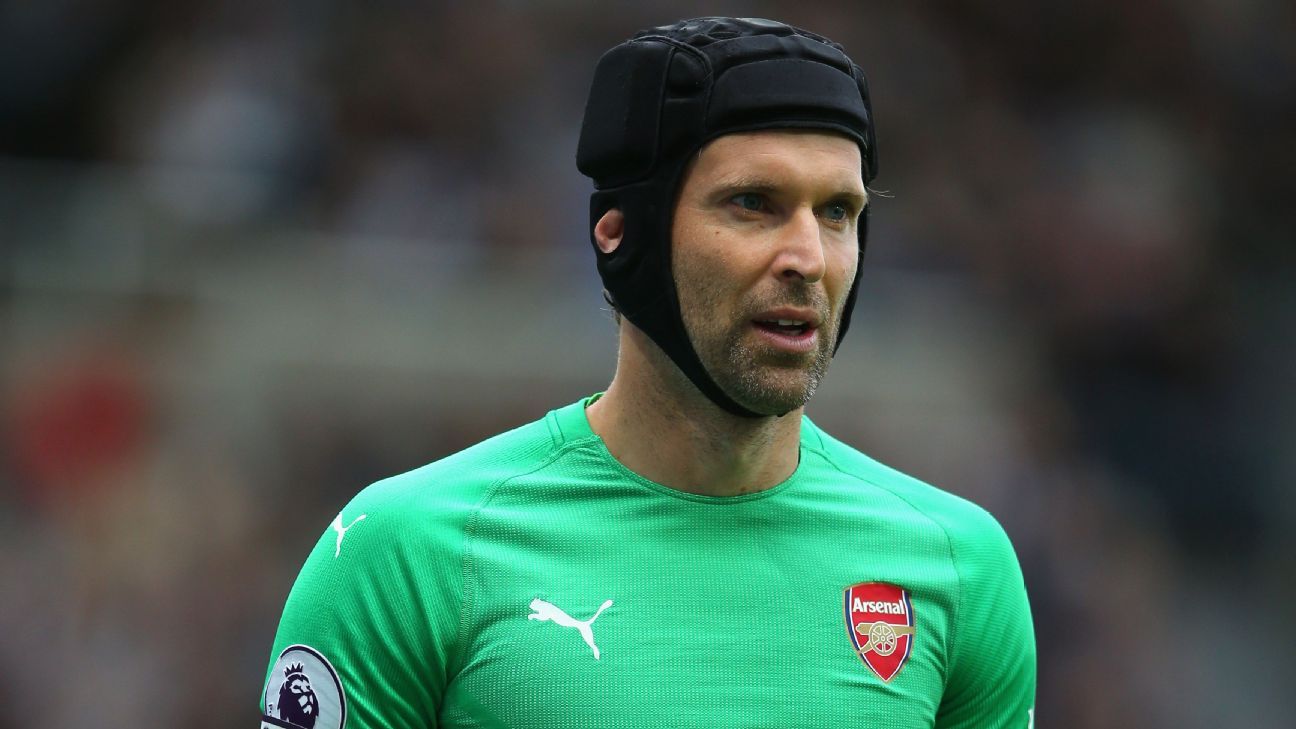 
LONDON — Chelsea will hold talks with Petr Cech at the end of the season over a potential return to Stamford Bridge in a non-playing capacity after the Arsenal goalkeeper announced his intention to retire, sources have told ESPN FC.

Cech, who spent 11 years at Chelsea before joining Arsenal in 2015, confirmed on Tuesday that he will hang up his gloves at the end of a campaign that has seen him lose his starting spot to summer signing Bernd Leno.

Chelsea are mindful that Cech has not yet clarified his post-playing career plans, but are also keen to provide a pathway should the 36-year-old want to continue working in football as a coach, executive or ambassador.

Several of Cech’s former Chelsea teammates have already followed a similar path. Didier Drogba is a club ambassador, while Paulo Ferreira is a loan technical coach and Joe Cole this month returned to Cobham to take up a coaching role within the academy.

Chelsea have always been wary of avoiding the kind of situation that Arsenal found themselves in with Patrick Vieira, the legendary Gunners captain who has become most closely associated with rivals Manchester City since embarking on his coaching career.

Cech has maintained a particularly close relationship with the Chelsea hierarchy since owner Roman Abramovich personally sanctioned his move to Arsenal in 2015, and still lives close to the club’s Cobham training ground with his family.

Abramovich’s decision to grant Cech’s desired move to the Gunners was made in recognition of the goalkeeper’s vast contribution to 13 major trophy wins in his 11-year spell at Stamford Bridge, including a heroic role in Chelsea’s miraculous Champions League triumph against Bayern Munich in 2012.