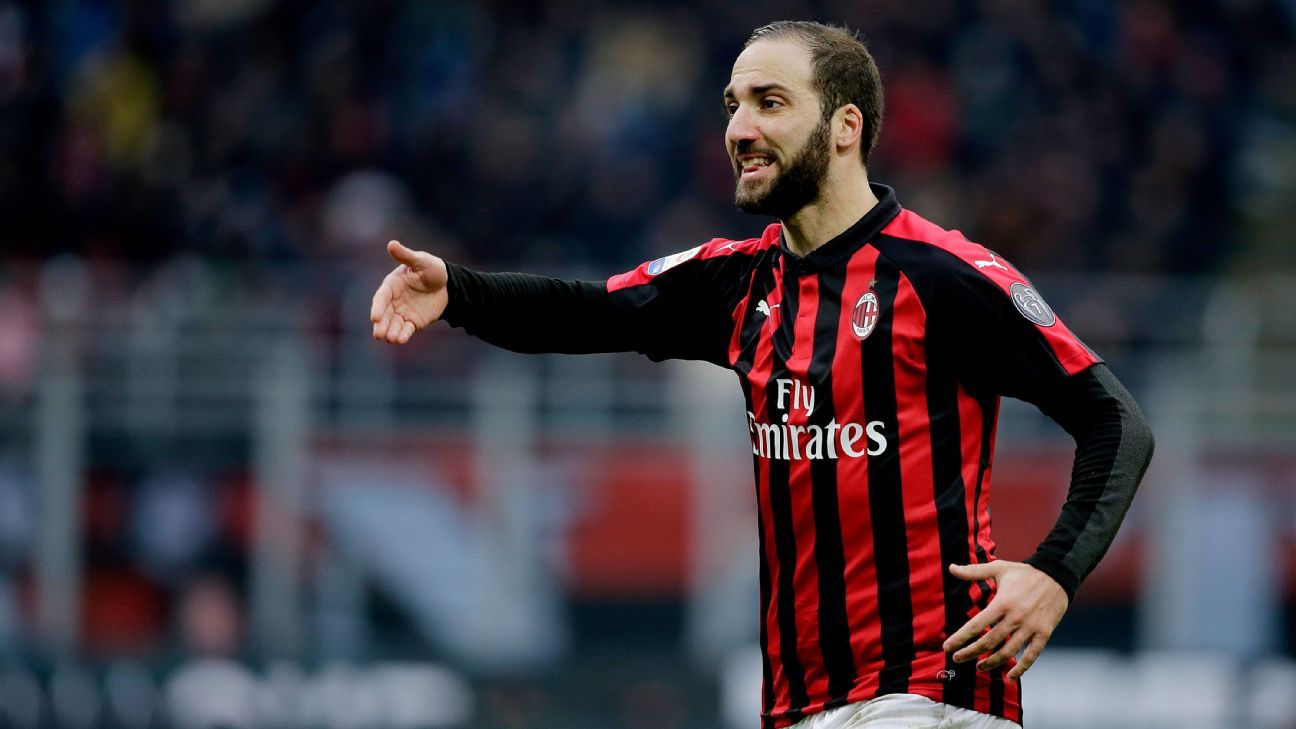 
Gonzalo Higuain has been left out of AC Milan’s squad to face Genoa on Monday as a loan move to Chelsea draws near.

Higuain, who is on loan to Milan from Juventus, is set to cut short his spell with the Rossoneri in order to move to the Premier League to be reunited with Maurizio Sarri, who he played for at Napoli.

“I want to be honest with you all,” Milan coach Gennaro Gattuso told a prematch news conference on Sunday, hinting at the departure. “We had a poor training session today due to all these rumours. We spoke after the training session and I did not consider him ready for this game.

“I accept his decision. Surely he could have done more and maybe we could have helped him fit in better. Right now we have to work with professionalism and determination, all these rumours have not helped us lately and we have to look ahead.”

Earlier in the week sources told ESPN FC that the agreement will give Chelsea the option to either buy Higuain next summer or extend the loan for a further 12 months.

Chelsea accelerated talks with Juventus and Milan on Wednesday after the two clubs contested the Italian Supercoppa in Jeddah, which Juve won 1-0.

Higuain became a Juventus and Serie A record-signing when he moved to Turin in 2016 for €90 million, after scoring a league-record 36 goals under Sarri at Napoli in the previous campaign.

He joined the Milan in the summer on an €18m season-long loan deal with an option to complete a permanent move for €36m in the summer, but has scored only six goals in 15 Serie A appearances this season, after netting 24 and 16 in his two seasons in Turin.

Ahead of Chelsea’s defeat against Arsenal, Sarri said Chelsea director Marina Granovskaia was “working very hard” to conclude a deal to sign Higuain on loan.

“I don’t know [how close it is],” Sarri said. “I want to be clear, because I cannot help you. I spoke with Marina two weeks ago, so Marina knows my opinion on how to improve the team. Then I decided to focus on the pitch, on matches and training.

Higuain’s arrival will clear the way for Alvaro Morata to leave on loan in January, with Atletico Madrid interested in giving him an opportunity to revive his career in the Spanish capital.