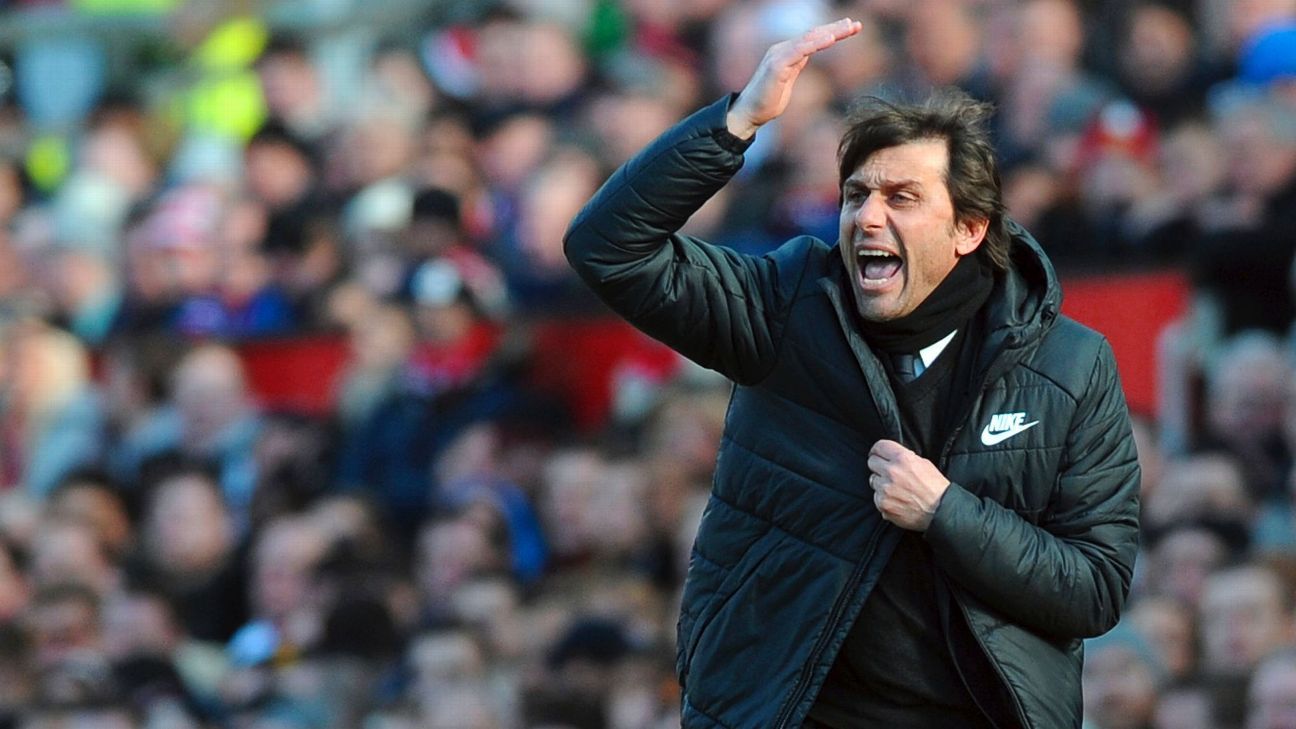 
These are troubling times for Chelsea supporters. Stamford Bridge is shrouded in a fog of negativity the like of which has not been seen in the Roman Abramovich era, a silverware-laden period of success which has brought with it 14 major trophies.

The ebb in morale can be attributed to a range of issues which, when combined and assessed in the cold light of day, make for uncomfortable reading, particularly in respect of the fact there are no obvious answers to the many questions associated with them.

As a starting point, if something isn’t right at a football club, typically it’s on the pitch where problems will eventually manifest themselves. Chelsea exemplify this theory perfectly.

Since the turn of the year the Blues have picked up 12 points from 11 Premier League games. If the season had started on Jan. 1, the London club would be languishing in 14th place in the table. Heavy defeats to also-rans Bournemouth and Watford, coupled with losses to Manchester United and Manchester City, and most stomach-churning of all a home drubbing by Tottenham Hotspur which ended a 28-year unbeaten streak against their fiercest rivals, have been hard to take.

Add to this the timid Carabao Cup semifinal loss to Arsenal and equally lame Champions League round of 16 exit to Barcelona and it’s easy to understand the gloominess enveloping the Bridge. Ordinarily, progress to the semifinals of the FA Cup might have been viewed as a silver lining to the dark clouds hovering over Chelsea, but not this time.

Accountability for the woeful run of form is now increasingly being laid at the door of beleaguered boss Antonio Conte, whose grouchy moods and talk of his team “suffering without the ball” has alienated the vast majority of supporters who cradled the Italian to their bosom last season. That Premier League title win and associated chants of “Antonio, Antonio” seem like a distant memory.

Quite how Conte has survived the downturn in Chelsea’s fortunes is a mystery. At the start of the campaign he joked about avoiding a “Mourinho season,” but that’s exactly what has transpired.

Having won the league in 2015, Jose Mourinho was sacked following a parlous run of form at the start of the following season. It’s unlikely that Abramovich is going soft in his old age, but while his simple formula of throwing money at the transfer market and autocratically hiring and firing managers in a bid to keep pace has worked to date, maybe this time around he has other considerations. Cash finally perhaps being one. It would cost the Russian the best part of £10 million to terminate Conte’s contract, and with a billion-pound Stamford Bridge redevelopment project about to get underway maybe he’s hoping the combustible Italian throws the towel in as he bids to halt unnecessary cash burn.

While architect drawings of the new stadium look fantastic, there are plenty of Chelsea supporters fretting that the scheme will detract from the football side of things. Uncertainty about where the team will play during the four years the rebuild of the Bridge is expected to take is a further source of concern, especially as rival clubs Man City, Man United, Liverpool, Arsenal and Tottenham have either completed or are close to completing their stadium redevelopments.

That Abramovich’s current Chelsea board lacks any genuine football pedigree underlines worries that there is nobody at the club who can put a strategy in place to address the current malaise.

Would Conte have run into the difficulties he encountered had a first-class sporting director been on hand to broker transfers and player contracts? Would there be a question mark against the future of star player Eden Hazard? Would assistant manager Steve Holland have been allowed to leave at the end of last season without the right succession planning?

Assuming Conte departs at the end of the season, if not before, who will take his place? Favourites include Luis Enrique (ex Barcelona), Max Allegri (Juventus) and Leonardo Jardim (Monaco) and it’s fair to say that none of this trio look like they are made of sterner stuff than Conte, who has clearly become exasperated by his experience of managing Chelsea. Whoever comes in looks to have their work cut out simply to survive from Day 1.

Considering Abramovich’s 15-season tenure as owner, and his standing as a billionaire businessmen, it’s bordering on the bizarre how Chelsea come to find themselves in their current predicament. It’s this stark realisation, coupled with current uncertainties, that have seen Blues supporters become fearful about what the future may hold.