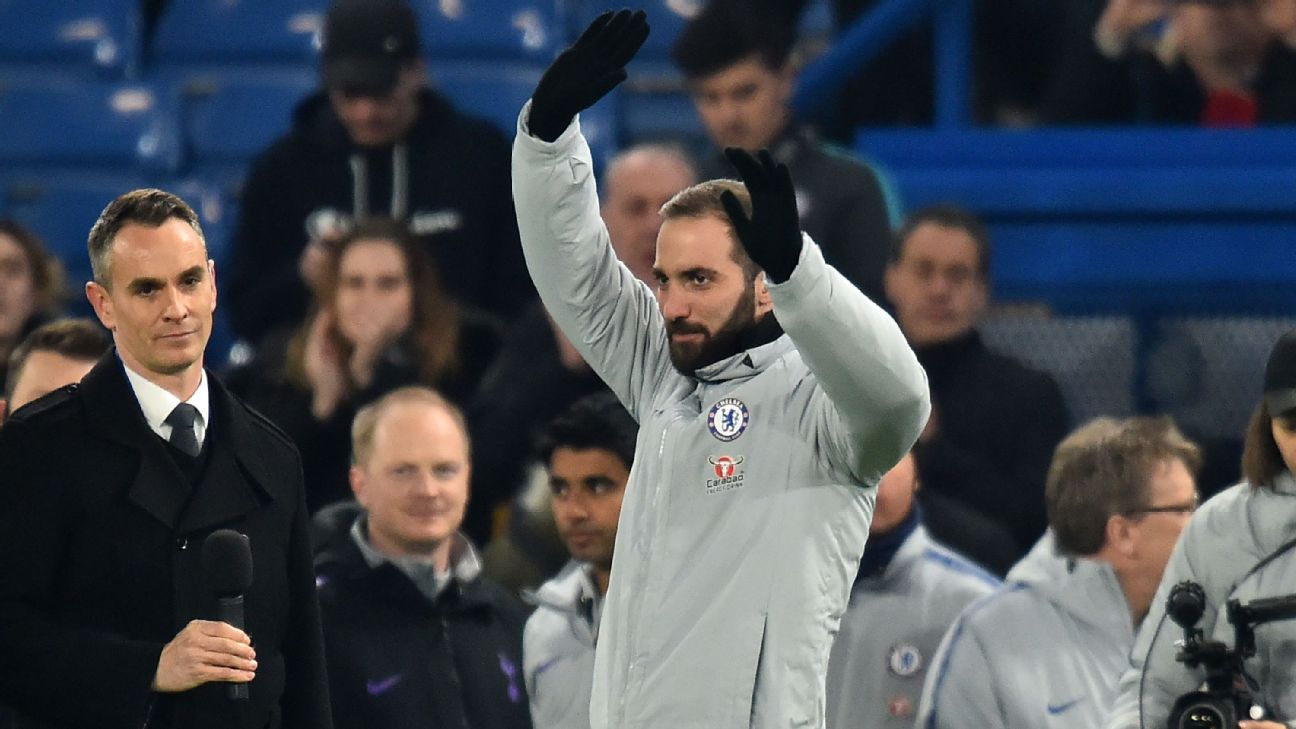 
Chelsea striker Olivier Giroud has welcomed the fresh competition that Gonzalo Higuain will bring as the Argentina striker prepares to make his debut against Sheffield Wednesday in the FA Cup on Sunday.

Chelsea confirmed Higuain’s arrival on loan from Juventus on Wednesday, and the 31-year-old was presented to fans at Stamford Bridge before the penalty shootout win over Tottenham in the Carabao Cup semifinal on Thursday.

Giroud was handed a rare start against Spurs, with head coach Maurizio Sarri having favoured Eden Hazard as a “false nine” in recent matches, and the France international told ESPN FC he had found it difficult to accept his lack of game time.

Higuain is expected to start against Wednesday with a view to establishing himself as Sarri’s preferred striking option for the rest of the season, but Giroud said he would continue to fight for a starting spot.

“I think it’s good for the club to have different top strikers,” he told ESPN FC. “It’s a benefit for the team and competition is always good for strikers, so we will try to step up together to help the team reach our target.”

Giroud missed two chances to give Chelsea victory over Tottenham in normal time, but his performance was praised by Hazard and he said he could continue to combine well with the Belgium international if given opportunities.

“I’ve got a very good understanding with Eden, off the pitch and on the pitch,” he added. “[But] I’m not making the starting XI — the manager makes choices and you have to respect them. Maybe I have to show more in training to be back in the team.”

Giroud has been directly involved in 22 goals in 27 FA Cup appearances since 2013, and has won the trophy four times with Arsenal and Chelsea.

“I’ve been decisive in Wembley, in semifinals and finals,” he said. “I hope this year is going to be the same. It’s always important to be here, to be determined to go to the end in cups, and I’ll always try to bring something to the team.

“Cup games are different. You don’t have to think too much about the next game because it’s not the championship — if you lose, you are out of the competition.

“That is the beauty of this competition. I’ve won it four times and if I could win it again I’d love to. It’s a bit different, but the FA Cup is always special for English players and English teams.”