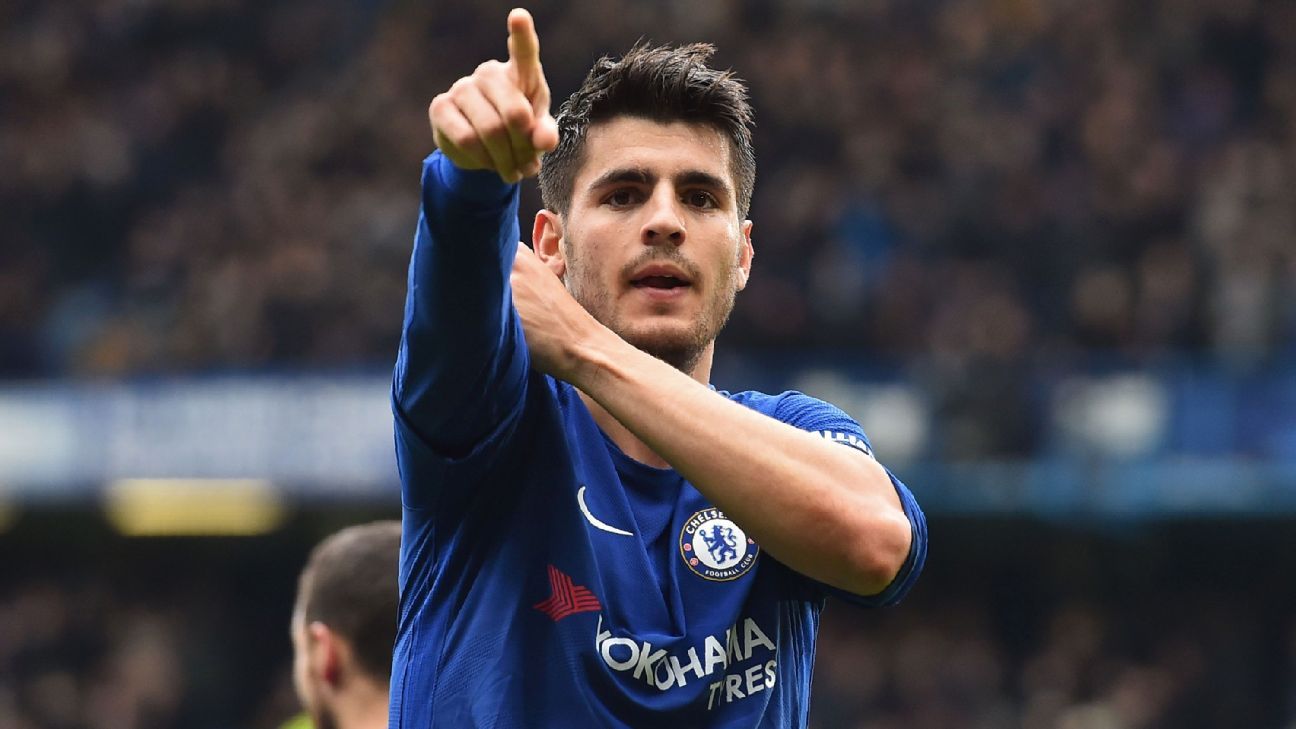 
Alvaro Morata believes he should have taken an earlier break to aid his recovery from the lingering back injury that hampered part of his debut season at Chelsea.

Spain international Morata scored seven goals in his first seven appearances for the club, but his form tailed off badly from October until mid-January, with a return of five goals in 22 matches.

Following his sending off in Chelsea’s extra-time FA Cup victory over Norwich City in January, Morata did not feature for almost a month as he nursed the back issue, and he told Chelsea TV pain had inhibited his performances before then.

“Everything was good until I had the problems with my back,” he said.

“I played with a lot of pain and it probably would have been better if I’d stopped. But I wanted to play with my teammates, for the club and the fans. Now it’s in the past.

“My first year could have been better, but there are still more games to go and we have a chance to win the FA Cup.”

There has been speculation that Morata is unhappy at Stamford Bridge and has failed to settle in London, a city he said was “too much stress” in an interview with Gazzetta Dello Sport in October.

At the time, the 25-year-old played down those comments as a misunderstanding, and he again said that he was happy.

“It is a pleasure,” he said. “The dressing room is very good, there are a lot of very good people. Everyone has helped me to improve and adapt.

“If I want to know about a restaurant or something, I ask my teammates. Davide Zappacosta brings me to the training ground. I have a very good relationship with all my teammates. I think it’s very good.”