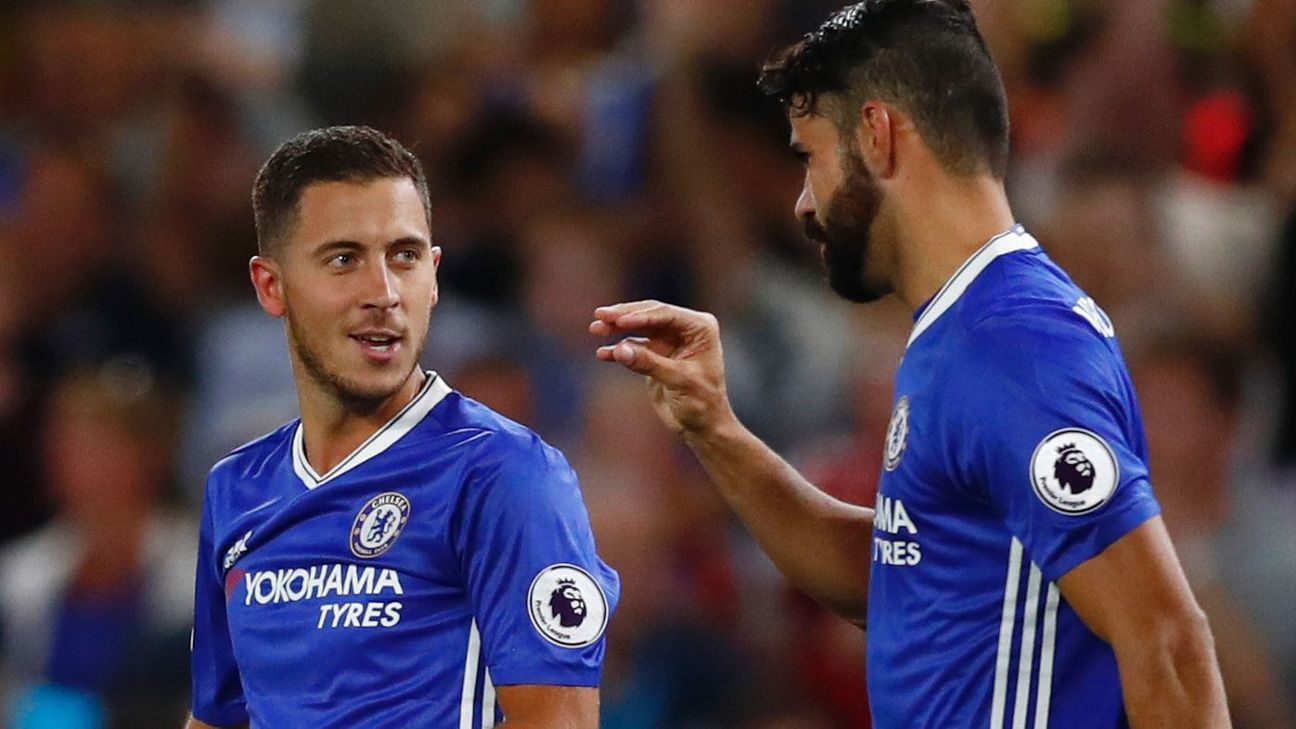 
Eden Hazard has told Marca he would like to see Diego Costa back at Chelsea amid reports that the striker is considering returning to London.

Costa opted to remain in Brazil this summer after receiving a text message from Antonio Conte confirming that he was not in his plans at Stamford Bridge, pledging that he will only sanction a move to former club Atletico Madrid.

But reports this week have claimed that Costa is weighing up whether to return to England and train at Cobham as he attempts to resolve his future, after Chelsea and Atletico failed to agree a deal to send him back to Madrid before the Spanish transfer deadline on Friday.

“Diego and I have been playing together for three years. We have won everything together except for the Champions League,” Hazard said. “It’s a pleasure to play with him, he’s a top player and a top person. I would like to see him come back, but I don’t make the decisions.

“I hope he can find a solution so that we can see him back on the pitch soon.”

Costa played no part in Chelsea’s preseason, and last month he publicly accused the Premier League champions of treating him “like a criminal” as well as of pricing him out of his desired move back to Atletico with an unrealistic valuation.

Chelsea insist that Costa and his representatives knew as far back as January — when he was dropped by Conte following a training-ground argument and a lucrative offer from Chinese Super League club Tianjin Quanjian — that his time at Stamford Bridge was coming to an end.

The club’s expectation remains that he fulfils the terms of his contract by returning to England, coming back to training, getting himself to match fitness and making himself available for first-team selection, though it is highly unlikely that he will play for Conte again.

Costa was left out of Chelsea’s submitted Champions League squad this week but he has been included in the Premier League list. He has kept a lower profile in recent days and has deleted his Instagram account.