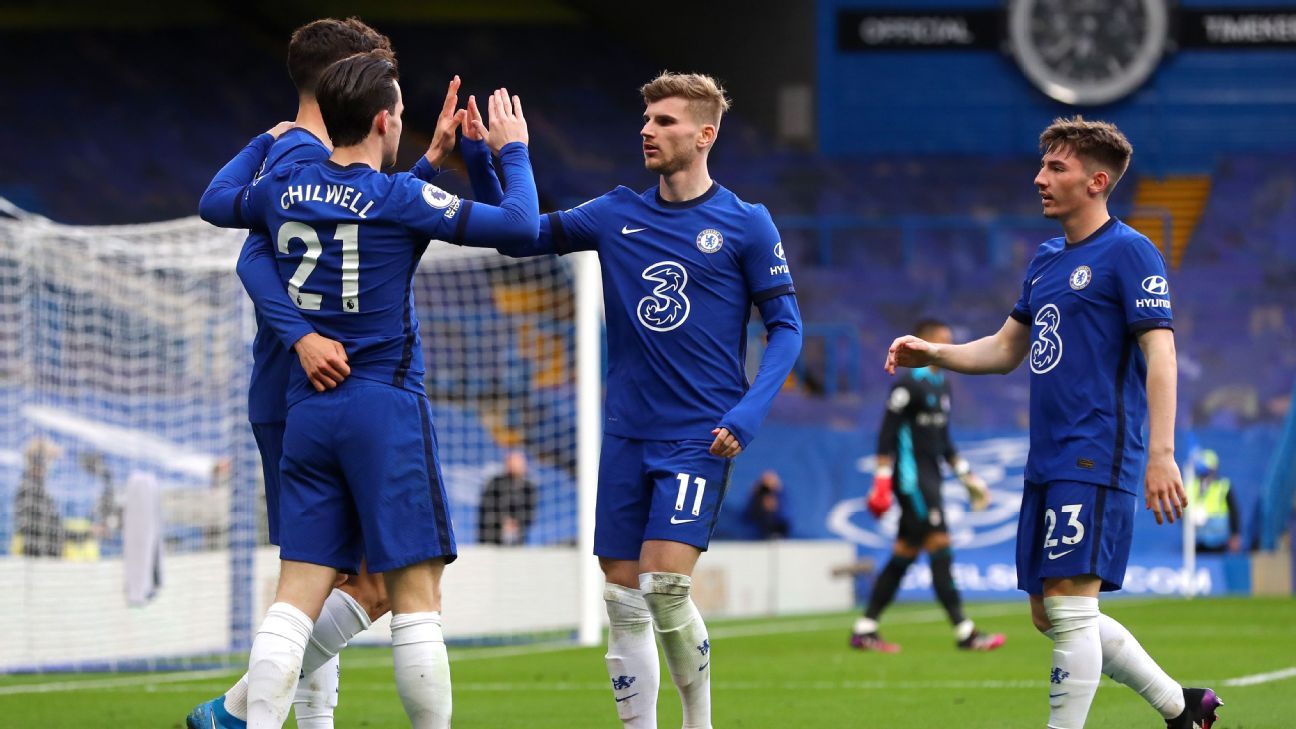 
LONDON — Thomas Tuchel promised in his programme notes that his Chelsea side had not mentioned Real Madrid once after their plane left the Spanish runway last week. While Fulham were perhaps quietly hoping Chelsea would have more than half an eye on Wednesday’s Champions League semifinal, second leg, Tuchel had been adamant over the past 48 hours that Chelsea had parked Madrid and were focused on the task in hand.

It would have been easy to roll your eyes at this: managers will always promise focus amid possible distraction, but this is where his pragmatism has paid dividends. He mentioned the importance of his team finding the right “mindset” this week, and they certainly delivered. Saturday could not have gone better for Tuchel.

On the face of it, this was a routine win for Chelsea, the sort you expect them to grind out. But it was results like this — against Fulham, who are now facing a Sisyphean task to escape relegation — that show why the Blues went for Tuchel once Frank Lampard’s days were numbered in the role.

Having juggled Paris Saint-Germain‘s turbulent 2019-20 campaign to end with a domestic double and a spot in the Champions League final, Tuchel knows what it takes to keep the ship on course at the business end of the season. The five changes he made in Saturday’s starting XI kept the squad fresh, but still competitive, and his players did enough to get Chelsea over the line thanks to Kai Havertz‘s wonderfully taken double.

With Real Madrid ahead on Wednesday and the FA Cup final against Leicester City a fortnight away, Tuchel rested N’Golo Kante, Cesar Azpilicueta and Christian Pulisic. Billy Gilmour made his first Premier League start under Tuchel and operated just in front of the defence, the midfielder charged with connecting defence with attack. The Blues’ fluid 3-4-3 formation allowed Hakim Ziyech to drop deep and help out where needed, while Mason Mount was utterly relentless in pursuing possession or making himself available for the ball. He was eventually substituted after tweaking his back, but by this point the match’s tempo and intensity had fallen away as Chelsea eased home.

“It was the perfect match and the boys get a lot of credit from the coach for this win,” said Tuchel. “You can get easily confused between two big matches. It was absolutely necessary that we played with full focus and accepted the challenge and invest physically and mentally. This was a big win and we arrive [at our Champions League second leg] with a clear mind, and with no regrets for Wednesday.”

Tuchel would have taken heart from Havertz’s performance, too. While his fellow countryman, Timo Werner, endured another match in which his astute positional play was overshadowed by his wastefulness around goal, Havertz was calmness personified in his two goals, which doubled his top flight tally to four for the season.

Havertz’s first was a wonderful team move as Thiago Silva circumnavigated Fulham’s high press by passing long to Mount, who brought the ball down with the softest touch before putting Havertz through to score after 10 minutes. The second, just four minutes after the break, saw Havertz play a one-two with Werner before springing the offside trap and side-footing it past Alphonse Areola. They should have had more, too: Ziyech drew one superb save from Areola in the first half, while Werner had a batch of half-chances. Fulham did manage to test Edouard Mendy at times — he had to make one smart save at the stroke of half time — but this was comfortable for Chelsea.

Said Tuchel of Havertz, “there’s still room for improvement, but today I’m very happy. He was decisive and involved in dangerous attacks and situations. He gave the manager a headache for the next game.”

It is in these sorts of games — tricky opponents in the midst of cup semifinals and finals — where Tuchel will learn most about his squad. He’s clearly still assessing Chelsea’s depth and figuring out where they need to strengthen this summer. In that regard, we’re getting a good idea of who will likely be nudged near the exit door. Olivier Giroud was unable to force his way on to the bench; with his contract up in June, his time at Stamford Bridge looks to be winding down. Tammy Abraham was also among the replacements once again. He got 14 minutes off the bench with the result all but assured, though his long-term future is up in the air, according to ESPN sources, amid interest from West Ham and Aston Villa.

While Tuchel’s Chelsea have been defensively astute, they are still too wasteful in front of goal. Their top scorer in the Premier League this season, Abraham, has six goals, and to move this team into the title-challenging bracket, they need a prolific striker, the sort who guarantees 20 a season. This would grant them a multi-faceted attack and tactical versatility. While they look settled operating with a “false 9,” the addition of a prolific striker would mark the next step in this team’s evolution.

They also need to find a younger clone of Thiago Silva. He was magnificent against Fulham, the calm head in a backline being hustled by Fulham’s high press. There was a wonderful moment of sereneness in the first half where U.S. left-back Antonee Robinson was marauding down the wing only to find himself in a Reece James-Silva sandwich. Silva calmly turned out of danger, and off Chelsea went to transition to attack.

While Chelsea’s attention shifts to Europe, Fulham look destined for the Championship. With four matches left, they are 18th and nine points adrift of safety. Their failure to secure top-flight status this season is not to Scott Parker’s detriment. He’s done well to stem the tide and had to use the loan market to bolster his squad; after a torrid start, they picked up form. But they’ve lost 10 points in the final 15 minutes of matches, something that proved their undoing.

“Can we go and win four games? We’ll find out,” said Parker. “It’s a difficult task ahead, but with the right mindset about us, we can do it.”>

If Fulham can keep Parker, they will surely challenge for promotion again next season, though with the bulk of their squad on loan deals – including their wonderful goalkeeper, Areola, and captain Joachim Anderson – their squad may look very different. They also need to solve the Alexander Mitrovic conundrum. He was meant to be one of their key weapons in beating the drop, but has instead fallen into a bit-part role.

For Chelsea, they can finally mention Real Madrid again. They navigated this tricky hurdle, have built a comfortable six-point cushion in the top four race and can switch attention to the Champions League. When Tuchel took over at Chelsea, they were ninth in the league. Now they have one foot in next season’s Champions League, with the sweetest prizes still in play. Their superb and nimble management of this hectic schedule is to Tuchel’s credit and is further affirmation for his appointment back in January.