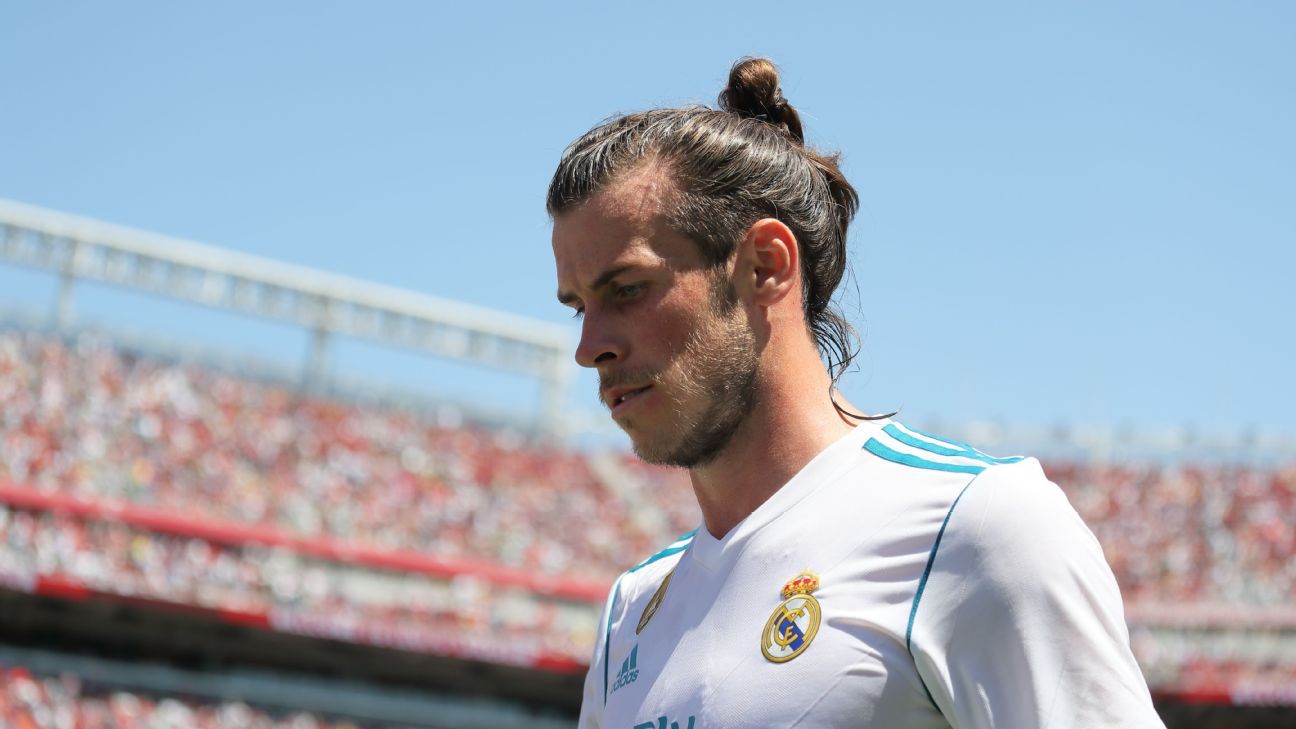 Chelsea are ready to step up their interest in Gareth Bale after Real Madrid became open to selling the Welsh star to part-fund a move for Kylian Mbappe, reports the Express.

Antonio Conte is a known admirer of Bale, and despite the 28-year-old’s happiness in the Spanish capital, dropping out of the starting lineup if the Monaco sensation arrives could alter his stance.

Florentino Perez would be willing to sell for £90 million, according to the report, which would represent a marginal profit four years after breaking the world transfer record by paying Spurs &Ypound;85m.

Having scored 67 times in 150 appearances while winning three Champions Leagues, Bale’s time in Spain has been a huge success, but a starring role back in the Premier League continues to be dangled in front of him.

After splashing out more than £100m this summer, Everton have raised optimism of challenging the top six this season, but their ambition stretches further yet with the Mirror claiming the Toffees are ready to bid £30m for Danny Welbeck.

Ronald Koeman had wanted Gunners forward Olivier Giroud, but with the France international seemingly uninterested in moving to Merseyside, Welbeck could become the focus.

Arsene Wenger is prepared to let one of his forwards leave, having insisted that Alexis Sanchez will stay after making Alexandre Lacazette their club record signing, and almost doubling the £16m invested in the former Manchester United star three years on would represent shrewd business.

Fresh from a £200m injection after having Neymar taken from them by Paris Saint-Germain, Barcelona have reportedly set their sights on Tottenham star Dele Alli, according to the Express.

While a left winger to replace Neymar is crucial, manager Ernesto Valverde is determined to sign a new centre midfielder, with last summer’s big-money signing Andre Gomes proving incapable of making the step up from Valencia to the Camp Nou.

The report suggests the Blaugrana want to take advantage of the England international’s modest salary, with several teammates above him in the club’s wage structure, though Spurs are determined to not sell and after receiving £50m from selling Kyle Walker to Manchester City, the Catalan giants face a tough task convincing them otherwise.

Barcelona will test Liverpool’s resolve to keep Philippe Coutinho by offering them a British record fee of £120m, according to the Star.

Absent from the Reds’ preseason friendly win against Athletic Bilbao in Dublin, officially through injury, the Brazilian is a key target for Valverde’s side after losing Neymar this week.

Not done there, Barca will happily pay Borussia Dortmund £70m to take Ousmane Dembele off their hands, which would all but use up the fee received from PSG for Neymar.

Eden Hazard is another target and could be approached if Barca fail to land Coutinho, as the Catalan side begin to desperately search for Neymar’s replacement with just weeks left of the transfer window.

– Swansea have had an opening £10m offer for former striker Wilfried Bony rejected by Manchester City, with the Mirror reporting that it will take £13m for them to agree to cut their losses after the Ivorian flopped at the Etihad. A disastrous loan spell at Stoke last season has failed to raise his market value to the £28m invested by City in 2015, all but confirming his exit this summer, and Swansea will now battle it out with Besiktas and Fenerbahce for the 28-year-old.

– The Swans won’t be done there though as Paul Clement is eyeing Arsenal’s Carl Jenkinson and West Brom’s Nacer Chadli, according to the Express.