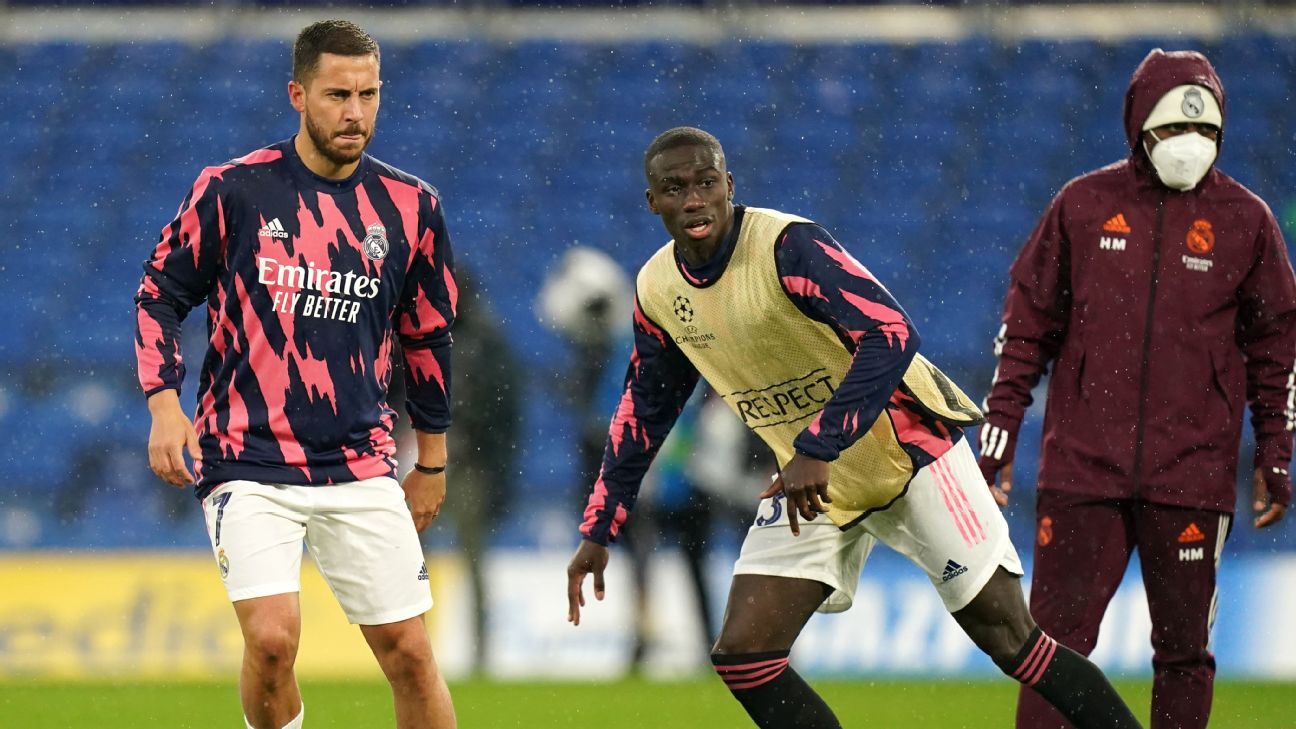 Chelsea are interested in a double swoop for Real Madrid duo Ferland Mendy and Eden Hazard, according to El Nacional.

The Blues reportedly made a €40 million offer for left-back Mendy in the summer that was later turned down by the LaLiga club. It is believed that Chelsea are willing to go back in for the France international with a raised offer, while Los Blancos will not listen to anything below the €60m mark.

The 26-year-old joined Real Madrid from Lyon in 2019 for €48m and has made 71 appearances at the club since joining. However, president Florentino Perez is reportedly willing to let the full-back leave and find a suitable replacement for the right offer.

As for Hazard, a return to Stamford Bridge could be on the cards. The winger left the Blues in 2019 for over €100m. Since then, he has struggled to stamp his authority at the Bernabeu, often hindered by injury troubles.

According to the report, the hierarchy have lost patience with the Belgium international due to the form of Vinicius Junior, as well as a reported plan to sign Kylian Mbappe at the end of his deal with Paris Saint-Germain.

While Chelsea would not close the door on a return for Hazard, there are apparent doubts over the wideman, but they do believe he has a future and could be tempted by the right deal structure.

– Bayern Munich are pushing a move for FC Salzburg forward Karim Adeyemi, according to Sport1. The 19-year-old has impressed with the Austrian side, scoring three goals and assisting once in three Champions League starts. The report also claims that any move depends on the future of Kingsley Coman, whose deal runs until 2023.

– West Ham United are linked with a move for Clermont Foot striker Mohamed Bayo, according to journalist Ekrem Konur. The 23-year-old has five goals and two assists in nine Ligue 1 appearances this season and has been linked with the London club, who are on the search for a striker to compete with Michail Antonio.

– Chelsea defender Antonio Rudiger‘s priority is to stay with the London club, however an agreement over a new deal is “far from being reached,” according to journalist Fabrizio Romano. The 28-year-old is out of contract in the summer and has been linked with several clubs, but the Germany international is currently in talks with the Blues over an extension.

– Seven clubs are eyeing a move for Leicester City midfielder Youri Tielemans, who is out of contract in 2023. According to Calciomercato, Chelsea, Liverpool, Manchester United, Bayern Munich, Real Madrid, Atletico Madrid and Juventus are all monitoring the Belgium international.

– Real Madrid striker Karim Benzema is hoping to one day to play at David Beckham’s Major League Soccer side Inter Miami CF, according to El Nacional. The France international was out of contract in the summer, but recently signed a new deal with Los Blancos keeping him there until 2023. The 33-year-old has before placed on record his desire to play in the United States.