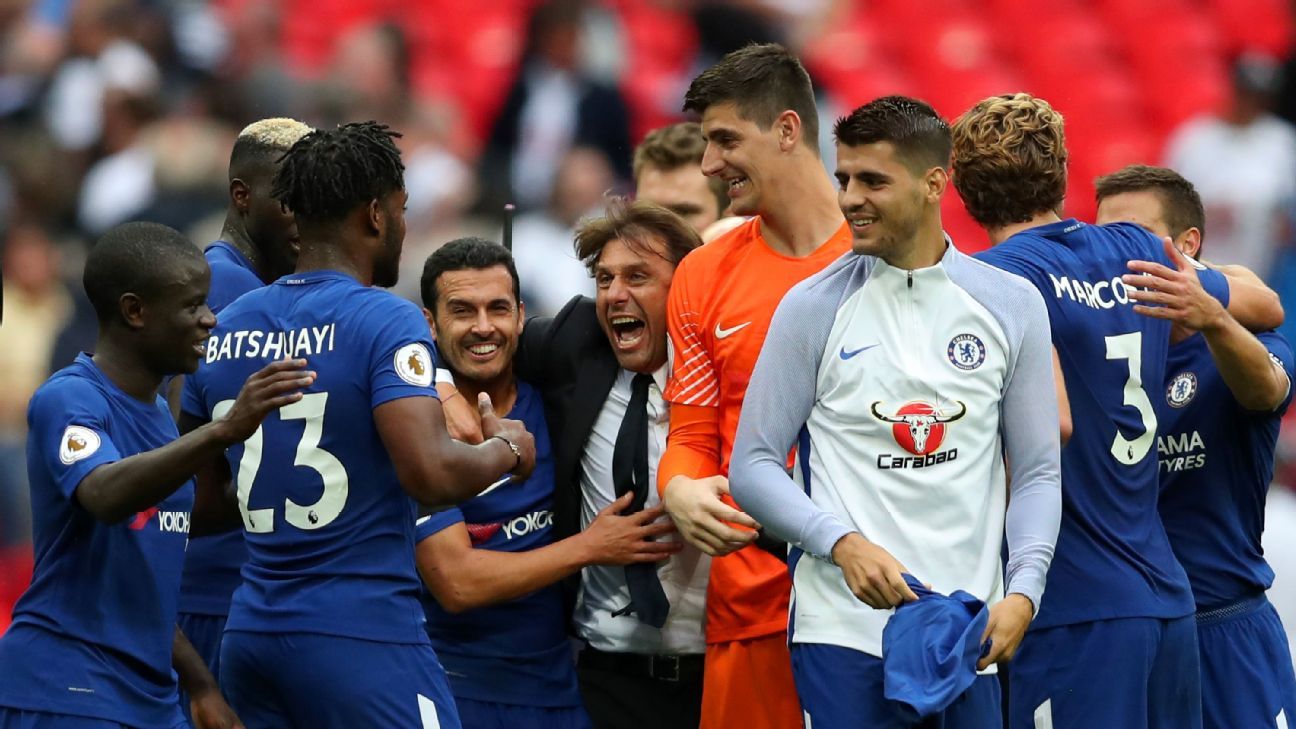 
It’s remarkable how much one result can transform the entire atmosphere around a club.

Last week Chelsea were primed for crisis, a summer of setbacks and speculation set to condemn them to another limp Premier League title defence while Antonio Conte unravelled in front of our eyes.

That was always hysteria, of course. Chelsea proved in beating Tottenham at Wembley on Sunday that even in a depleted state they are determined, savvy and ruthless enough to be capable of seeing off any team in the country, and that in Conte they possess arguably the league’s best combination of elite tactician and motivator.

But just as Chelsea’s world wasn’t ending a week ago, it isn’t all sunshine and blue skies now. Injuries and suspensions are already hindering Conte and if reinforcements fail to arrive in the final days of the summer transfer window, it will take a minor miracle to avoid a miserable season.

The reality of the situation is not lost on any of the key decision-makers at Stamford Bridge, who are actively and aggressively pursuing deals to give Conte the bodies and options he will need to attack both the Premier League and Champions League.

At least three and ideally four more signings in what remains of August is the aim and as you may have noticed, a significant number of Chelsea’s targets — Danny Drinkwater, Alex Oxlade-Chamberlain, Ross Barkley — are English.

This is no idle coincidence. After a summer that saw John Terry, Asmir Begovic, Nathaniel Chalobah, Nathan Ake and Ruben Loftus-Cheek leave Stamford Bridge either permanently or on loan, Chelsea are running low on players who qualify as “home-grown” under Premier League and Champions League squad rules.

Since the 2010-11 season, Premier League clubs have been required to submit 25-man squads that contain no more than 17 players who don’t meet the home-grown player criteria (those registered with any Football Association-affiliated club in England or Wales for three full seasons before the age of 21).

Of the 17 senior professionals currently available to Conte — excluding Diego Costa and Loic Remy, who do not feature in Chelsea’s first-team plans regardless of whether or not they are sold in the coming days — only captain Gary Cahill, Cesc Fabregas and Victor Moses qualify.

Clubs who don’t have at least eight home-grown senior professionals can stay within the rules by leaving blank spaces in their squads, which can also be supplemented by an unlimited number of players under the age of 21 (a role currently fulfilled by Andreas Christensen, Charly Musonda and Jeremie Boga).

Chelsea have only begun a season with eight home-grown first-team players once since the system was introduced — in the 2012-13 campaign when Ashley Cole, Frank Lampard, Daniel Sturridge and Ryan Bertrand were still at Stamford Bridge — and they have never used more than 23 of their 25 available squad slots.

But they have also never embarked on a campaign having used fewer than 19 (in the 2010-11 season, when the January signings of Fernando Torres and David Luiz could not save Carlo Ancelotti’s job), reinforcing the notion that ending this window without at least a couple of new faces is unthinkable.

With Costa and Remy now both persona non grata, Chelsea effectively have available spaces for three foreign signings in their squad, so they need not be limited solely to pursuing targets who have come through English and Welsh academies. Virgil van Dijk’s standoff with Southampton remains of interest, while Conte is a long-term admirer of Inter winger Antonio Candreva.

A larger domestic contingent, however, would afford the Premier League champions much more flexibility to bolster Conte’s squad within the rules, both now and in future transfer windows.

Shopping closer to home at this stage of the window also makes sense from a risk point of view. The same familiarity that makes Drinkwater and Oxlade-Chamberlain relatively unexciting targets in eyes of many supporters actually increases their appeal to clubs in need; they are known quantities.

With the season underway and time for extensive physical and tactical preparation in short supply, the value of a player who has already undergone a Premier League preseason elsewhere and requires no time to adapt to the division increases significantly.

And while once upon a time a club like Chelsea might have been wary of paying the “English premium” for established Premier League talent, the spectacular hyperinflation of this summer’s transfer market means good value is harder for English clubs to find anywhere in the world than ever before.

Whether or not they buy British, Chelsea know their August trolley dash could get eye-wateringly expensive as the deadline approaches. They also know, however, that Conte requires no less than their full backing if Sunday’s win at Wembley is not to prove a rare bright spot in a gloomy season.