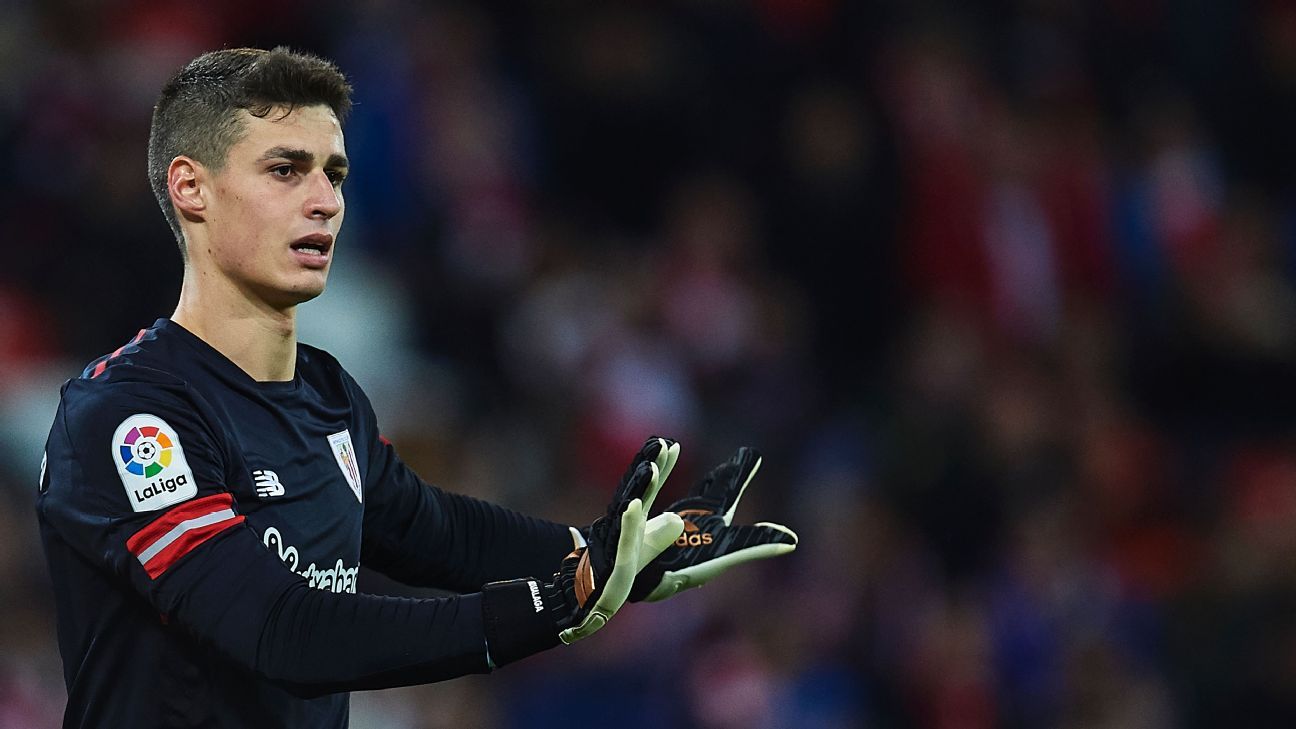 
Chelsea have informed Athletic Bilbao goalkeeper Kepa Arrizabalaga that they are prepared to pay his €80 million (£71.5m) buyout clause with the player set to make a decision about his future in the coming hours, sources have told ESPN FC.

Kepa has emerged as Chelsea’s preferred choice to replace Thibaut Courtois, who declined to report for training at their Cobham training ground on Monday as he attempts to force a £35m transfer to Real Madrid.

And with time running out before the Premier League transfer deadline on Thursday, Aug. 9, Chelsea have decided they are willing to make the 23-year-old the world’s most expensive goalkeeper, as well as their third signing of a chaotic summer.

– The Luck Index: The findings and methodology
– Man United luckiest, Liverpool unluckiest
– Index proves luck doesn’t even out over time

Sources told ESPN FC that Kepa boarded a flight from Bilbao Airport on Tuesday, with Spanish newspaper AS reporting that he is set to meet with his representatives in Madrid and decide whether to make the move to Stamford Bridge.

Breaking the bank for Kepa is a drastic change of direction for Chelsea, having lost out to Liverpool in the race for Brazil No. 1 Alisson earlier this summer because of their reluctance to meet Roma’s valuation of the player, who ultimately moved to Anfield for £56m.

Kepa was close to joining Madrid for as little as €20m in January, but the deal was blocked by then-coach Zinedine Zidane, and Athletic responded by committing their prized asset to a new long-term contract, which increased his buyout figure to €80m.

Athletic do not negotiate when it comes to selling their top stars because they limit themselves to only signing Basque players, meaning the only way Chelsea can bring Kepa to Stamford Bridge is by activating his buyout clause.

Manchester United encountered similar difficulties when pursuing a £29m deal for Ander Herrera in the summer of 2014, and rivals Manchester City were forced to make Aymeric Laporte their club-record signing by paying £57m for the defender in January.

Kepa, who joined Athletic at the age of 10, was part of the Spain squad that lost to Germany in the final of the Under-21 European Championship in 2017 and was also part of the senior group at the 2018 World Cup, alongside David De Gea and Pepe Reina.