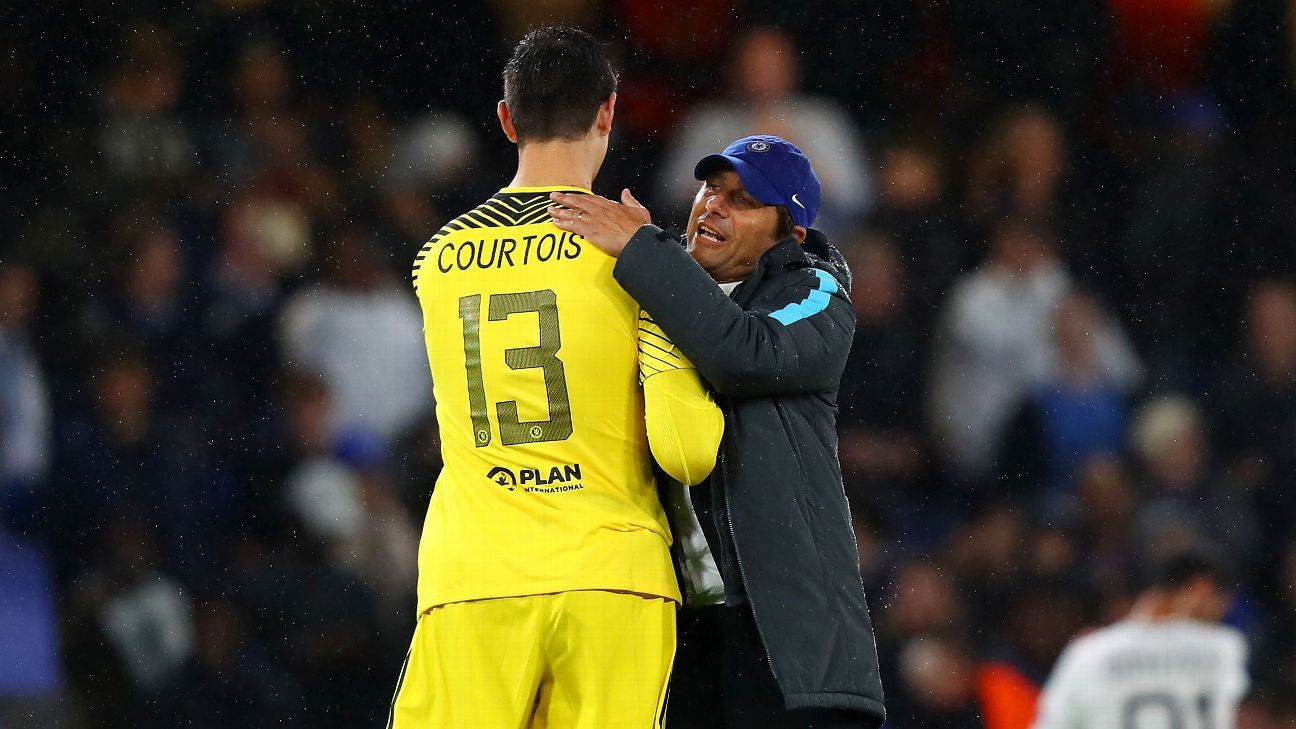 Mourinho was sacked in December 2015 after a run of only four wins in 16 games left his defending champions one point above the relegation zone.

Chelsea have made a stuttering start to their title defence this season, but Courtois believes Saturday’s 4-2 comeback victory over Watford showed the players are fully behind Conte.

“We are ready to fight for the coach,” Courtois told the Evening Standard.

“I remember what happened two years ago under Jose Mourinho and things started to be said, there were stories about the dressing room without knowing what was happening.

“We are happy to show that we are ready to fight. We all know what would have happened [with further talk about Conte’s future] if we had lost against Watford.

“There was a moment when we were 2-1 down, we were having difficulties and Watford could have made it 4-1. It was very important to come back to win.

“In 2015 we wanted to fight as well but the game didn’t turn out well for us, there was too much bad luck. Sometimes different things happened.”

He said the Watford game had shown that the current team were prepared to battle, “firstly as a group of players.”

“We want to win games,” he added. “We don’t want to lose and say we don’t care any more. We want to fight for ourselves, too. It is important for us.

“Some of us remember what happened two years ago, and we don’t want the same thing to happen.”

“Every manager has his own routine. With Antonio we do a lot of tactical sessions and drills. We are fine with it,” he said.

“Last season we were champions with his way and we trained much more than this season, so I don’t know why somebody would complain. It’s not as if we don’t like to train.”