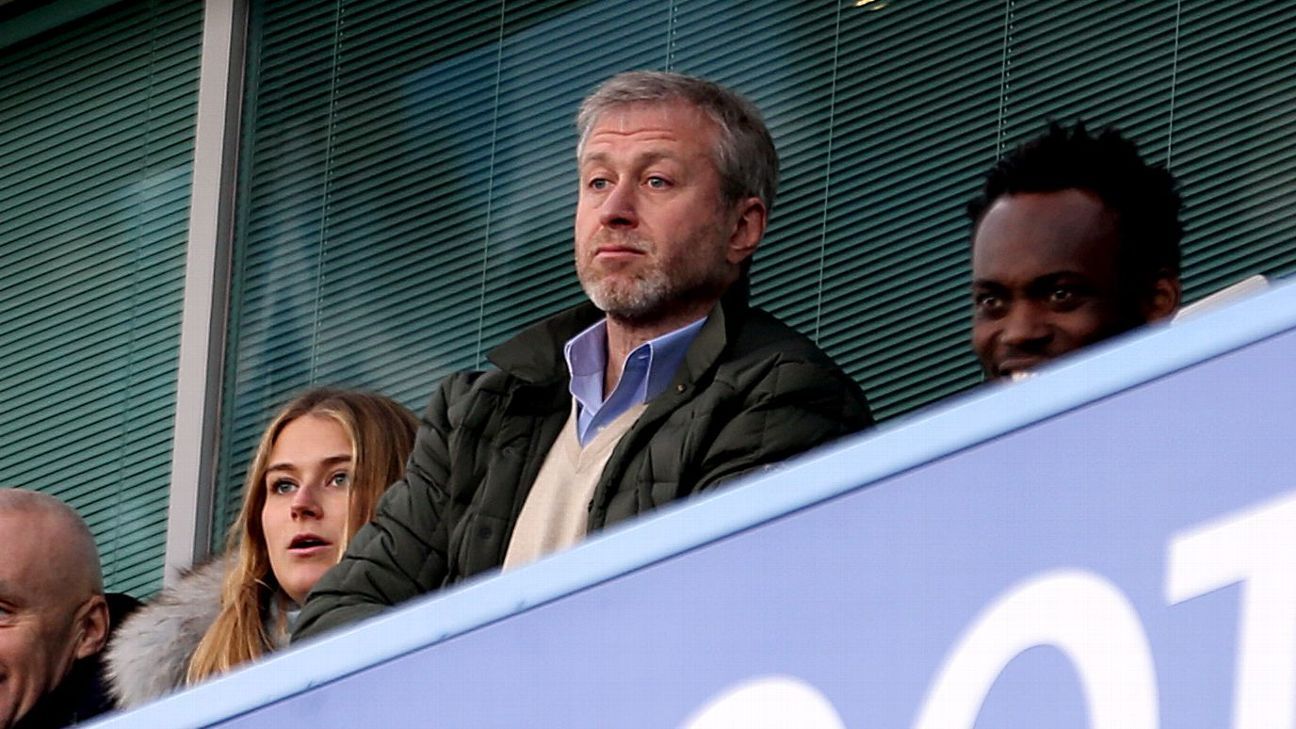 
Roman Abramovich’s lawyer has said any suggestion that the Chelsea owner has been involved in money laundering or has contacts with criminal organisations is “entirely false” after it was reported that he was denied residency in Switzerland in 2016 amid allegations of both.

Abramovich applied to live near the ski resort of Verbier, but the country’s federal police (Fedpol) advised immigration officials to reject the application on the grounds that he represented a threat to public security and the country’s reputation, documents seen by media company Tamedia show.

The Zurich company fought an 18-month legal battle to publish the documents.

Abramovich — who has never been indicted in Switzerland or anywhere else — has denied the allegations, and lawyer Daniel Glasl indicated that he would file a criminal complaint.

“We are extremely disappointed by the release and publication of confidential information from Swiss government files regarding Mr Abramovich, which occurred in clear violation of Swiss criminal law and Swiss data protection laws,” Glasl said in a statement received by ESPN.

“We have filed a request for correction of facts to the Swiss Federal Police and will be filing a criminal complaint against unknown persons responsible for dissemination of this confidential information.

“Any suggestion that Mr Abramovich has been involved in money-laundering or has contacts with criminal organisations is entirely false.”

Abramovich withdrew his residency application in June last year when he was informed that it was due to be rejected. His legal team wrote to Fedpol in November to demand a correction but the request was turned down.

A tribunal in Zurich issued an order preventing the press from publishing any details in February, but the order was overturned on appeal and on Friday a federal court ruled in favour of Tamedia’s right to report on the background of the case.

The private Fedpol documents show that a “suspicion of money-laundering” and “contacts to criminal organisations” were at the centre of police objections to Abramovich’s application.

“Mr Abramovich has never been charged with participating in money-laundering and does not have a criminal record,” Glasl said.

“He has never had, or been alleged to have, connections with criminal organisations. Fedpol has failed to provide any evidence of criminality whatsoever.

“Mr Abramovich has submitted to numerous thorough background checks by governments and business partners over the years, and such unsubstantiated allegations have never been at issue.”

Fedpol declined to comment on the specifics of the case when contacted by ESPN.

Earlier this year, Abramovich found himself unable to visit the UK after the government declined to renew his Tier-1 investor visa amid heightened political tension with Russia.

Abramovich responded by acquiring Israeli citizenship, though the UK government has said he cannot work if he visits the country on his new passport.

Sources told ESPN FC that his commitment to Chelsea was unwavering after the Sunday Times reported that he was exploring selling the club.