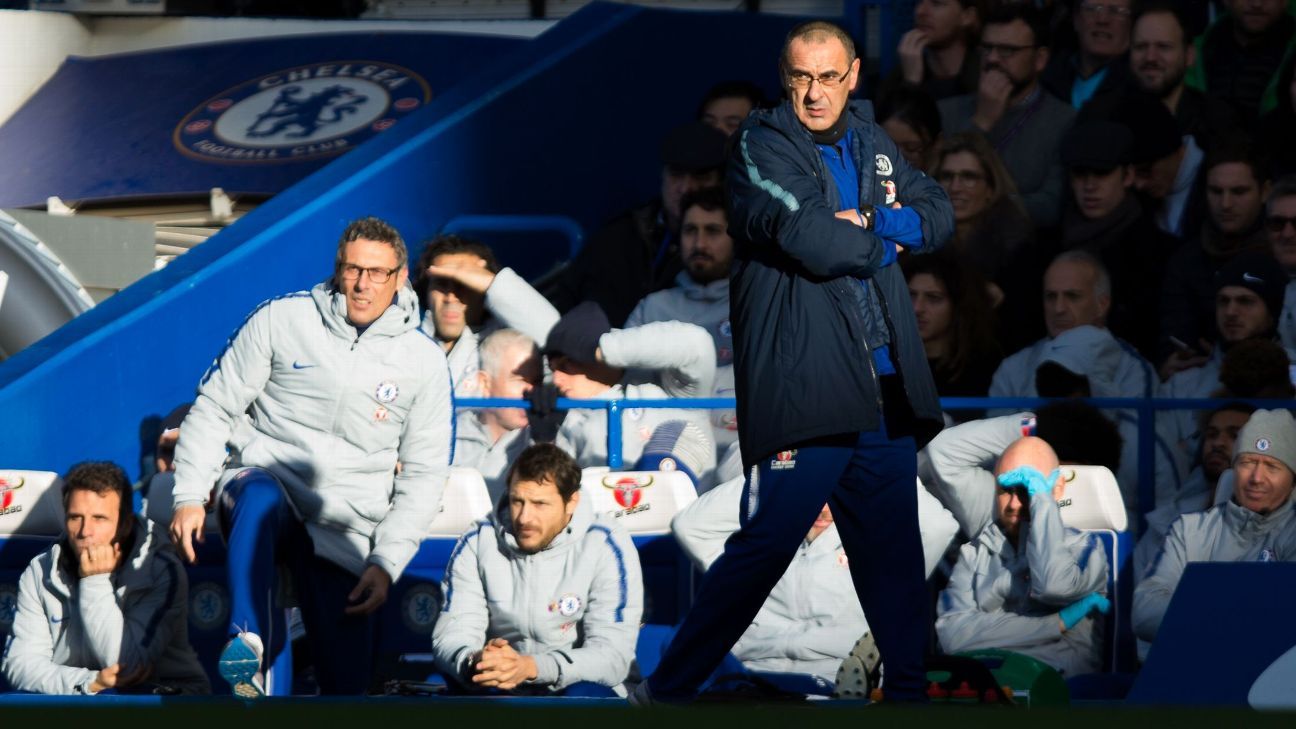 
LONDON — Maurizio Sarri has said that nerves were an issue for his Chelsea players as they battled to a hard-fought 2-0 victory over neighbours Fulham at Stamford Bridge.

Pedro and substitute Ruben Loftus-Cheek scored early and late as Chelsea got back to winning ways in the Premier League, though there were signs during the match that last weekend’s comprehensive defeat to Tottenham was not entirely out of their system as Fulham pressed and harried their defence.

After the game, Sarri said that his players were anxious to respond well to their Spurs setback, and that they were ultimately deserving winners.

“I think today the result [above all else] was important,” he said. “We started well. At 1-0, I think the players had a very good level of application and attention, but I think we were a bit nervous.

“Of course, it wasn’t easy the days after Tottenham for me and the players, but I think that we have thought too much about that match. We lost a match after three-and-a-half months. It can happen.

“Today it was important to react. But I think the team reacted really very well in the Europa League. Today was more important, of course, and I think in the minds of the players there was only the result.”

N’Golo Kante was singled out by Sarri for his tactical indiscipline against Spurs but was one of Chelsea’s better performers here, producing an early tackle and driving run that created the opening goal for Pedro.

“Today [he was] better, I think. When the ball was on the other side of the pitch, [his positioning was] better. I remember only one mistake in the first half. With the ball on the other side, he has to stay very close to Jorginho, otherwise it’s a big problem for us. Jorginho can cut out passes from the opposition, but he’s not very strong at closing the open spaces.”

Loftus-Cheek also strengthened his case for a regular starting spot with Chelsea’s late second goal, and Sarri spoke in positive terms about his recent contributions.

“Today I saw Kovacic a bit tired, so I put him on the pitch without problems. I was sure about his impact in the match.”