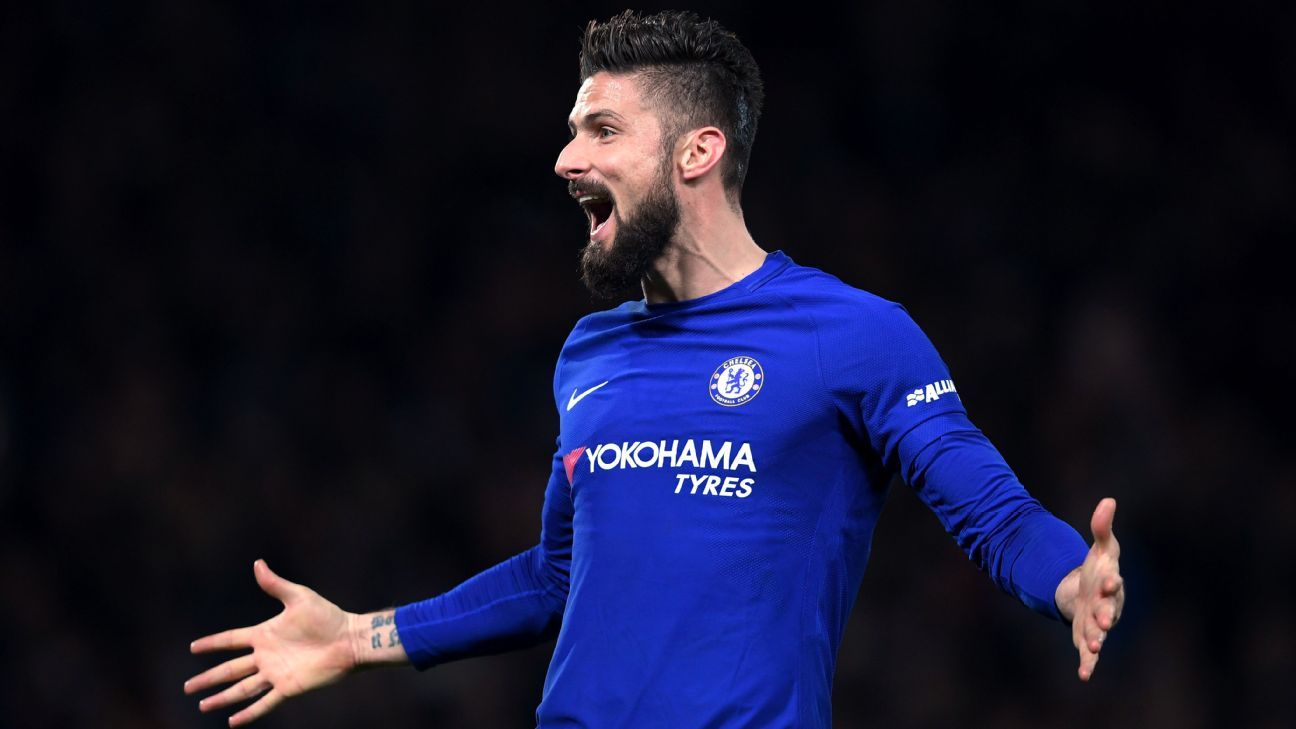 
France coach Didier Deschamps believes Olivier Giroud was right to leave Arsenal for Chelsea in January, telling SFR Sport the move is “better for him.”

Giroud, 31, struggled for playing time following the arrival of Alexandre Lacazette in a club-record deal last summer. Lacazette has also been competing with Giroud for places at international level, and Giroud had grown concerned at how his lack of playing time at Arsenal would affect his chances of being selected in France’s World Cup squad this summer.

“I’m happy for him,” said Deschamps, who spoke to Giroud about his choice. “I’m not here to give advice. I’m here so that he is aware of the reality, to tell him things. After that, it’s his decision. I’m not going to tell him to go here rather than there. It’s up to him.”

Giroud started just once for Arsenal in 16 Premier League appearances in the first half of the season. That’s as many starts as he has made in just two top-flight outings at Chelsea already, and he also started the recent FA Cup win over Hull City.

Though Giroud was an unused substitute in the Champions League draw with Barcelona on Tuesday, Deschamps is confident he will get more opportunities to shine at Stamford Bridge than he would have had at the Emirates Stadium.

“He’s had back-to-back starts, something that’s not happened to him in a long time,” Deschamps said. “He’s winning games, because he makes others score and scores himself. It’s a lot better to play a match from time-to-time than come off the bench, even if when he comes on, he’s also effective. He scores a lot of goals and he makes others score. It’s better for him.”

While Giroud’s chances of playing for his country at the World Cup have improved thanks to a move, Benjamin Mendy’s ambitions of a first appearance at the global tournament are increasing day by day as he continues his recovery from injury.

The Manchester City left-back has been sidelined since rupturing the anterior cruciate ligament in his right knee in his club’s 5-0 Premier League win over Crystal Palace on Sept. 23 but is expected to return to first-team training soon.

“He’s on schedule, it’s good, it’s even very good,” said Deschamps, who handed Mendy, then at Monaco, his senior international debut last season. “After that, it’s about getting yourself up to speed, being in training with the rest of the squad, getting back into competitive games. But he’s doing everything. I know he has the desire.”

Asked whether Mendy could be first choice at the tournament, Deschamps said: “In theory, yes. Today, I don’t have the answer, him neither. He’s doing everything to get in shape, taking into account what happened. There’s no point in taking too many shortcuts. He has to get back the flexion, extension [in his knee], and not have any apprehension.”