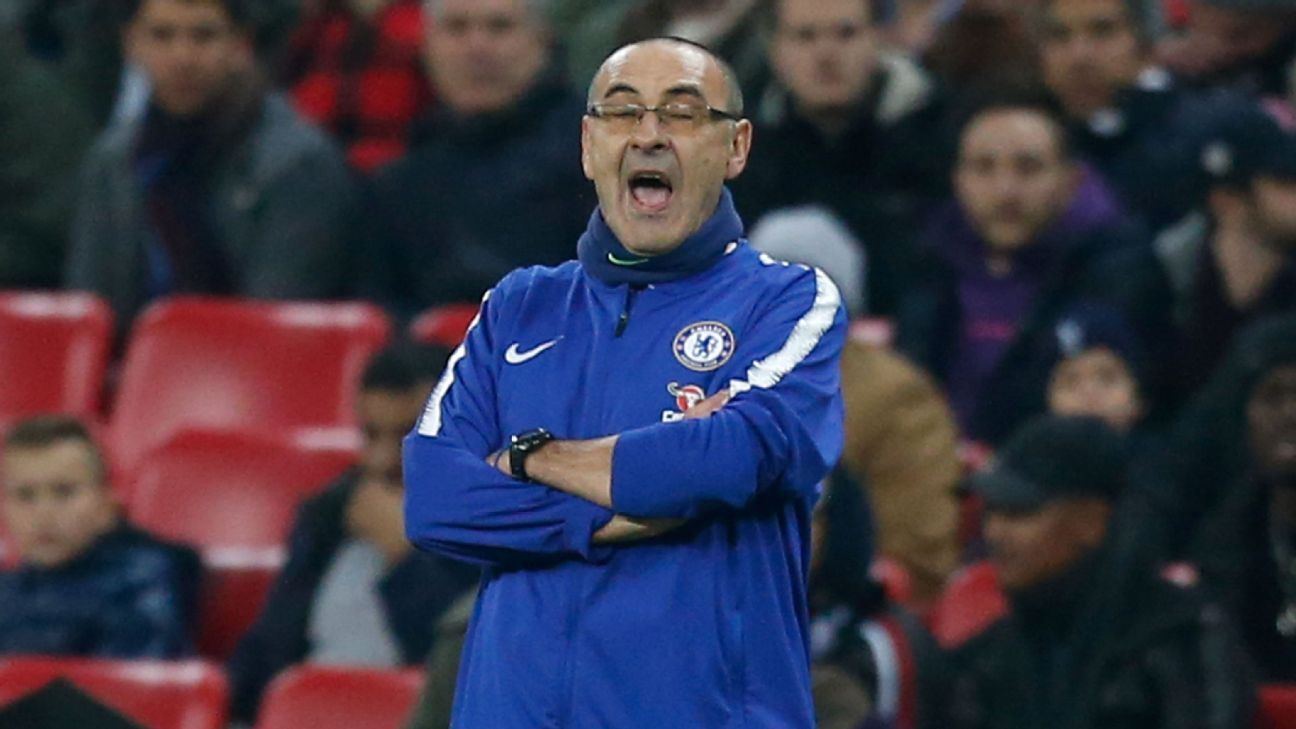 
LONDON — Chelsea boss Maurizio Sarri admitted he liked to play football more than celebrate the holidays and that there would be “no Christmas” for his team as they enter into a busy festive period.

Revealing that Chelsea will train in the afternoon on Christmas Eve and in the morning on Christmas Day after Saturday’s match against Leicester City ahead of their trip to Watford for Boxing Day’s late kick off, he said: “There is no Christmas for us.

Asked if he personally enjoys Christmas, Sarri replied: “No, I like more to play football. I am lucky — in Serie B in Italy, we played over Christmas and I liked it very much. In the Italian stadia, there was a wonderful atmosphere. In Italy, it’s not really very easy [to have that].”

Speaking in his prematch news conference ahead of the Leicester match, Sarri also said he shares Ruben Loftus-Cheek’s view that his future lies in central midfield and added that he believes the 22-year-old has the potential to become a star player for Chelsea.

Loftus-Cheek has featured as a starter or used substitute in each of Chelsea’s last seven matches across all competitions, producing one of his most eye-catching performances of the campaign on the right flank in Wednesday’s 1-0 win over Bournemouth in the Carabao Cup quarterfinals.

Sarri has often deployed Loftus-Cheek as a winger with Ross Barkley and Mateo Kovacic also battling for minutes in the middle of the pitch, but after the Bournemouth game Loftus-Cheek reiterated that he sees himself primarily as a central midfielder.

Sarri agreed. “He is a very, very good player. Potentially, he’s a great player. He played seven matches out of seven in the last month, I think four in the starting XI and three off the bench. So I’m really very happy with him. He’s improving from the tactical point of view, improving a lot.

“In the last match he played as a winger. I think, in the future, he will be a midfielder but, sometimes, we need him as a winger — especially in the last part of the match.

“For example, in Brighton, in the last 20 minutes the match was different so we needed more physical impact. So I think that, at the moment, he’s a very important player for us. In the future, he will be a [crucial] player for us. More than important.”

Asked if Loftus-Cheek can become a star at Chelsea, Sarri replied: “The potential of the player is for that. Now it’s up to him, I think.

“He’s improving tactically but he needs to improve more. He is very good with the ball, but he has to improve in movements without the ball, also in the offensive phase.

“The match is 90 minutes and, if you are lucky, you have the ball for two minutes. So you have to play 88 minutes without the ball in the defensive or offensive phase. It’s very important.”

Loftus-Cheek’s hopes of continuing his recent run of regular minutes in the coming weeks will be high with matches packed into a gruelling festive schedule, but Sarri warned his players not to expect much relaxation even as those around them enjoy the holidays.