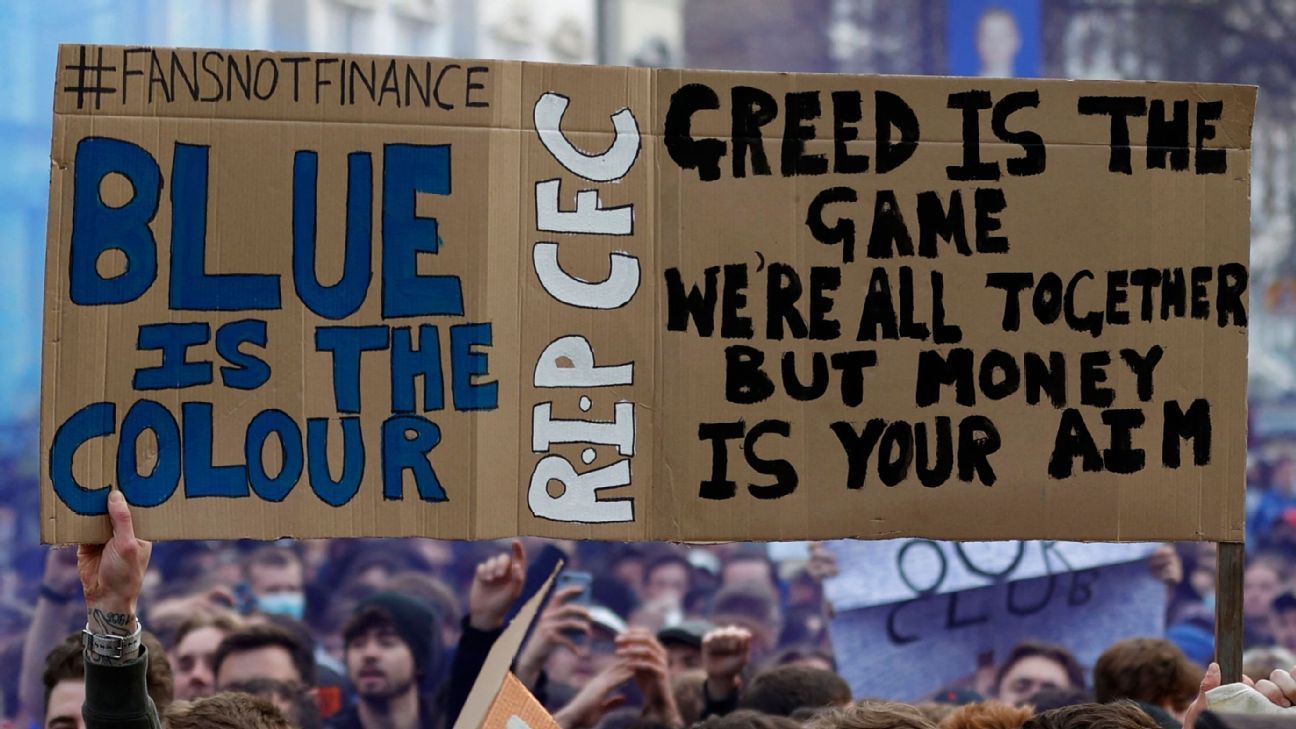 
Chelsea and Manchester City have decided to begin the process of pulling out of the proposed European Super League, sources confirmed to ESPN.

The reserval is a stunning U-turn for the two English Premier League clubs following Sunday’s announcement that they were among 12 of Europe’s biggest football clubs planning to break away from the UEFA Champions League.

The Super League organisers, headed by Real Madrid president Florentino Perez, had said they hoped to add three more founding members before launching their competition “as soon as practicable.”

The developments come ahead of Chelsea’s Premier League match against Brighton on Tuesday at Stamford Bridge. A group of Chelsea players went to chairman Bruce Buck to say they were opposed to the proposed league, sources told Olley.

Several hundred fans gathered outside Stamford Bridge hours before kick-off to voice their opposition to the club’s plan to sign up to the new competition.

Technical and performance director Petr Cech was caught on camera pleading with supporters to let the team bus enter the ground as fans blocked their access to the stadium.

News then filtered through that the Blues were drawing up documentation to reverse their decision to join, prompting cheers and chants of “we’ve saved football” from the fans who had been moved around 300 yards away from the stadium’s main entrance point.

Unlike the Champions League competition, where teams have to qualify through their domestic league, the founding Super League teams would guarantee themselves a place in the new competition every year.

UEFA has warned it may impose sanctions against clubs and players who take part in the breakaway competition while UK Prime Minister Boris Johnson and his government have been quick to condemn the notion of the Super League.

FIFA president Gianni Infantino told the 12 breakaway European Super League clubs on Tuesday that they could not be “half in, half out” of the established football system and must face up to the reality of their decision.

A number of top players under contract at the six Premier League clubs signed up to the new venture had raised concerns about UEFA’s threat to ban them from playing for their countries at international tournaments, including the 2022 World Cup in Qatar.

This is a developing story…