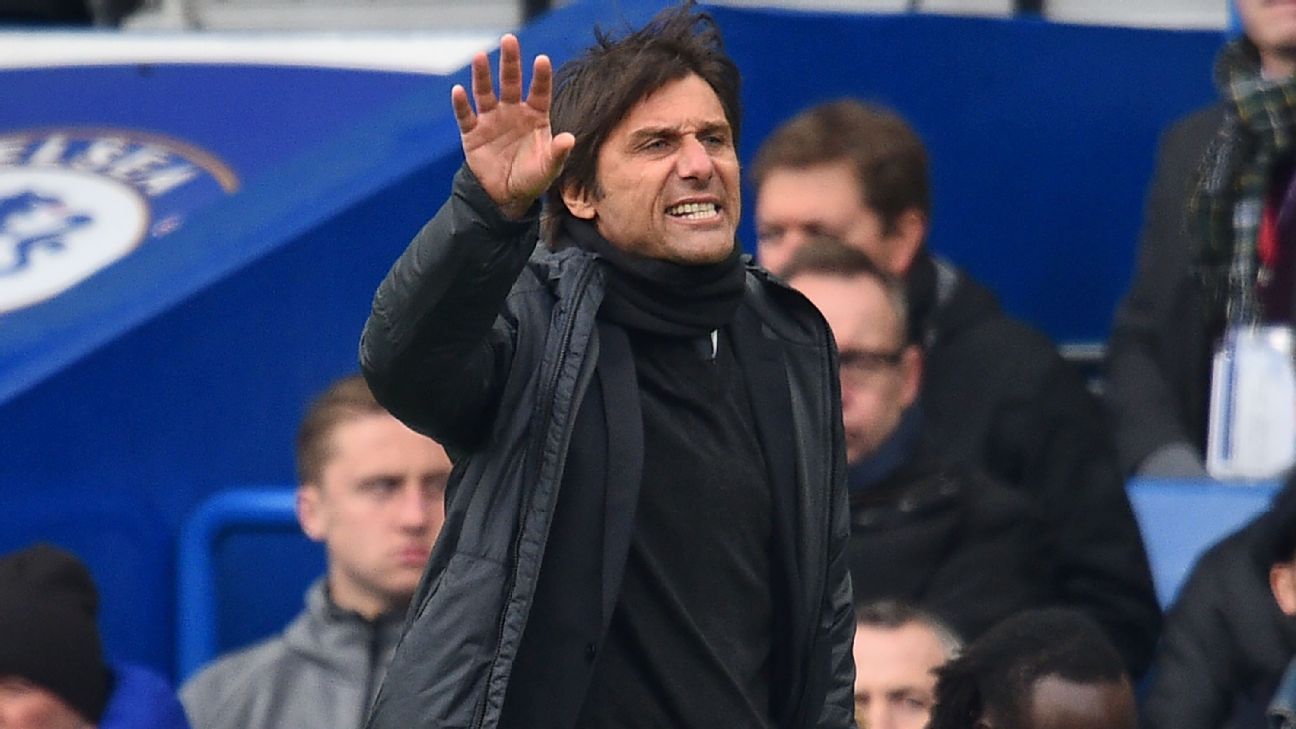 
Sunday’s 3-1 home defeat to Tottenham was a painful experience but perhaps the most damaging aspect of the result is that it leaves Chelsea’s chances of qualifying for next season’s Champions League hanging by a thread. Now with an eight-point gap to fourth place and just seven games remaining, the Blues look destined for the Europa League.

There are plenty of reasons for their fall from grace. Competing in Europe has seen Chelsea play far more games, leading to more injuries and greater inconsistency. Player sales and recruitment have been highly questionable in each of the last two transfer windows, as has been the confusion over replacing the departed technical director, Michael Emenalo. Also, some of those that shone in the team last year, such as Victor Moses and Pedro Rodriguez, have not been able to replicate that form. At the same time, Chelsea’s rivals have all improved markedly.

While all these are undeniable factors in the team’s slump, an equal share of the blame must fall to Antonio Conte. Last season he justifiably earned plaudits for his tactical intelligence and his ability to coax excellence from previously un-fancied players. That has not continued this season. The sheer volume of individual errors that have dogged the team since the turn of the year highlights a shift in intensity and a dropping of standards. The odd calamity can be written off but when there are a number of costly mistakes occurring on a weekly basis, then it hints at something more inherent. In this regard, the buck stops with the manager.

Part of those issues stem from a lack of experience, something Conte has been quick to point out. But while he might bemoan the failure to adequately replace Diego Costa and Nemanja Matic, it must be noted that it was his decision to marginalise the influential and passionate (if occasionally erratic) David Luiz, as well as leave club captain Gary Cahill regularly watching from the sidelines.

There is also a stubbornness to Conte that can be both his strength and his weakness. His belief in playing a three-man defence ultimately took Chelsea to the 2016-17 title but there is little flexibility when it isn’t working. There have been 3-5-2 flirtations with occasional success, such as in the 2-1 win at Atletico Madrid, but it is difficult to recall when a tactical tweak mid-game turned a match in Chelsea’s favour. In fact, the opposite happened on Sunday when Olivier Giroud was introduced in a late switch to 4-4-2. Instantly, any momentum that Chelsea had been gathering since falling 3-1 behind disappeared as the players genuinely looked like they had never practiced this scenario before. Despite having two top-class aerial exponents up front in Giroud and Alvaro Morata, Chelsea didn’t deliver one single cross in the final 10 minutes of the game.

Then there is the issue of team selection. It was clear that Tiemoue Bakayoko needed to be withdrawn from the team ages ago, with his confidence having evaporated, yet he was perplexingly kept in the firing line. The same could now be said of Andreas Christensen, a fine talent with a huge future but one that has suffered a dreadful run of late and needs to be managed accordingly.

Finally, the flip side. The exile of Luiz has already been mentioned but there is also the case of Michy Batshuayi, who never had the trust of his manager and was duly loaned to Borussia Dortmund. At the latest count he has 23 goals in 39 appearances this season for Chelsea, Dortmund and Belgium, a strike rate that might have offset the Blues’ lack of ruthlessness since the turn of the year. Conte might decry a lack of resources yet it has been his choice not to use many of those provided.

Though maybe the most galling element was hearing Conte claim inferiority to Tottenham in the build-up to Sunday’s game, stating that Spurs were “ahead of us in terms of development.” While Tottenham are certainly an excellent side, they’re still a club that hasn’t lifted any type of silverware for a decade. If anybody needs reminding, Chelsea won the Premier League title last year and again two years before that. Tottenham’s last title? 1961.

There have been too many excuses from Conte this campaign, something that must surely be amusing former Chelsea boss Jose Mourinho, who found himself constantly criticised by the Italian last season for the state in which he left the club. Conte has a point with some of his gripes directed at his board and his predecessor, though there has also been a noticeable reluctance to take responsibility, preferring instead to shift the blame onto others.

It is a sorry state of affairs not least as Chelsea fans took Conte to their hearts. The touchline histrionics, embracing the language, the re-imagining of a disjointed team and, of course, a record-breaking Premier League title win. He will always be a cherished part of the club’s history. Sadly, it seems Conte’s inevitable departure might not be missed as much as he might have hoped.