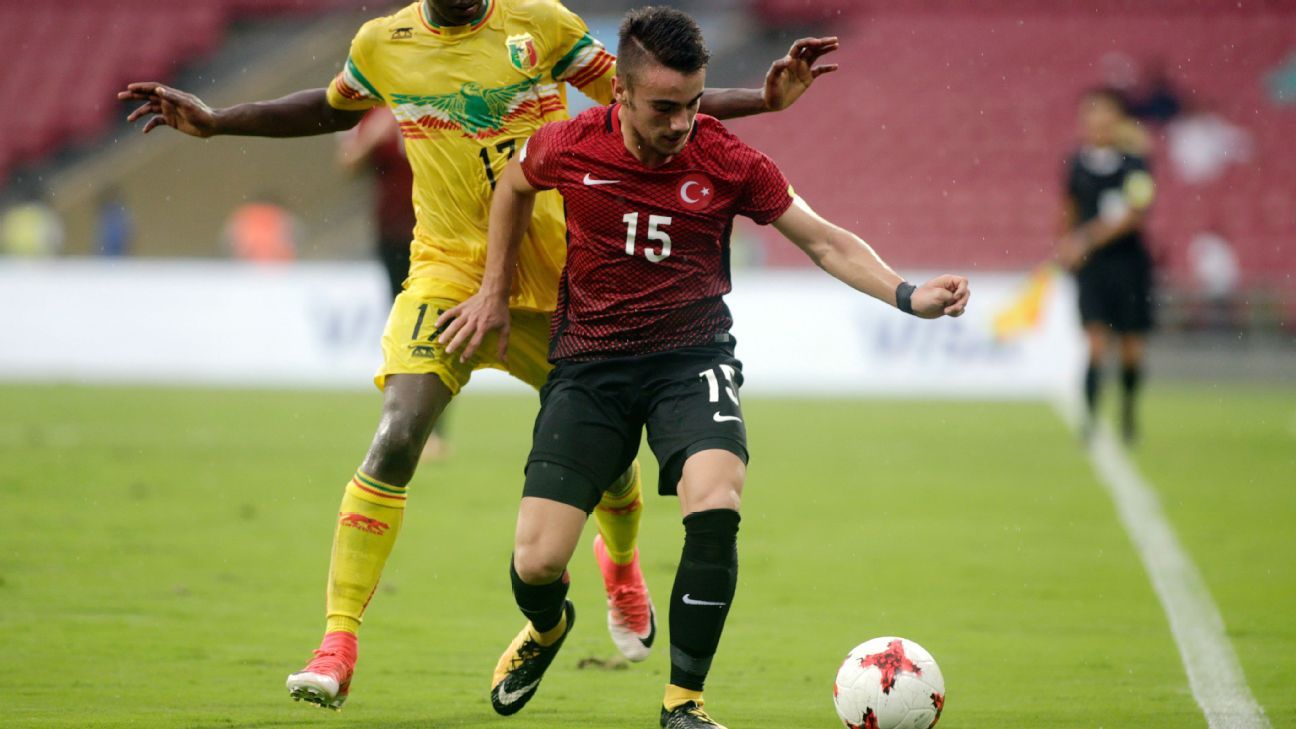 The four clubs sent scouts to keep tabs on Akgun during the Turkey Under-19s’ 1-0 victory over England U19s at Manavgat, Antalya at the U19 Euro on Tuesday.

The victory saw Turkey top the group and progress to the elite qualifying round along with England.

Akgun put on a man-of-the-match display for Turkey, providing the assist for Onur Taha Takir on 72 minutes with a clever through ball behind the England defensive line.

Sources say Chelsea have subsequently added Akgun to their shortlist and will continue to keep tabs on the Galatasaray winger whose contract runs until 2020.

Juve and Chelsea see the 18-year-old as a long-term option and would loan him out to gain experience if a transfer were to go ahead, sources add, while Wolfsburg and Benfica view Akgun as a player that could potentially be integrated into the senior side by next season.

Akgun has four goals and one assist in six appearances for the Turkey U19 side.

Turkey has seen an increase in the number of young players moving to top five leagues over the past two seasons. Cengiz Under and Caglar Soyuncu emerged from the Altinordu academy and now play at Roma and Leicester City, respectively. Zeki Celik, meanwhile, moved from fellow second-tier side Istanbulspor to Lille where he has started every game this season.

Galatasaray promoted several academy players to the first team over the summer as the reigning Super Lig champions are under pressure from Financial Fair Play to curb spending and have been forced into making use of the previously ignored academy.

Eighteen-year-old defender Ozan Kabak has established himself as a first-choice centre-back in head coach Fatih Terim’s side since breaking into the team in October. Akgun is expected to be the next academy-developed footballer to feature regularly in the squad.

The young winger has one assist in seven appearances this season, including a brief run-out in the Champions League clash against Porto on Matchday 2, and is expected to gain increasing minutes as Terim will be unable to invest heavily in his squad over the winter transfer window and has made it clear that Akgun is part of his plans this season.