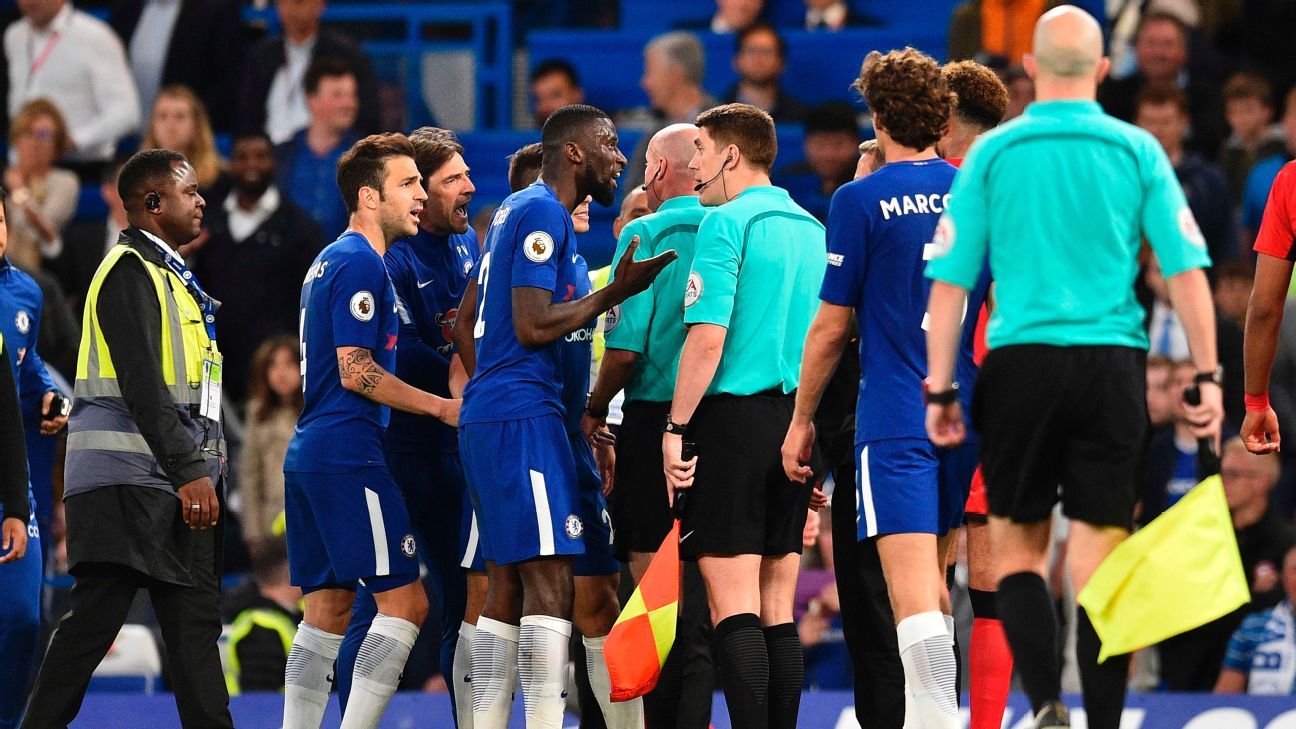 
Chelsea have been fined £20,000 for failing to control their players and staff during a 1-1 draw with Huddersfield Town at Stamford Bridge, the Football Association has announced.

The flashpoint that prompted the charge occurred in first-half injury time when referee Lee Mason initially signalled for a Chelsea corner before blowing his whistle for half-time as Willian walked across to take the kick.

Mason was immediately surrounded by angry Chelsea players, led by captain Cesar Azpilicueta, and coach Antonio Conte also made his feelings known to the officials as they left the field.

A freak goal by Marcos Alonso cancelled out Laurent Depoitre’s opener for the visitors in the second half, and Huddersfield withstood lengthy spells of pressure to secure a draw that confirmed their Premier League survival and all but ended Chelsea’s slim chances of claiming a top-four finish.

Chelsea subsequently slumped to a 3-0 defeat against Newcastle United at St James’ Park on the final day to finish fifth, meaning they will compete in the Europa League rather than the Champions League next season.