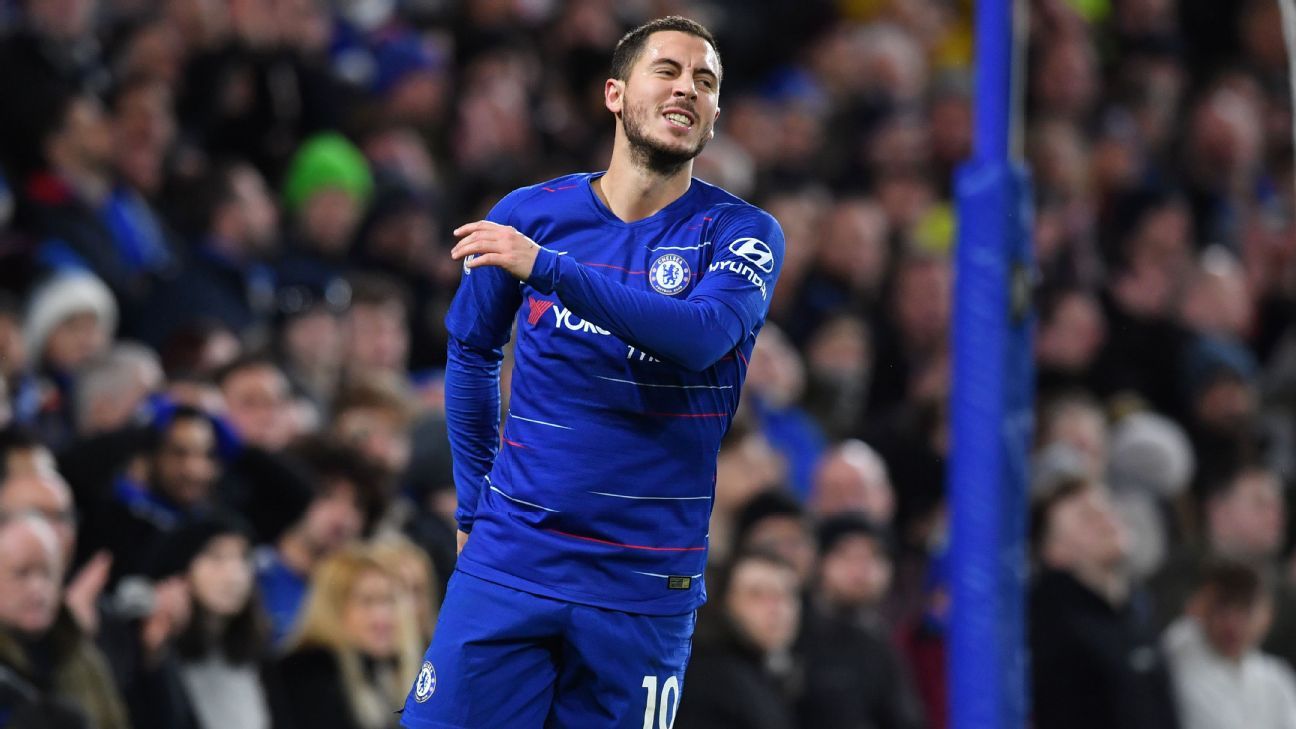 
LONDON — Chelsea fear there is nothing they can do to prevent Eden Hazard from becoming a Real Madrid player in the summer, sources have told ESPN FC.

Zinedine Zidane’s shock return to the Bernabeu on Monday, coupled with the uncertainty at Chelsea, has left many at the London club convinced that Hazard regards a move to the Spanish capital as too good to turn down, with his price the only thing left to determine.

Chelsea’s confidence of keeping Hazard has been receding for months, with the Belgium international having made no attempt to hide his attraction to Madrid while spurning Chelsea’s attempts to reopen talks over a contract extension that would make him the highest-paid player in their history.

The reappointment of his childhood idol Zidane dugout will only strengthen Madrid’s appeal to Hazard, although his long-standing interest in playing for them goes beyond the identity of their coach.

Chelsea are expected to demand at least £100 million to sell Hazard, but are aware they will struggle to replace him regardless of the size of fee they recoup — particularly if they are not able to secure a delay to the two-transfer window ban imposed by FIFA last month.

Being unable to register new players in the summer would make Chelsea even more loath to lose Hazard, who has made it clear on numerous occasions that he is not prepared to follow the example of Thibaut Courtois and damage his relationship with the club by going on strike to force a move.

But the winger’s contract status means he will not have to, since any refusal to sell leaves Chelsea with the risk of him walking away as a free agent in 2020.

Chelsea are more confident of keeping another of their prized assets, N’Golo Kante, amid reports in Spain this week that Madrid are keen on the World Cup winner as part of Zidane’s planned overhaul.

Paris Saint-Germain have also expressed interest in signing Kante in recent windows, but Chelsea’s position is strengthened by the fact that the midfielder signed a huge new contract in November that commits him to the club until 2023.

Maurizio Sarri’s decision to change Kante’s midfield role to accommodate Jorginho this season has encouraged speculation about the France international’s future, but Chelsea consider him essential and not the type of person who would agitate to leave.

Zenit face competition for Barcelona’s Umtiti from Liverpool, Man United
Athletic Bilbao vs. Barcelona – Football Match Report – April 17, 2021
David Beckham’s Inter Miami could be a great team. But it has to win first
FIFA probing Mexico anti-gay chant in Olympic qualifier vs United States
Super League is only wanted by a cabal of Europe’s elite club owners. Fans have been forgotten