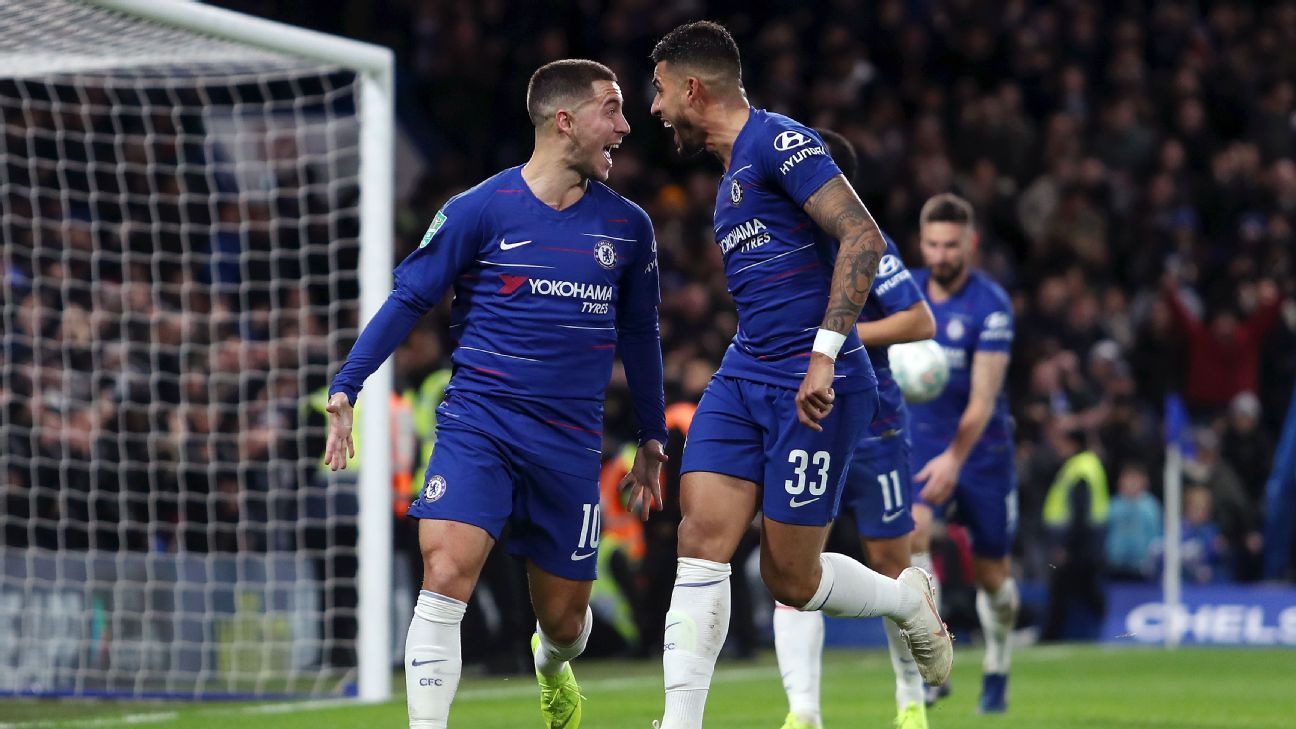 
LONDON — Gianfranco Zola insisted that Chelsea are “excited” to take on Tottenham in the Carabao Cup semifinals after the “good footballing lesson” their rivals taught them in the Premier League last month.

Spurs ended Maurizio Sarri’s unbeaten start to the season in emphatic fashion at Wembley, with goals from Dele Alli, Harry Kane and Son Heung-min wrapping up a comprehensive 3-1 win over their bitter London rivals.

And after learning of Wednesday’s semi-final draw, Chelsea assistant Zola said his players would relish the opportunity to exact revenge in what look sure to be two feisty legs between the teams in January.

“It could have been better,” Zola admitted with a smile. “We are in the semifinals, though. It looks like both games will be difficult now, but it’s fine. We are happy because, some time ago, they gave us a good footballing lesson. We’re looking forward to challenging them again. Everyone is very excited to be facing them again.

“There are a lot of proud players in our team. Of course they will want to play this [tie] and show we were not the ones playing in that game. Too many players under-played. Some of them were hurt. They will be looking forward to it, and I’m really pleased we play against them. I can’t wait.”

Chelsea were made to work for their semi-final place by an impressive Bournemouth side at Stamford Bridge, with substitute Eden Hazard’s 99th goal for the club — a deflected shot at the end of a move he started — proving decisive six minutes from the end of an entertaining cup tie.

“It was a very tough game,” Zola added. “Bournemouth are a very good team. Their coaches have been doing an excellent job. They gave us a really hard time.

“We started well, but they didn’t concede much, closed down the spaces well, and got stronger and stronger. The difference was the changes we made. When Pedro and Eden came on, they gave us an extra gear. That goal made the difference.”

Chelsea were hoping to give Hazard the night off by keeping him on the bench, but a combination of tame finishing and inspired goalkeeping from Artur Boruc kept the game scoreless and forced Sarri to turn to his Belgian superstar on the hour mark.

“Of course we knew we have a lot of games,” Zola admitted. “Obviously players like Eden, we need to keep them fit and in good condition. Also we knew that Eden is the type of player who can make a big difference when he comes on, even for 20 minutes. Pedro was excellent, too.”

Starting on the right flank, Ruben Loftus-Cheek was Chelsea’s most impressive performer until Hazard’s introduction, panicking the Bournemouth defence with his driving runs and clipping the foot of Boruc’s post with a low shot in the first half.

“I was impressed with him,” Zola said of the academy graduate. “He’s done very well as one of the strikers, wide players, but also he showed a lot of application and sacrifice when he played as a midfielder.

“He was getting tired towards the end, having problems, but he was still disciplined and gave the team a hand. He’s gone a long way since the beginning of the season and improved in many ways. He’s a good boy and works very hard on his game.”