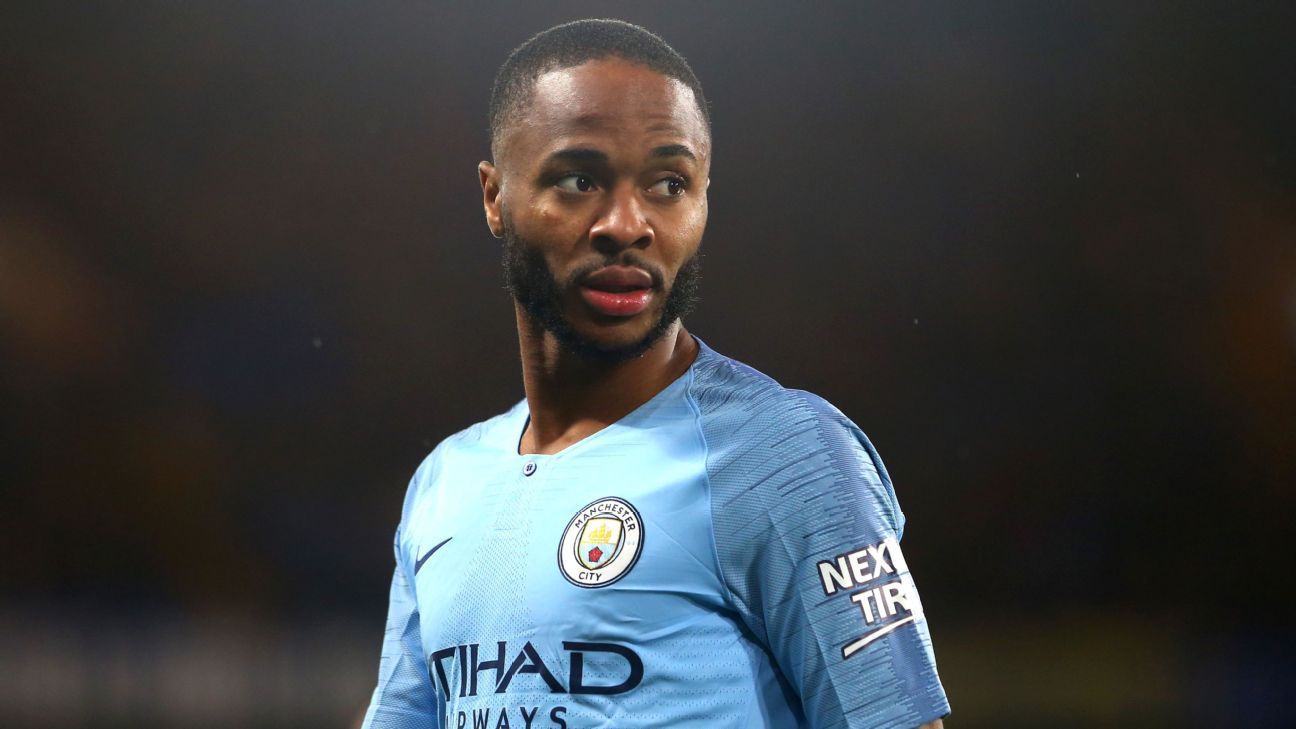 Video circulated on social media during Saturday’s Premier League match between the clubs at Stamford Bridge that appeared to show a Chelsea fan directing a racial slur at Sterling as the England international retrieved the ball from the byline.

Condemnation of the incident was swift and widespread, with both Chelsea and the Metropolitan Police quickly confirming that they were reviewing the footage in order to determine whether an incident of racist abuse had taken place.

In a statement released on their official website, the club said: “Chelsea Football Club has suspended four people from attending Chelsea matches pending further investigations into allegations regarding the behaviour of supporters towards Raheem Sterling during our match against Manchester City on Saturday.

“Our investigations into this matter are ongoing. We are fully supporting the police investigation and any information we gather will be passed on to them.

“Chelsea Football Club finds all forms of discriminatory behaviour abhorrent and if there is evidence of ticket holders taking part in any racist behaviour, the club will issue severe sanctions, including bans. We will also fully support any criminal prosecutions.”

In a post on his official Instagram account on Sunday, Sterling said he laughed at the abuse he suffered at Stamford Bridge because he expected “no better,” and claimed that unfair coverage of black footballers by English newspapers is helping to fuel racial tensions.

Manchester City applauded the measures Chelsea have taken, saying in a statement: “Manchester City FC welcomes Chelsea FC’s decision to issue suspensions to the individuals who verbally abused Raheem Sterling during the match at Stamford Bridge on Saturday.

“The Club and Raheem are fully engaged with Chelsea FC and the investigating authorities as they continue to examine the events in question. Manchester City and Raheem are committed to working with all relevant parties and organisations to support the objective of eradicating racism from the game.”

No arrests have yet been made, but Chelsea are assisting the police with their investigation.

Liverpool don’t have a lot to lose against Real Madrid
Borussia Dortmund star Jude Bellingham is still only 17
Super League is only wanted by a cabal of Europe’s elite club owners. Fans have been forgotten
Getafe vs. Real Madrid – Football Match Report – April 18, 2021
Bayern Munich coach Flick confirms departure at end of season