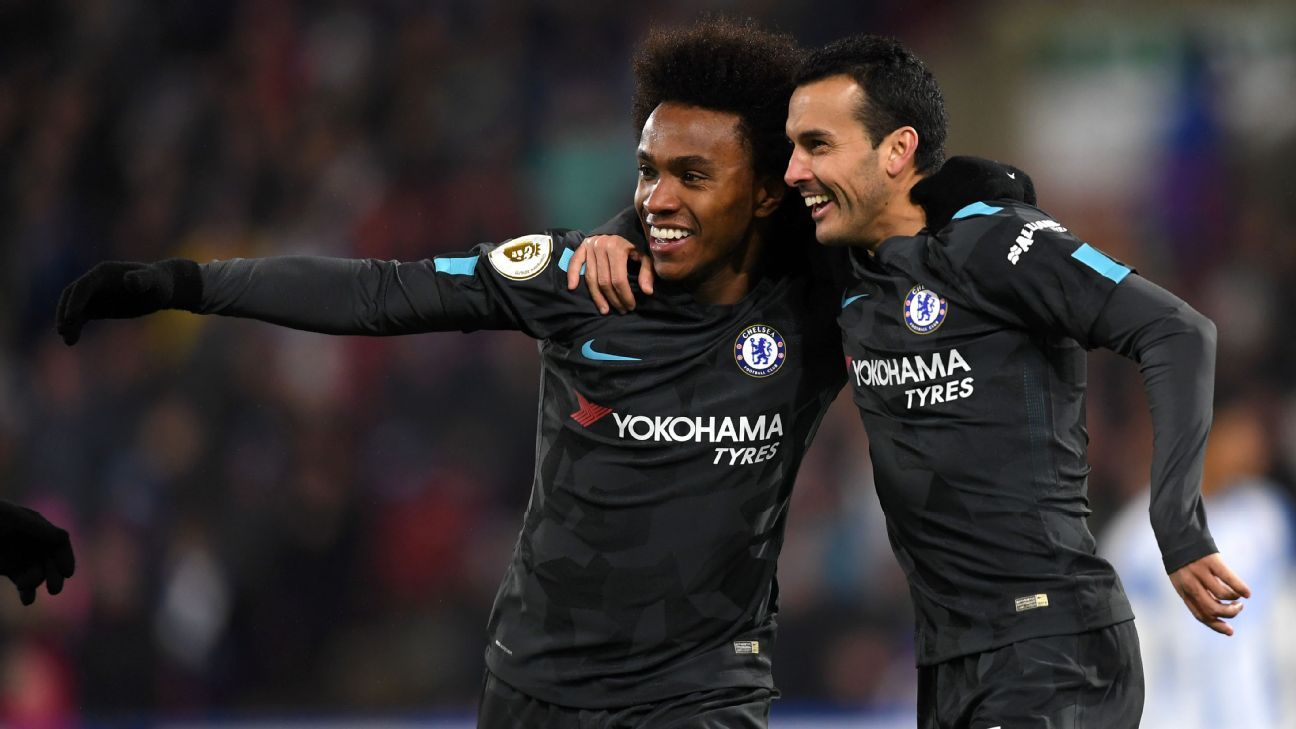 
In the two Premier League matches that he has overseen so far since being appointed Chelsea manager, consistency has been the hallmark of Maurizio Sarri’s selections. In both matches, his version of 4-3-3 has been deployed with the same players starting both matches in their corresponding positions. If his time at Napoli is to be replicated in London, it can be expected that he will establish his preferred starting XI as soon as possible and rarely drift away from what he perceives to be a winning formula.

That is not to say that the XI that began the victories over Huddersfield and Arsenal is now guaranteed to start at Newcastle on Sunday, of course. Fitness and availability have partially dictated Sarri’s selections to date and it is an absolute given that Eden Hazard will return to the team sheet as soon as possible, hopefully at St James’s Park, remaining there permanently unless injured or suspended.

What is less certain is the identity of whoever will be occupying the flank opposite him.

It can be safely assumed that, for the time being at least, Alvaro Morata will be the man to lead the line, which leaves one more spot available along the front three. Although the likes of Ruben Loftus-Cheek, Ross Barkley and Callum Hudson-Odoi could all fill that role, the smart money is on either Pedro Rodriguez or Willian completing the trio. Both players have started both matches so far, leaving little reason to think the regular place will go elsewhere.

On the surface, the solution would appear to be obvious. Willian has been a model of consistency since his arrival at the club in 2013 and has arguably improved season upon season. Providing diligence and energy as well as skill, craft, goals and assists, the Brazil international has won the hearts of the vast majority of Chelsea fans.

And yet judging by the way Pedro has started this campaign, the debate is not that straightforward. The former Barcelona man has seen his form oscillate wildly during his three full seasons at the club, with two disappointing campaigns sandwiching a fantastic one in which he was a vital member of the 2016-17 title-winning team. If his preseason outings and past two Premier League displays are anything to go by, it suggests that this campaign could see a return to the player that contributed so much in Antonio Conte’s first season in charge. A goal against both Huddersfield and Arsenal will have catapulted him to the forefront of Sarri’s thinking.

In many ways, the pair of wide forwards share similarities. Both are ostensibly right-footed, work tirelessly on both sides of the ball and boast an exceptional turn of pace; at first glance they might appear to be facsimiles of each other. On closer inspection, though, they boast contrasting qualities.

Willian is particularly proficient in tight situations, with the ability to shift the ball out of his feet quickly and either burst into space or let fly with a shot. Despite his excellence from dead-ball situations and scorer of spectacular goals, he’s more of a creator than a marksman and is as likely to be supplying the scoring chances as taking them himself.

Pedro’s greatest strength, meanwhile, is his work off the ball with his trademark darting inside runs proving hugely profitable when Conte’s side won the league. Although capable of delivering a decent ball, he’s more often found on the end of a cross rather than at its source.

In their two competitive outings this season, Pedro has clearly been the more influential player and the one seemingly more suited to Sarri’s vision. Against Arsenal in particular, the 31-year-old was constantly making runs from deep to catch the back line off-guard and he was exceptionally hard for the visitors to control. His eagerness to join counterattacks and selfless running will be highly valued by his manager. The fact that he has recently signed an extension to his contract also hints at a positive personal future.

That said, Pedro enjoyed a summer off after failing to be selected for Spain’s World Cup squad while Willian was starring for Brazil in Russia. It is perhaps little surprise that Pedro has hit the ground running a little faster than his teammate. Also, the manner in which Chelsea rebuffed continual approaches from Barcelona for Willian in the most recent transfer window highlights how highly he is regarded at the club.

Both players have a strong case for being one of Sarri’s key lieutenants, and with both being in their 30s, possessing all the experience that brings, their chances of being chosen ahead of the younger crop of talented Englishmen are high. Both are extremely capable when on top form, though it is hoped that if they under-perform, the likes of Hudson-Odoi should at least be given the opportunity to impress.

In the meantime, it’s up to the old guard to decide who takes the final spot and if competition brings out the best in players then Chelsea fans should be in for a treat.