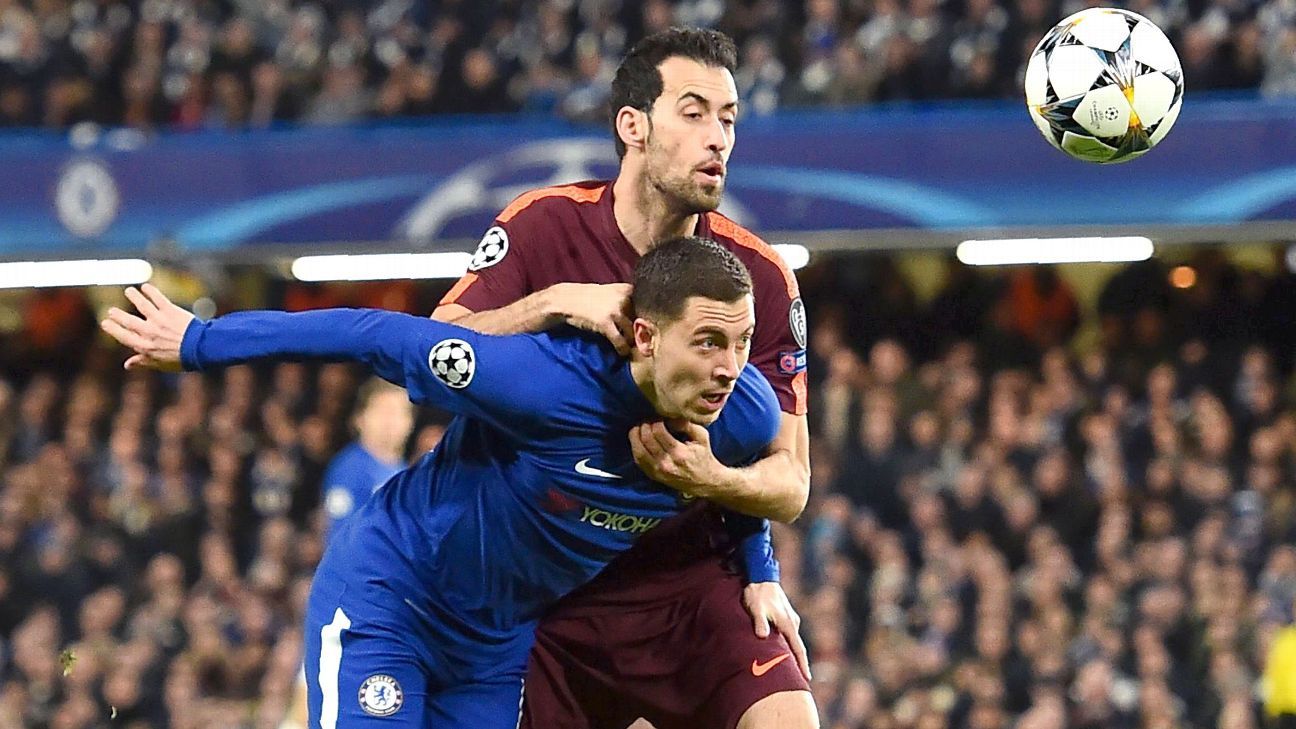 
Antonio Conte has told his attacking players to be ready to suffer when Chelsea travel to Barcelona in the Champions League on Wednesday.

Chelsea must score at the Camp Nou to progress after last month’s 1-1 first leg draw in London.

Eden Hazard was deployed as a “false nine” in that game but subsequently complained about the position following a lacklustre loss at Manchester City.

Conte could call upon the Belgium playmaker to fill the role on Wednesday or opt to use either Olivier Giroud or Alvaro Morata as a more conventional striker.

Conte said he would consult his players over the tactics and hoped for a repeat of the performance at Stamford Bridge, albeit without a Barca goal.

“We need to repeat the game we played at Stamford Bridge and to try to exploit the chances to score,” he added.

A remarkable performance at the Camp Nou saw them draw 2-2 and earn a 3-2 aggregate victory to advance to the final.

Defender Gary Cahill, who was injured in that game, said: “I didn’t spend too long out there last time with my hamstring that I pulled.

“But the result was fantastic and the rest is history. Let’s go there with confidence we can put in a good show and do the best we possibly can to get through to the next round.

“It’s poised nicely. We’ve got one game to try to go through against world-class opposition. We know it’s going to be tough, but we’re ready for the challenge.”