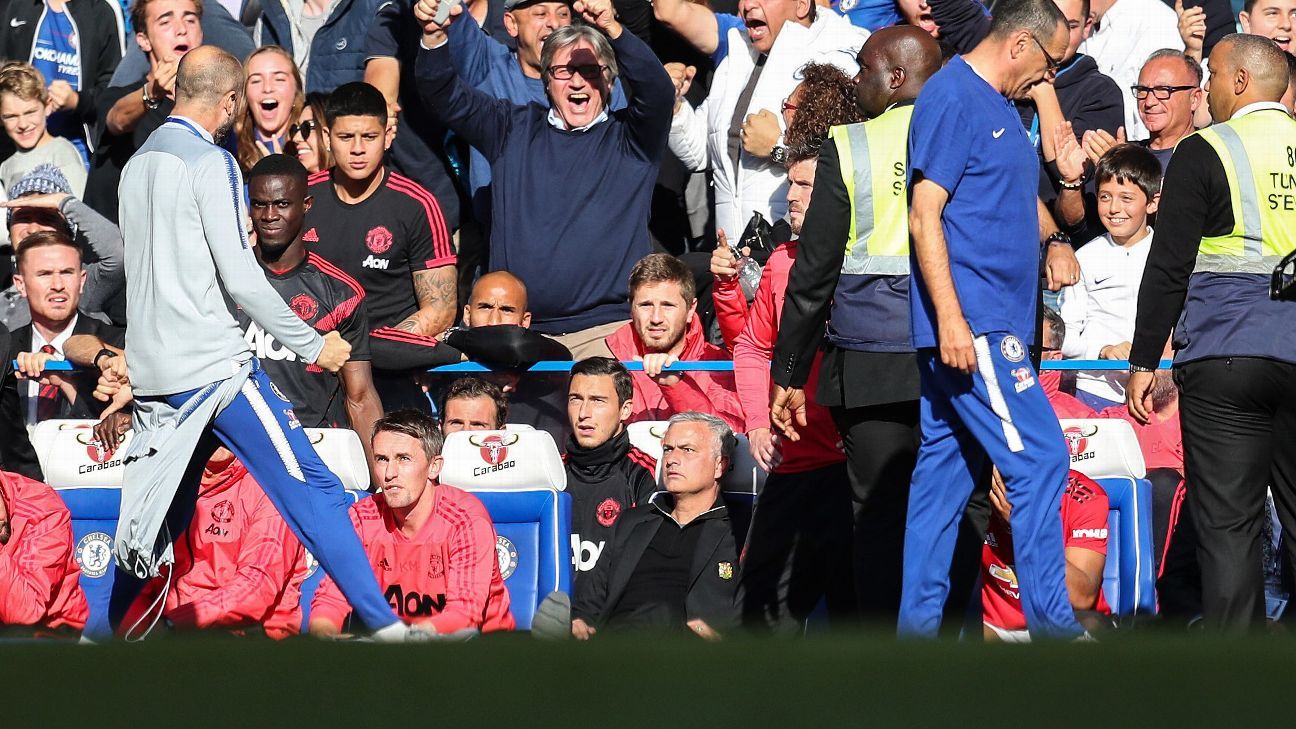 
LONDON — Chelsea assistant Marco Ianni has been fined £6,000 by the Football Association for celebrating in front of Manchester United manager Jose Mourinho after admitting a charge of improper conduct.

Ianni sparked ugly scenes around the Stamford Bridge tunnel in the final seconds of the entertaining 2-2 draw between the two clubs earlier this month when he appeared to goad Mourinho following Ross Barkley’s 96th-minute equaliser.

The United boss had to be restrained by stewards as he attempted to charge after Ianni and was formally reminded of his responsibilities by the FA.

But the role of Maurizio Sarri’s assistant in provoking the situation was deemed by the FA to merit a charge of improper conduct.

Speaking a few days after the game, Sarri hinted that Ianni would accept any FA punishment and confirmed that he will give his assistant another chance.

“He said sorry immediately and it was really very important I think that he realised he was wrong,” Sarri said.

“Everybody I think can make a mistake. But you need to learn from the mistake. And so I think he will be able to do this. I know very well the man, so I am sure.”

Despite Ianni’s actions, Mourinho said immediately after the game that he had accepted Chelsea’s apology.

“I am not annoyed with anything,” Mourinho said. “What happened with Sarri’s assistant, Sarri was the first one to come to me and say he will resolve it.

“The assistant has already come to me and apologised. I told him to forget it. I have made a lot of mistakes in my career.”