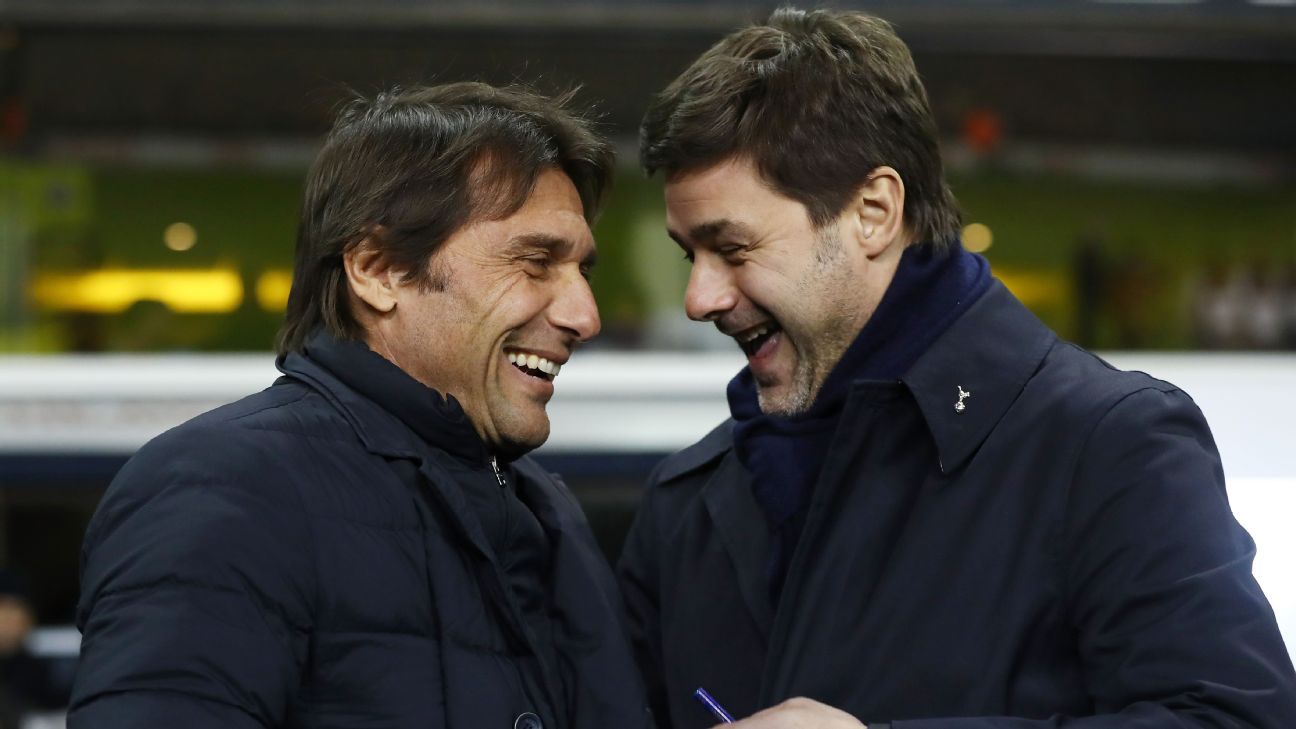 
They are officially the best and second-best teams in the country. When Chelsea and Tottenham meet Sunday, they will revisit last season’s title race, yet the notion of “first and second” is pertinent.

Chelsea and Spurs prospered last season because of the prowess in their respective first XIs, yet they have arguably the weakest second-string sides of the big six. That has a more immediate impact for Chelsea — deprived of the suspended Cesc Fabregas and Gary Cahill as well as the injured Eden Hazard, Tiemoue Bakayoko and (possibly) Pedro — and they are currently conducting an extensive manhunt for someone (well, anyone) capable of playing central midfield at Wembley. They might glimpse enviously at the options afforded to their peers — and not just because Manchester United have added Nemanja Matic to their midfield mix.

Chelsea had five young and untried players on the bench for the defeat to Burnley and one, the 20-year-old debutant Jeremie Boga, in the starting lineup. Meanwhile, as Chelsea, Arsenal, Liverpool and the Manchester clubs currently boast a combined outlay of £600 million, Tottenham are still waiting to complete their first summer signing.

Mauricio Pochettino’s accepting attitude has provided a contrast with Antonio Conte’s complaints about Chelsea’s need for new players. Tottenham began the campaign without either first-choice full-back, Danny Rose or Kieran Trippier, but comparatively little was made of it, as they saw off Newcastle 2-0 with a minimum of fuss. Chelsea started the season without a sidelined trio and the banned Victor Moses and were vocal in their belief that they were left short-staffed as they lost 3-2 to Burnley.

Tottenham coped far better, but the common denominator is that both are left relying on their premier players to retain form, fitness and freshness, something that was easier for Chelsea to do when they were not in Europe.

As such, a comparison of the reserve sides at each of the contenders is instructive. The following teams are based largely on opening-day selections and second-guessing managerial choices, but they are made with the presumption that everyone is available and in the knowledge that the weakened teams can be strengthened by the return of injured players or the integration of new signings.

Some of those selections can be debated, along with their relative merits. Yet it is notable that even outside the first 22, Arsenal could name Jack Wilshere, Kieran Gibbs, Calum Chambers, Francis Coquelin and Mathieu Debuchy, Liverpool could mention summer signing Andrew Robertson, Manchester United could pick Luke Shaw, and Manchester City could recall Samir Nasri or Wilfried Bony.

City’s reserve group, pointing to Pep Guardiola’s philosophy, has a distinct shortage of specialist strikers or defenders and a surfeit of midfielders. Spurs’ group at least has more balance. Chelsea’s second XI contains four expensive signings (Fabregas, Willian, Rudiger and Batshuayi) and a contingent of players that Danny Rose would probably need to google. It has a distinctly makeshift look, with no sense of a defensive midfielder, no obvious right wing-back and a left wing-back in Kenedy, who, by insulting a billion people in preseason, might have derailed his career at a club with global ambitions.

Of course, there is an alternative reserve Chelsea team that could be named, had they not loaned out 26 players and were they to readmit Diego Costa to contention. That side — Caballero; Kurt Zouma, Christiansen, Rudiger; Ola Aina, Fabregas, Ruben Loftus-Cheek, Kenedy; Willian; Costa, Batshuayi — has more pedigree. They still have issues at wing-back and might not win a mini-league of the super-clubs, but they would at least have a chance.

Include the other loanees, and Chelsea could field a promising third XI. Instead, they are weakened by their own hand, courtesy of a club policy of loaning everyone out and a suspicion that Conte would not have selected many of the departed anyway. Perhaps they also reflect a theory that bench strength is overrated.

Squad rotation and stockpiling players have become commonplace. The notion of a starting XI that picked itself had fallen out of vogue until the past two champions, Leicester and Chelsea, revived discredited theories. They were throwback title-winners, sides that suggested it was largely irrelevant who stood on the sides of the preseason team photo, providing the central figures were chosen properly.

Only 13 Chelsea players started seven league games last season; only 13 of their Tottenham counterparts began nine. Meanwhile, 19 United players started at least 13 as they trailed 24 points behind Conte’s men in the final table and with 32 fewer goals than Pochettino’s players. But if it mattered little who the 18th-, 20th- or 22nd-best player at Stamford Bridge was last season or at the King Power the year before, it is harder to sustain that argument about Spurs. Perhaps if Vincent Janssen and Moussa Sissoko had proven more effective, Spurs would be the reigning champions now.

Strength in depth is like an insurance policy: You might never need it, but it can prove invaluable. When Chelsea and Spurs glimpse at their respective benches on Sunday, they might not see the cover they want.