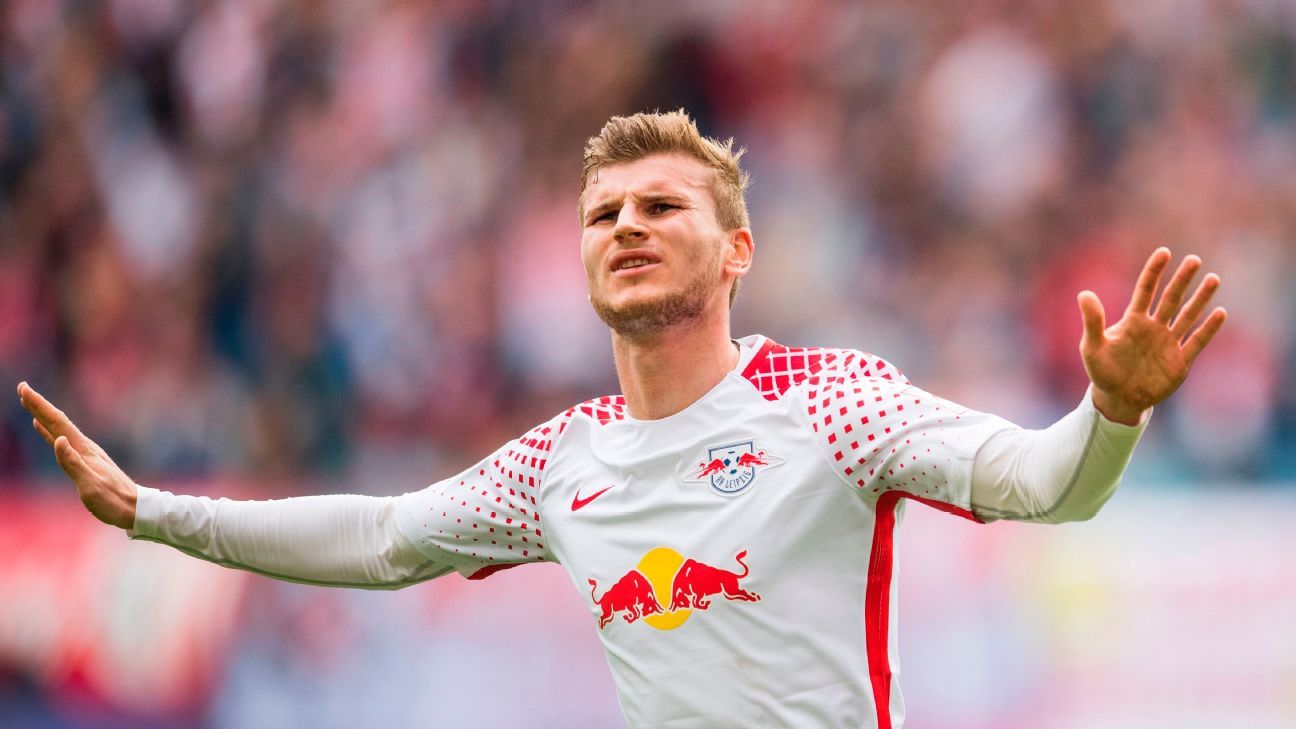 
Chelsea are closing in on the signing of Timo Werner after agreeing to activate the RB Leipzig striker’s £49 million ($62m) release clause, sources have told ESPN.

The Blues have moved ahead of Liverpool in the race for the striker by matching the asking price, with sources telling ESPN that Werner is on the brink of accepting a five-year contract worth £200,000 a week.

Clubs have until June 15 to buy the 24-year-old for a fixed price, and the Blues have decided to act after receiving sufficient encouragement that he would be willing to move to Stamford Bridge.

Liverpool have long been considered front-runners for Werner’s signature given persistent rumours of contact between the two clubs and his admiration for Reds boss Jurgen Klopp.

However, as ESPN reported on Monday, Chelsea were considering switching from pursuing their top target, Lyon‘s Moussa Dembele, if there was a genuine chance of landing Werner.

Sources have told ESPN that a deal is expected to be finalised in the coming days, giving Liverpool, Manchester United or any other club linked with the Germany international one last chance to enter negotiations.

Chelsea are hopeful that an offer of more game time could be enough to persuade him not to go to Anfield, where Sadio Mane, Roberto Firmino and Mohamed Salah are an established front three. Chelsea, by contrast, are rebuilding, with Hakim Ziyech due to arrive from Ajax, while Pedro and Willian are set to depart on free transfers.

Chelsea have been scouring Europe for months in their search for a new striker, having had to rely on Tammy Abraham this season.

Abraham has performed well, scoring 15 goals in all competitions in addition to making his competitive England debut and winning Premier League Player of the Year at the London Football Awards in March.

However, he has yet to prove his consistency at the highest level, and Blues coach Frank Lampard was keen to bolster his options, identifying Dembele as his top target.

Lyon president Jean-Michel Aulas is reluctant to sell this summer and is therefore likely to drive a high price — having previously valued the striker at £80m — so the relative simplicity of Werner’s release clause was appealing to Chelsea. Leipzig are resigned to losing Werner, and with Liverpool stalling over meeting their valuation, Chelsea moved to try to tie up a deal.

Should they prove successful, it will likely end their interest in Arsenal‘s Pierre-Emerick Aubameyang. The 30-year-old is set to leave the Gunners this summer if he fails to agree to a new deal. Chelsea were monitoring the situation, but Werner’s possible arrival makes a raid on their London rivals less probable.

Werner’s possible arrival would also complicate contract talks with Abraham, who is in talks over an extension on his current deal, which expires in 2022.