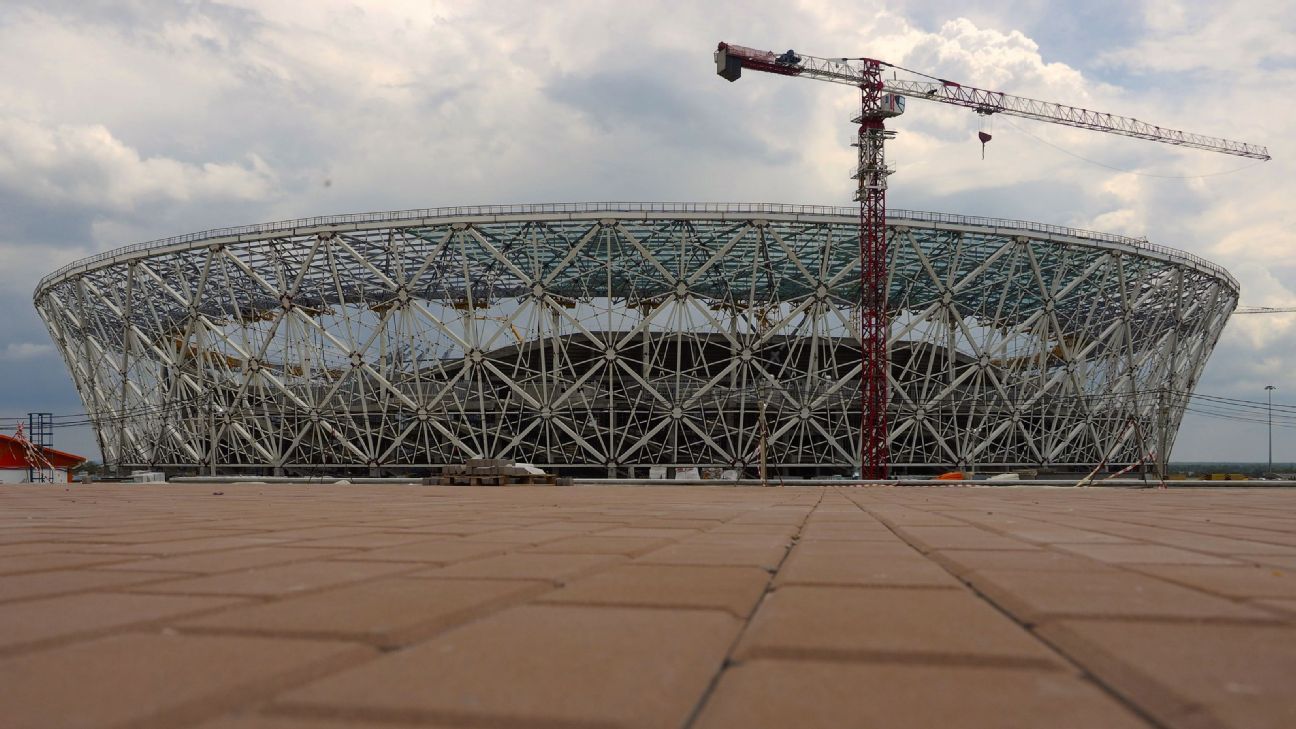 
Grozny, the capital city of Chechnya, has been shortlisted by FIFA as a potential team base camp for the 2018 World Cup finals in Russia, despite some governments warning against travel to the North Caucusus republic.

FIFA and the Local Organising Committee (LOC) have produced a catalogue containing 65 possible bases, within five geographical “clusters,” for the 32 teams competing in next year’s tournament.

And the Hotel Grozny City is one of 19 locations offered by FIFA and the LOC in the Southern Cluster, close to the south-eastern host city of Volgograd.

Cited as being just nine kilometres from Grozny Airport and 5.8 kilometres from the recommended training base, the Grozny City is billed as a five-star hotel and within a one hour flight from southern venues such as Volgograd, Sochi and Rostov.

Akhmat Grozny, previously known as Terek Grozny until being renamed by owner Ramzan Kadyrov — the head of the Chechen Republic — after his father, Akhmat, earlier this month, have played in the Russian Premier League since 2007, hosting games in Grozny since 2008.

But despite previously war-torn Chechnya being free of conflict in recent years, the UK Foreign Office continue to advise “against all travel to Chechnya” due to concerns over security in the region.

Sources at FIFA have told ESPN FC that a number of national associations, including Brazil, Germany, England, Sweden and Belgium, have already spent time in Russia scouting possible locations for base camps at Russia 2018.

Although there are 23 bases offered in and around Moscow, which will stage games at the Luzhniki Stadium and Spartak Moscow’s recently-opened Otkrytiye Arena, sources have said that many of those associations who have spent time in Russia favour locations in the south of the country, around Rostov, Sochi and Krasnodar, due to the more predictable climate than the north and west of Russia.

Distances between host cities are likely to ensure that competing nations wait until after the World Cup draw, in Moscow on Dec. 1, before finalising their base for the tournament.

Kaliningrad, the most westerly venue and potential team base, is listed as being 2,485 kilometres, and a three hours and 20 minute flight, from Ekaterinburg, the host city which is furthest east.